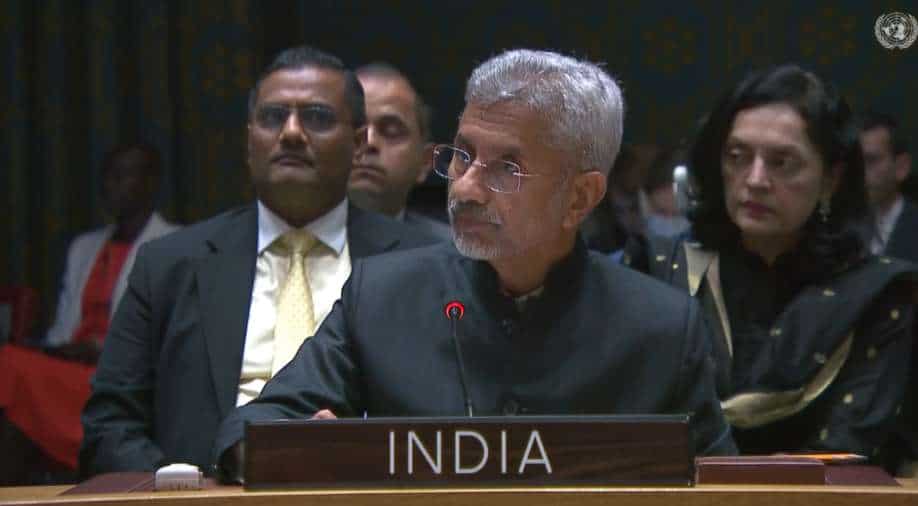 India’s external affairs minister Dr S Jaishankar slammed China for putting a hold on listing of Pakistan-based terrorist at the United Nations Security Council (UNSC). He said the security council “must send an unambiguous and unequivocal message” and “politics should never ever provide cover to evade accountability. Nor indeed to facilitate impunity.”

Explaining further, without mentioning China, he said, “Regrettably, we have seen this of late in this very chamber, when it comes to sanctioning some of the world’s most dreaded terrorists.”

China earlier this month put a hold on listing of key mastermind of 26/11 terror attack, Sajid Mir, in the UNSC’s international terror list–the 1267 Al Qaeda Sanctions committee. Sajid Mir, based in Pakistan, has a reward of up to $5 million on his head announced by US FBI for information leading to his arrest and conviction. Mir allegedly conspired to commit a terrorist attack against a newspaper and its employees in Denmark between 2008 and 2009.

EAM said, “If egregious attacks committed in broad daylight are left unpunished, this Council must reflect on the signals we are sending on impunity. There must be consistency if we are to ensure credibility.”

This is third time this year that China has put a hold on listing of a Pakistan-based terrorist as an international terrorist under UN Sanctions regime.

China, which is a permanent member of the security council and member of the committee that lists international terrorist, also blocked listing of Abdul Rehman Makki and Abdul Rauf. Abdul Rehman Makki is 26/11 mastermind Hafiz Saeed’s brother-in-law and has been involved in raising funds, recruiting, and radicalising youth to violence and planning attacks in India, particularly in Union territory of Jammu and Kashmir. Abdul Rauf is the younger brother of Masood Azhar and was involved in the hijacking of the Indian Airlines Flight IC-814 in 1999.

The external affairs minister was speaking at the UNSC meeting on Ukraine under French Presidency. He expressed “profound concern” over the conflict the impact of which “is being felt even in distant regions”.

Pointing to its consequences “in terms of higher costs and actual shortages of food grains, fertilizers and fuel”, he said, “Global south, especially, is feeling the pain acutely. We must not initiate measures that further complicate the global economy.”

During PM Modi’s bilateral meeting with Russian President Putin in Samarkand earlier this month, he emphasized that this is not an era of war. His comments have been welcomed by the US and France.