Skip to content
HomeWorldAt Qatar’s first-ever kosher establishment, have a bagel but hold the blab

DOHA, Qatar — Qatar’s capital boasts more than its fair share of Michelin-starred restaurants, but Doha’s most exclusive eatery might be a secretive hotel room serving up kosher bagels to hungry Jews at the World Cup.

Getting to Qatar’s first kosher establishment means taking a 15-minute drive from the bright lights and towering skyscrapers of Doha to a hotel. Which hotel? For security reasons, we can’t tell you.

In the hotel’s marble lobby, locals huddle around a TV showing a World Cup soccer match, oblivious to the fact that the building is the site of a historic first for Jewish life in Qatar.

Behind an unassuming hotel door — its location delivered to the chosen people via WhatsApp — one finds two orange crates provided by Qatar Airways packed with shelves of packaged bagels, each one with a stamp signifying that it has been prepared in accordance with Jewish dietary laws.

Also behind the door is Rabbi Eli Chitrik, 21, who manages the covert-ish operation, allowing religious Jewish World Cup visitors to access kosher food, all at no cost, apparently thanks to an anonymous sponsor.

“Today so far, I had about 10 people come,” Chitrik told The Times of Israel, religious paraphernalia sprawled on the bed next to him.

He added that each of those people took food back for their friends and family. “There’s a lot of people.” 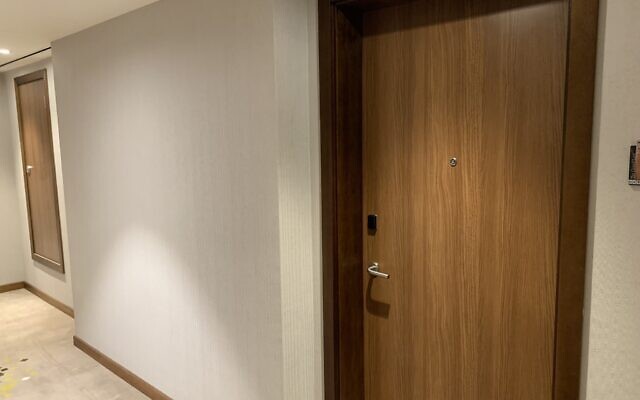 The clandestine meeting in a dark hotel room may have carried a whiff of the illicit, but Chitrik insisted that the whole operation was on the level, brushing aside reports that surfaced earlier in the week claiming kosher food had been banned by the Qatari authorities.

Currently, Qatar has no relations with Israel, and its state broadcaster, Al Jazeera, which is often accused of serving Qatari foreign policy, has long taken a hard line against the Jewish state.

Eli’s father, Istanbul Chabad emissary Rabbi Mendy Chitrik, said a lack of proactivity among the Jewish world in “investing” in kosher food for World Cup visitors led to the false impression that there would be none at the tourney. He said it was only through Rabbi Marc Schneier’s last-minute intervention that some kosher nosh became available.

“It’s really commendable. Maybe it’s not 5-star dining but at least people will have some kosher staples,” said the elder Chitrik, who set up the operation with Schneier, a leading figure involved in building Jewish-Muslim ties in the Gulf. 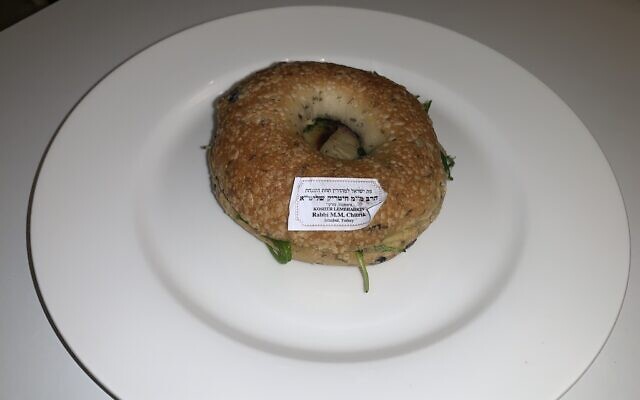 The limited options are a product of the last-minute nature of the kosher food effort, but Mendy Chitrik and Schneier told the Jewish Telegraphic Agency that if they see high demand, they hope to increase the offerings beyond just bagels.

So far, the kosher establishment has served famished fans from the US, Argentina, Germany, Australia, Israel, Brazil, Uruguay and Turkey.

Chitrik is also operating an Instagram page called “KosherInQatar,” where he uploads images of imported foods, mostly from the US, that have kosher certification. 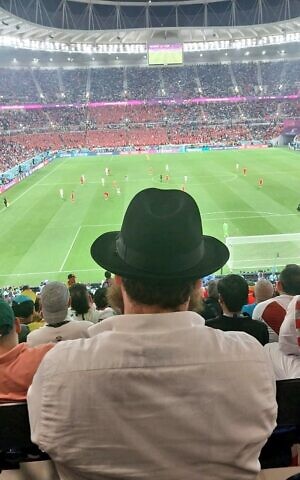 Aside from hosting a kosher speakeasy, the hotel room is also Chitrik’s home for the duration of the nearly month-long tournament. When it ends, he plans on packing up Qatar’s kosher dining scene and returning to his job in the UAE.

While he isn’t advertising his location, Chitrik, who grew up in Istanbul, insisted that he felt safe without having to hide his Jewishness in Qatar.

“I wear a hat everywhere I go,” he exclaimed, referring not to a baseball cap that some observant Jews wear to hide their religious identity, but the highly-identifiable black hats worn by many Hasidic Jews.

When the hat is off, Chitrik sports a bright orange and blue kippah, which he said was intended to attract people’s attention.

JTA contributed to this report.