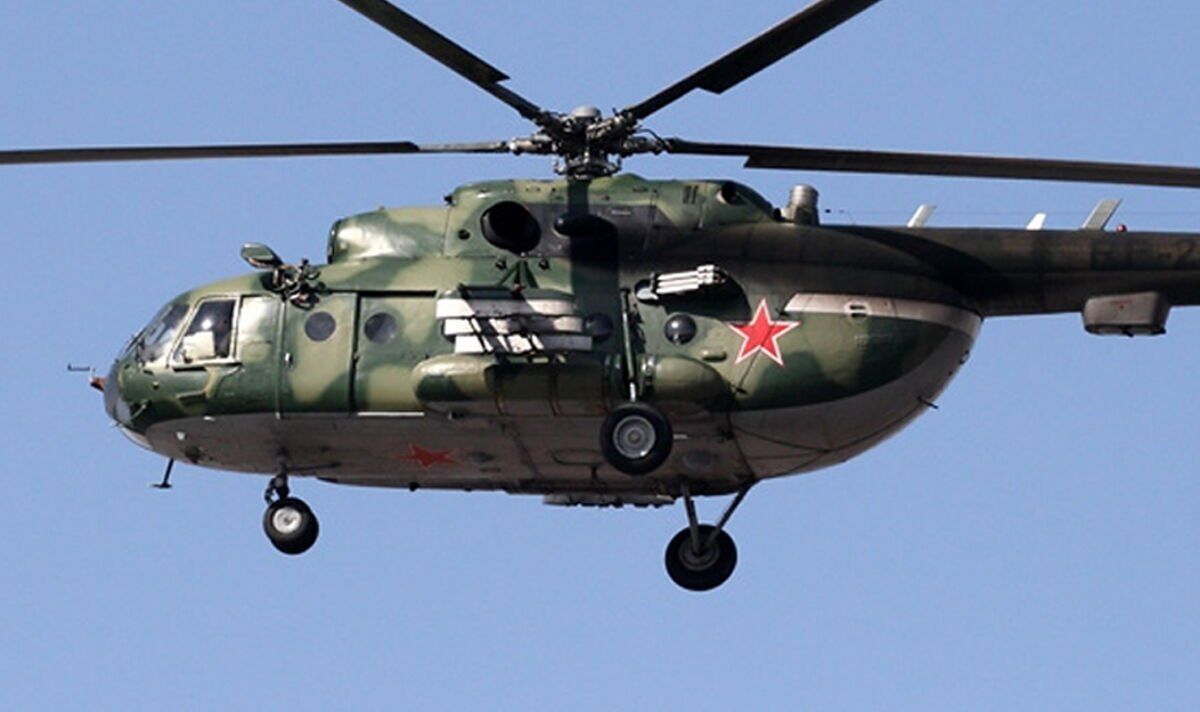 As a major NATO summit approaches, Russia, in a highly provocative move, violated Estonia’s airspace with helicopters multiple times. Estonia also says that the Kremlin is simulating missile attacks against its territory daily.

Estonian defence official Kusti Salm told journalists on Tuesday that the Russian threat has “never been as serious as it is now”.

He added: “It is real life. They are actually simulating missiles attacks against NATO territory and letting us know that they are doing this.”

Tallinn summoned the ambassador after a MI-8 border guard helicopter entered its airspace for two minutes without permission on Saturday evening.

Mr Salm claimed there had been multiple other border violations by Russian helicopters over the last week.

A statement from Estonia’s Foreign Ministry said it flew over the south-east of the country.

It read: “Estonia considers this an extremely serious and regrettable incident that undoubtedly causes additional tensions and is completely unacceptable.”

“Russia must stop threatening its neighbours and understand that the price of the aggression Russia launched against Ukraine is indeed high.”

The hostile move comes as tensions between Russia and another Baltic neighbour, Lithuania, near a breaking point after Lithuania blocked Russian train traffic through the country from its enclave Kaliningrad on the Baltic Sea.

A top ally of Vladimir Putin told Lithuania that it would “feel pain” for banning goods coming across its territory to and from the Russian enclave of Kaliningrad – which is surrounded by NATO members Poland and Lithuania.

The Suwałki Gap, which is the thin piece of land separating the Russian enclave of Kaliningrad and Belarus, would likely be a starting point to any conflict between NATO and Russia.

If Russia were to storm the gap, moving troops through its ally Belarus, it could cut NATO forces in half, potentially weakening the defences in the Baltics.

Only Lithuania and Poland stand in the way of a land bridge from Belarus to the Baltic Sea.

This fact has led to NATO strengthening its forces in the area which include contingents of British soldiers.

Estonia has staunchly supported its fellow Baltic state, likely to the ire of Putin. The country also complained to the Russian envoy earlier this month following comments by Putin who praised an 18th-century Russian leader who conquered an Estonian city.

Estonia, Latvia and Lithuania were part of the Russia empire before gaining independence following Russia’s collapse during World War I. In 1940, they were annexed by the Soviet Union and did not regain their independence until the Soviet collapse in 1991.

The three Baltic states joined NATO in 2004 and would  likely be on the frontlines if ever a conflict was to erupt between NATO and Russia.