Skip to content
HomeWorldAfter hurricane leaves Cubans in the dark, they have taken to the streets to demand restoration of power 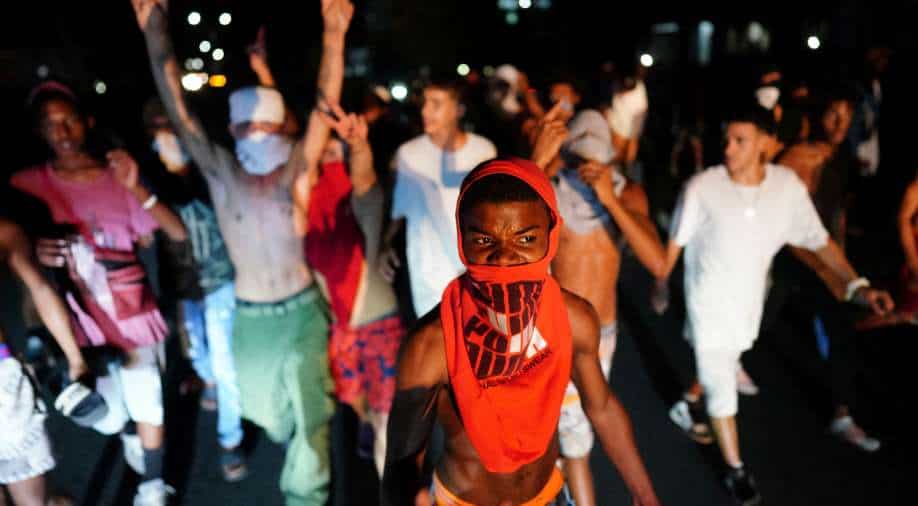 Cubans took to the streets of Havana for a second night late on Friday to protest the continued blackouts across several neighborhoods. Several hundred people came together in the western neighborhood of Playa, chanting “turn on the lights,” as well as anti-government slogans targeting President Miguel Diaz-Canel.

At one point, the group began to chant for freedom, or “libertad,” in Spanish, as protesters walked through a dark, densely populated neighborhood that has been without electricity since Hurricane Ian slammed into the island on Tuesday.

Social media also showed smaller protests elsewhere in Havana on Friday evening. The peaceful protests appeared confined to those places where power had not yet been restored.

Hurricane Ian slammed Cuba earlier this week, leaving the entire country of 11 million in dark. By mid-day Friday, officials said electricity had been restored to more than 60 per cent of customers in Havana, a city of more than 2 million. However, those who are still waiting for power to be restore have grown increasingly anxious.

“It´s like being in hell,” said Carlos Felipe Garcia, who marched shirtless and covered in sweat. “That´s why we´re out on the street, and we´ll keep coming out.”

Officials said on Friday they hoped to have the lights back on across most of Havana by the end of the weekend.

Meanwhile, several truckloads of security forces in black berets blockaded the main boulevard, preventing people from advancing, according to a Reuters witness.

Later an equally large group of hundreds of government supporters chanting “I am Fidel” – a reference to the late former leader Fidel Castro – followed behind the protesters on an adjacent street. The men, many wearing jeans and t-shirts, were armed with sticks, baseball bats and scrapwood.