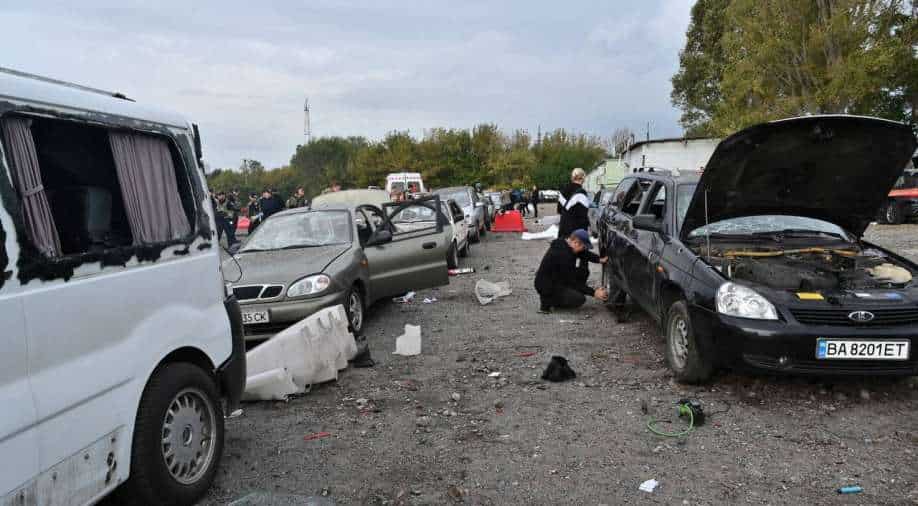 Twenty five people were killed, and 28 others were injured after a Russian missile strike on the outskirts of the Ukrainian city of Zaporizhzhia, the regional governor said on Friday. According to local officials, the missile hit a convoy of civilian vehicles resulting in the death of a number of local inhabitants.

“Twenty-five killed and about 50 wounded in an attack by the Russian military on a humanitarian convoy in Zaporizhzhia. Investigation launched,” said the prosecutor general’s office on Telegram.

The police and emergency workers reached the scene shortly after the missile strike and even the local people helped in getting the people out of the cars. According to Ukraine Times, the cars were sprayed with shrapnel and several of them were badly damaged due to the impact.

A witness in Zaporizhzhia told Reuters that the incident took place near the Orekhovo car market and the convoy comprised of three cars and three vans. The missile landed in the middle of the convoy – where it left a huge crater. The bodies were draped up quickly in plastic sheets.

“We were returning to my mother who is 90 years old. We have been spared. It’s a miracle,” said a woman.

The attack came hours ahead of Russia’s official proclamation regarding the annexation of the region. In the aftermath of the referendums which were declared “sham” by western countries, Russia has claimed victory and formally annexed Kherson, Zaporizhzhia, Donetsk and Lugansk regions.