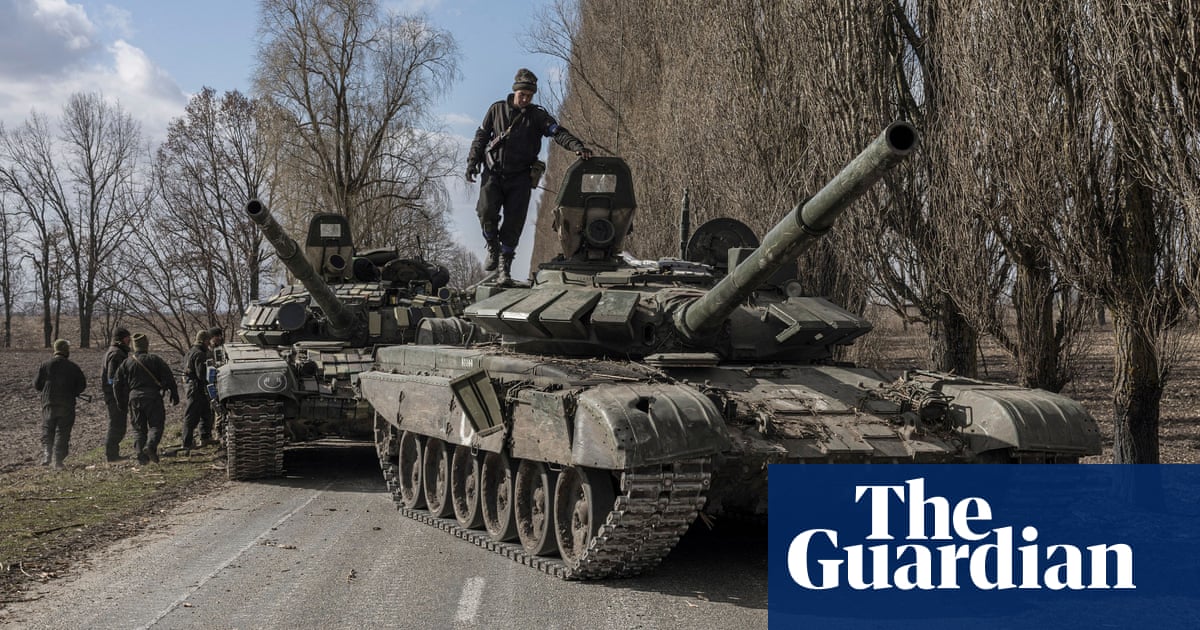 Ukraine is willing to discuss “neutral status” at face-to-face talks with Russia in Turkey, President Volodymyr Zelenskiy has said.

“Our goal is obvious – peace and the restoration of normal life in our native state as soon as possible,” Zelensky said in a late-night video message that also set out his negotiating red lines. “Ukraine’s sovereignty and territorial integrity are beyond doubt. Effective security guarantees for our state are mandatory,” he said.

He used a video interview with independent Russian media outlets to signal his willingness to discuss the idea of Ukraine adopting a “neutral status”, and also make compromises about the status of the eastern Donbas region, in order to secure a peace agreement with Russia. But he said he was not willing to discuss demilitarisation, and said Ukrainians would need to vote in a referendum to approve their country adopting a neutral status.

Several rounds of talks have already failed to end the war sparked by the Russian invasion, which is now in its second month.

The latest round of negotiations, which are due to start on Monday, come amid warnings that the situation in the besieged city of Mariupol is now “catastrophic” and as Joe Biden tried to limit the fallout from his statement at the weekend that Vladimir Putin “cannot remain in power”.

When asked on Sunday if he wanted to see Putin removed from office in Russia he said simply “no”.

The president’s original comments were swiftly walked back by both the White House and the secretary of state, Antony Blinken, who insisted the US did not have “a strategy of regime change in Russia – or anywhere else”. The UK, Germany and France also distanced themselves from Biden’s apparently unplanned remark.

French president Emmanuel Macron said on Sunday that he would not have used Biden’s words, adding that he saw his task as “achieving first a ceasefire and then the total withdrawal of [Russian] troops by diplomatic means”.

He told broadcaster France 3: “If we want to do that, we can’t escalate in either words or actions.”

In his video address, Zelenskiy lamented a month-long Russian invasion that has killed thousands and devastated numerous cities, amid questions as to whether a near-stalemate in fighting has forced Moscow to temper its demands.

The Ukrainian military claimed in its latest operational report that Russia had withdrawn troops that were surrounding Kyiv after suffering significant losses. Meanwhile, the UK Ministry of Defence said Moscow was “effectively isolating Ukraine from international maritime trade” with its blockade in the Black Sea and continuing to conduct sporadic missile strikes against targets across Ukraine.

Concerns remain about Russia’s sincerity in the talks, with Ukraine intelligence chief Gen Kyrylo Budanov suggesting Putin is seeking to split Ukraine into two, emulating the postwar division between North and South Korea.

Budanov said he believed Putin had rethought his plan for full occupation since failing to swiftly take Ukraine’s capital, Kyiv, and overthrow Zelenskiy’s government, raising the prospect of a long conflict.

About 170,000 civilians remain trapped in Mariupol without adequate food, water or medicine, as the southern port city is being turned “into dust” by Russian shelling, according to Ukraine’s foreign ministry.

Zelenskiy claimed that 2,000 children from Mariupol have been taken by Russia, according to a press release published by the president’s office late on Sunday. “According to our data, more than 2,000 children were deported. Which means they were abducted. Because we do not know the exact locations of all these children. There were children with and without parents. It’s a catastrophe, it’s horrible.”

Zelenskiy said the city remained blocked by the Russian military, describing the situation as a humanitarian catastrophe. “Food, medicine, and water can’t be delivered. The Russian troops are shelling humanitarian convoys and killing drivers.”

France, Greece and Turkey are hoping to launch a “humanitarian operation” to evacuate civilians within days, according to Macron, who has sought approval from Putin.