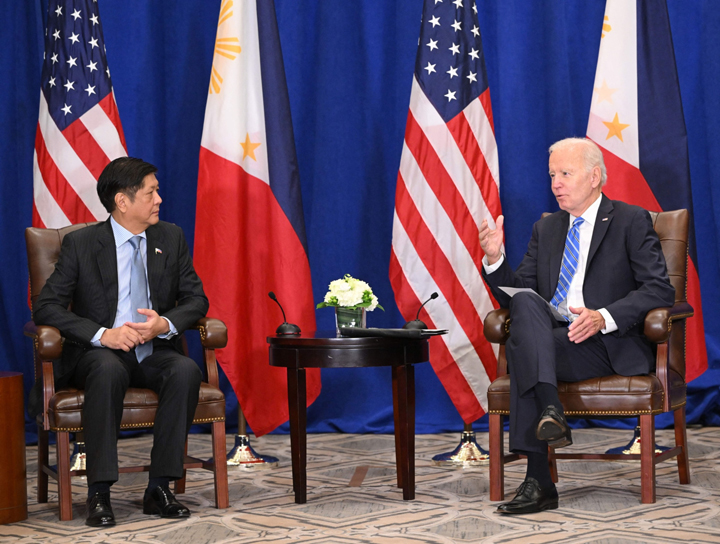 President Joe Biden reaffirmed the United States’ “ironclad commitment to the defense of the Philippines” during his meeting with counterpart Ferdinand R. Marcos Jr. in New York.

The two leaders also “underscored their support for freedom of navigation and overflight” in the South China Sea, and sought peaceful resolution of disputes, according to a White House readout. Biden and Marcos also tackled expanding ties in energy security, climate action and infrastructure, the White House said.

The Philippines and US alliance, one of the most enduring security partnerships in the region bound by a mutual defense treaty dating back to the 1950’s, was threatened during the time of former President Rodrigo Duterte who once called for a separation from its former colonizer.

Marcos has pledged to strengthen political and economic ties with the US, in contrast with his predecessor Duterte, saying that his nation looks to the US whenever in crisis.

The son and namesake of the late strongman former President Ferdinand E. Marcos Sr. is also facing a $354 million fine for contempt of court in the US after he failed to comply with rulings on disbursing the Marcos family assets. However, US Deputy Secretary of State Wendy Sherman in June said Marcos has diplomatic immunity as head of state and can enter America.

Signaling that he will continue to balance interests between the US and China, Marcos said earlier this week that the Philippines will be “a friend to all and an enemy to none.” He has said that he can’t see his nation’s future without the US as an ally, while also calling China the “strongest partner” of his country in pandemic recovery.