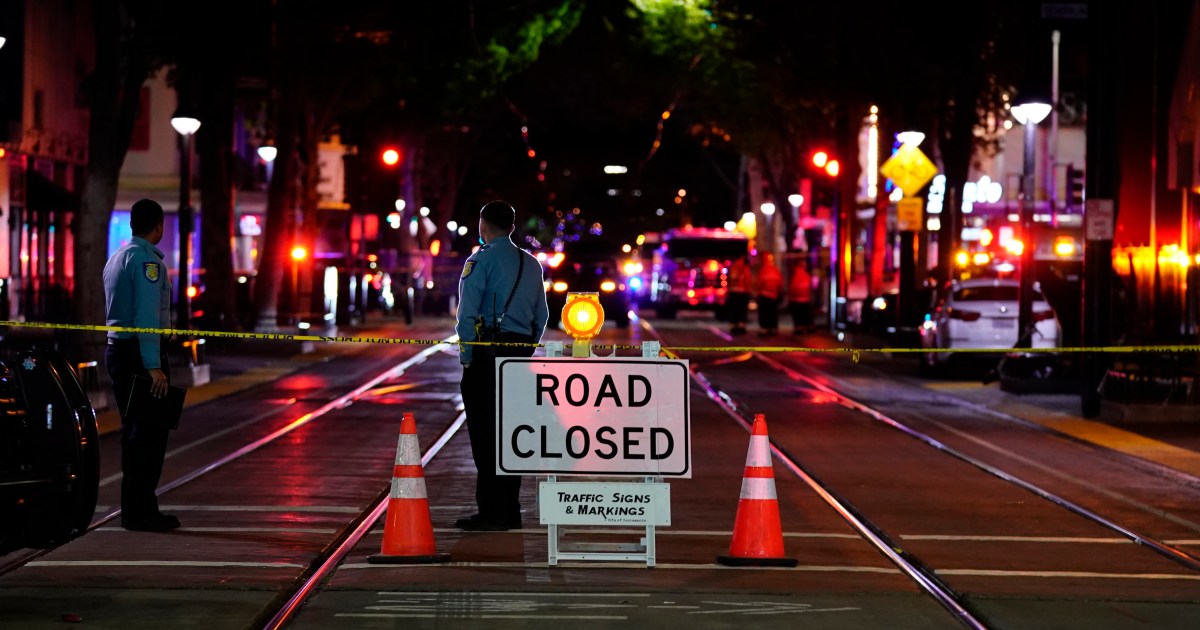 Police ask residents to avoid the downtown area as they are looking for the shooter and no suspects are in custody.

Police in California are searching for suspects in connection with a mass shooting in downtown Sacramento that killed six people and wounded at least 10 others.

Sacramento Police Chief Kathy Lester said at a news conference that police were patrolling the area at about 2am (10:00 GMT) on Sunday when they heard gunfire.

When they arrived at the scene, they found a large crowd gathered on the street and six people dead. Another 10 either took themselves or were transported to hospitals. No information was given on their conditions.

Authorities do not know whether one or more suspects were involved and are asking for the public’s help in identifying who is responsible. Lester did not give specifics on the type of gun used.

This is “a very complex and complicated scene”, she said. Lester issued a plea to the public, asking for witnesses or anyone with recordings of the incident to contact the police.

ADVISORY: 9th St to 13th St is closed between L St & J St as officers investigate a shooting with multiple victims. Conditions unknown at this time. Please avoid the area as a large police presence will remain and the scene remains active. Please follow this thread for updates. pic.twitter.com/lGhUJCnLWe

Shortly after the shooting, a video was posted on Twitter that showed people running through the street amid the sound of rapid gunfire. The video showed multiple ambulances at the scene.

Sacramento Mayor Darrell Steinberg said on Twitter: “Words can’t express my shock & sadness this morning. The numbers of dead and wounded are difficult to comprehend. We await more information about exactly what transpired in this tragic incident.”

Residents were asked to avoid the area, which is packed with restaurants and bars, including the London Nightclub, and is close to the Golden 1 Center, where the Sacramento Kings play basketball.

The incident comes a little more than a month after a man shot and killed his three children and a fourth person before taking his own life in the same city.