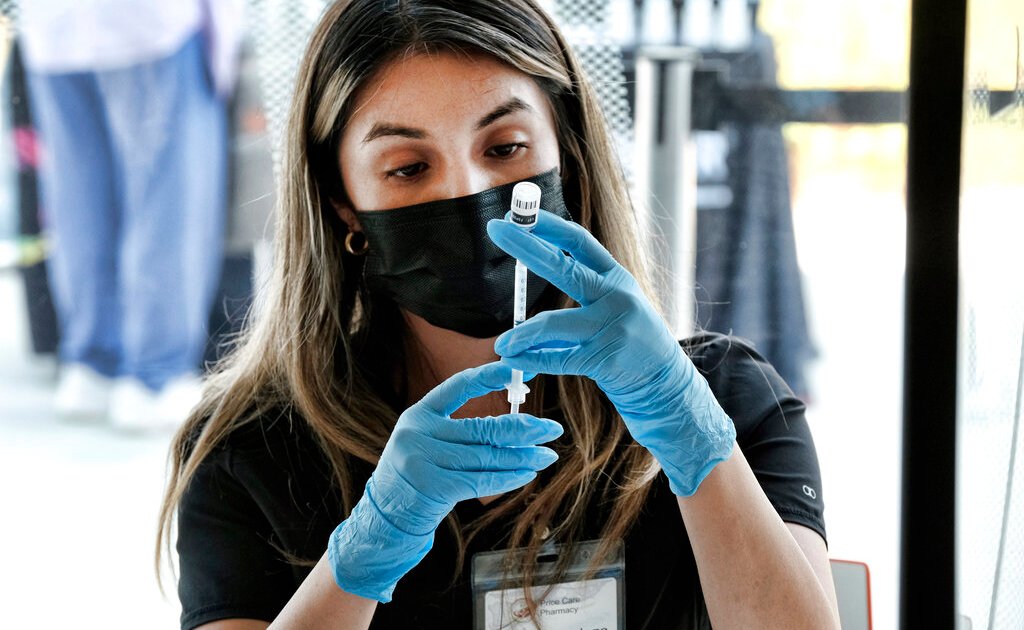 More than 6,600 cases have been detected in the US as the Biden administration faces scrutiny on vaccine distribution.

As of August 3, more than 6,600 cases of the disease had been confirmed in the US, according to the Centers for Disease Control and Prevention (CDC).

“We’re prepared to take our response to the next level in addressing this virus, and we urge every American to take monkeypox seriously,” Secretary of Health and Human Services Xavier Becerra said at a briefing Thursday.

In light of evolving circumstances on the ground, I am declaring a public health emergency on #monkeypox. We are prepared to take our response to the next level in addressing this virus. We urge every American to take monkeypox seriously.

The disease can result in symptoms such as fever, headache, aches, chills, and rashes that can be itchy and painful, but is rarely fatal. There have been no reported deaths in the United States.

“Monkeypox can be spread from the time symptoms start until the rash has healed, all scabs have fallen off, and a fresh layer of skin has formed,” said the CDC website. “The illness typically lasts 2-4 weeks.”

The disease can spread through prolonged and close skin-to-skin contact, including hugging, cuddling and kissing, and sharing bedding, towels and clothing. Health officials have emphasised that anyone can contract the disease, although men who have sex with men have been more likely to be affected.

The United Nations has also criticised some news coverage about the virus, warning that poor journalism can “reinforce homophobic and racist stereotypes and exacerbate stigma”.

The Biden administration has faced criticism for its failure to ensure the availability of vaccines for the disease, contributing to shortages in cities such as New York and San Francisco.

Earlier this week, the White House named officials from the Federal Emergency Management Agency (FEMA) and the CDC to serve as the White House coordinators to combat the outbreak.

Monkeypox is not known to be a sexually transmitted virus, but sexual contact would constitute close contact, one of the main routes by which the virus is known to spread.

The UN has suggested limiting the number of sexual partners a person has to decrease the risk of transmission. While men who have sex with men have been disproportionately likely to be affected, public officials have stressed that anybody can contract monkeypox.

“We know that this virus impacts everyone equally – but we also know that those in our LGBTQ community are at greater risk right now,” said San Francisco Mayor London Breed in a July 28 statement declaring monkeypox a local public health emergency.

“A few weeks ago, the San Francisco Department of Public Health requested 35,000 vaccines to start to get at those most at risk for contracting the virus,” said Breed. “So far, in the last three weeks, we’ve barely received a one-third of that request … we are going to need far more than 35,000 vaccines to protect our LGBTQ community and to slow the spread of this virus.”