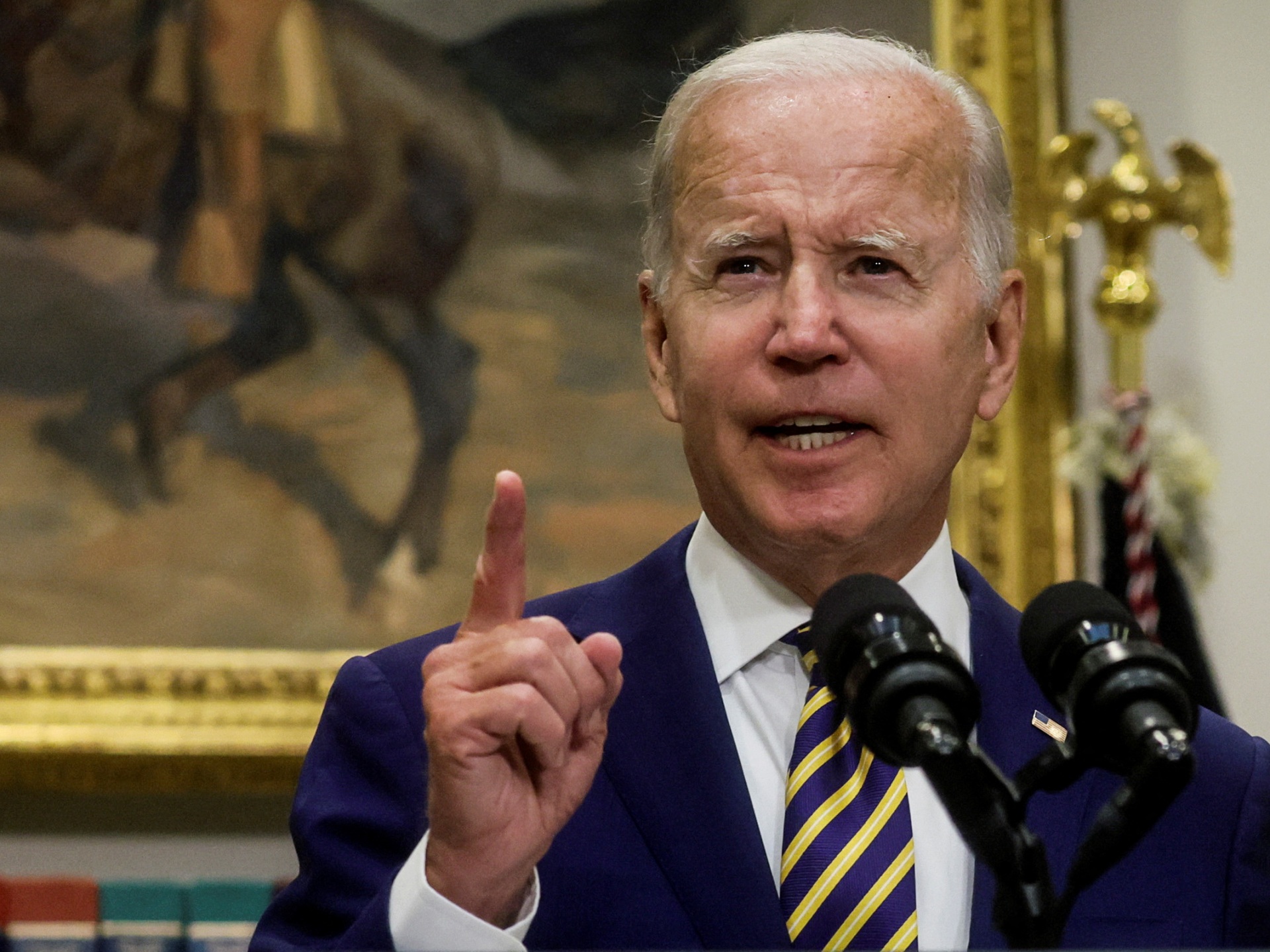 Joe Biden accuses Moscow of ‘trampling on the United Nations Charter’ as US targets hundreds in new sanctions package.

The United States has unleashed a new round of sanctions against hundreds of Russia-linked firms and officials over Moscow’s annexation of Ukrainian territories, which President Joe Biden has called a show of “contempt for peaceful nations”.

The Department of the Treasury on Friday targeted nearly 300 members of Russia’s legislature, as well as companies and individuals it accused of links to the country’s “military-industrial complex”, including the Russian central bank governor.

The sanctions, which Secretary of the Treasury Janet Yellen called “swift and severe”, freeze the targeted groups’ and individuals’ assets in the US and make it illegal for American citizens to do business with them.

“The Treasury Department and US government are taking sweeping action today to further weaken Russia’s already degraded military industrial complex and undermine its ability to wage its illegal war,” Yellen said in a statement.

The US Department of State also added more than 900 people to its visa restriction list, accusing them of being linked to Russia’s war effort.

“Russia is violating international law, trampling on the United Nations Charter, and showing its contempt for peaceful nations everywhere.”

Earlier in the day, Russian President Vladimir Putin announced that Russia would absorb the partially occupied Ukrainian regions of Donetsk, Luhansk, Kherson and Zaporizhia. “This is the will of millions of people,” he said in the speech from St George’s Hall at the Kremlin.

Russian-installed officials in the territories recently held votes on joining Russia, which Ukrainian and Western officials denounced as “sham” referendums.

Biden said Washington will rally the international community to denounce Russia’s annexation and hold Moscow accountable. “We will continue to provide Ukraine with the equipment it needs to defend itself, undeterred by Russia’s brazen effort to redraw the borders of its neighbour,” he said.

On Thursday, the US Senate passed a bill allocating $12bn in funds for Ukraine, adding to the tens of billions of dollars in aid approved earlier this year. Biden said he is looking forward to signing the measure into law.

The US president also urged world leaders to reject the annexation and stand with Ukraine for “as long as it takes”.

Western governments and the United Nations have condemned the Russian move, with UN Secretary-General Antonio Guterres warning on Thursday that the annexation effort has “no legal value”.

Russia launched the invasion of its neighbour in February after a months-long standoff that saw Putin demand an end to NATO expansion into former Soviet republics.

But Moscow’s military campaign has been mired by setbacks. In recent weeks, Ukrainian forces — backed by US weaponry — recaptured large swaths of territory in a counteroffensive in the east of the country.

On Friday, Ukraine’s President Volodymyr Zelenskyy said his country is submitting an “accelerated” application to join NATO. “We are taking our decisive step by signing Ukraine’s application for accelerated accession to NATO,” he said in a Telegram post.