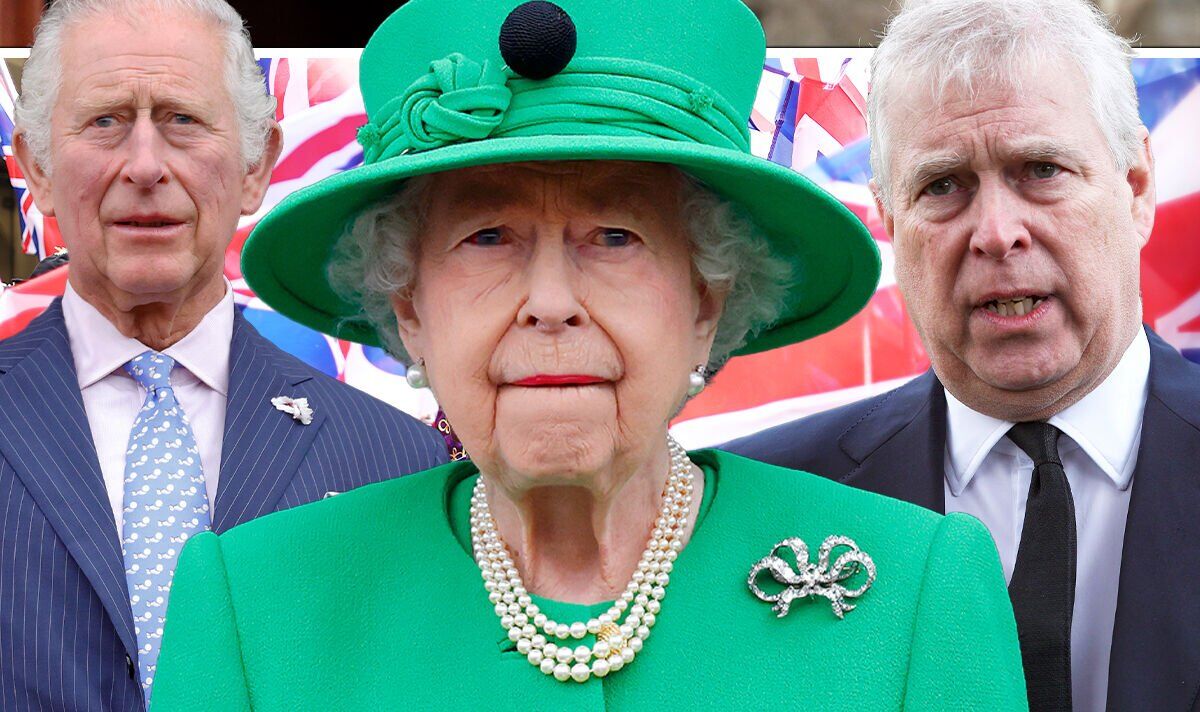 A U-turn has been performed after it was revealed earlier this year an order was still in place to mark the Prince Andrew‘s birthday on February 19. A host of councils throughout the country refused to obey the flag-flying move, and it was therefore quietly dropped. Now the Queen and Prince Charles will be the only royals honoured with the Union Flag flying over Government buildings on their birthdays.

In an attempt to save Prince Andrew from embarrassment, the honour has also been stripped from Prince William, Kate Middleton, Prince Anne, Prince Edward, Camilla and Sophie Wessex.

The Government decision has been signed off by the 96-year-old monarch herself, according to The Sun.

Insiders told the newspaper it was “so as not to upset Andrew, who is decidedly prickly on these sorts of matters”.

Another source said: “It is widely considered to have happened to avoid embarrassment for Andrew.”

Prince Andrew was stripped of his official duties earlier this year after he agreed to pay a £12million settlement Virginia Roberts, who accused him of sexually abusing her when she was 17.

Each year, the Government publishes a list of designated days for the Union Flag to fly over Government buildings.

But this year, the guidance on flags has changed according to archives of its code on flying the Union Flag.

Most working royals, as well as Prince Harry and Meghan Markle, were present.

But Andrew was absent from the celebrations after it was revealed he was isolating after testing positive for Covid.

The latest flag changes come with speculation Prince William it lobbying the Queen to have his uncle the Duke of York barred from public life.

A friend of William told the Daily Mail: “He has strong views on the Duke of York and believes his insistence in trying to cling on to a public role is highly dangerous for the institution.

“He would have cut him loose a long time ago if it had been up to him.

“He understands that when it comes to mother and son the situation is complicated, but honestly I think he just wishes he would vanish from public view.”