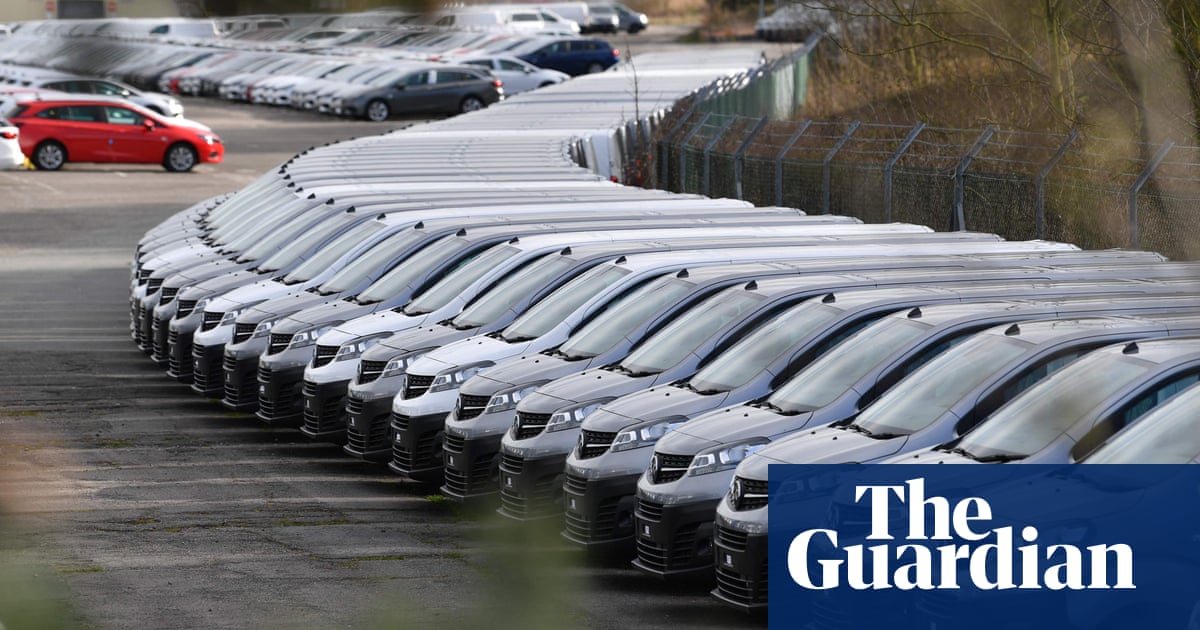 UK car sales slumped by a fifth last month compared with a year earlier as the semiconductor shortage continued to bite and the industry raised concerns over the impact of inflation on the market.

New UK car registrations fell by 20.6% year on year to 124,400 in the second weakest May since 1992, according to the Society of Motor Manufacturers and Traders (SMMT), a lobby group.

Dealers of new and used cars have experienced strong demand for vehicles since dealerships reopened after the first Covid pandemic lockdowns in 2020, which had allowed wealthier households to save more.

However, carmakers have been unable to take advantage of the demand because of the crisis in global supply chains, with semiconductors used to make the computer chips that control everything from entertainment systems to windscreen wipers and car batteries in particularly short supply. The Intel chief executive, Pat Gelsinger, last month said he did not expect shortages to end until 2024, later than most carmakers expected.

Other parts in short supply have included wire harnesses, relatively simple components that bundle together cables used to control different systems in a car. Several carmakers sourced wire harnesses from Ukraine, where production has been disrupted by Russia’s invasion.

The SMMT said carmakers in the UK were focusing on delivering electric vehicles as they try to meet tightening carbon emissions regulations. Electric vehicles accounted for almost a fifth of all new car sales in May, and 14% in the year so far with a record 92,000 sold.

Overall, the UK new car market remained almost a third below the 2019 pre-pandemic level despite all of the orders on manufacturers’ books.

The car industry is warning that high inflation could stifle demand for new cars in the coming months as consumers have less money to spend and become less likely to take out the large loans usually used to buy new cars.

Sue Robinson, the chief executive of the National Franchised Dealers Association, another lobby group, said that the “increasing cost of living pressures in the UK” were also contributing to the “subdued new vehicle market”, as well as the chip shortage.

Mike Hawes, the SMMT chief executive, said: “In yet another challenging month for the new car market, the industry continues to battle ongoing global parts shortages, with growing battery electric vehicle uptake one of the few bright spots.

“Delivering on net zero [carbon emissions] means renewing the vehicles on our roads at pace but, with rising inflation and a squeeze on household incomes, this will be increasingly difficult unless businesses and private buyers have the confidence and encouragement to do so.”