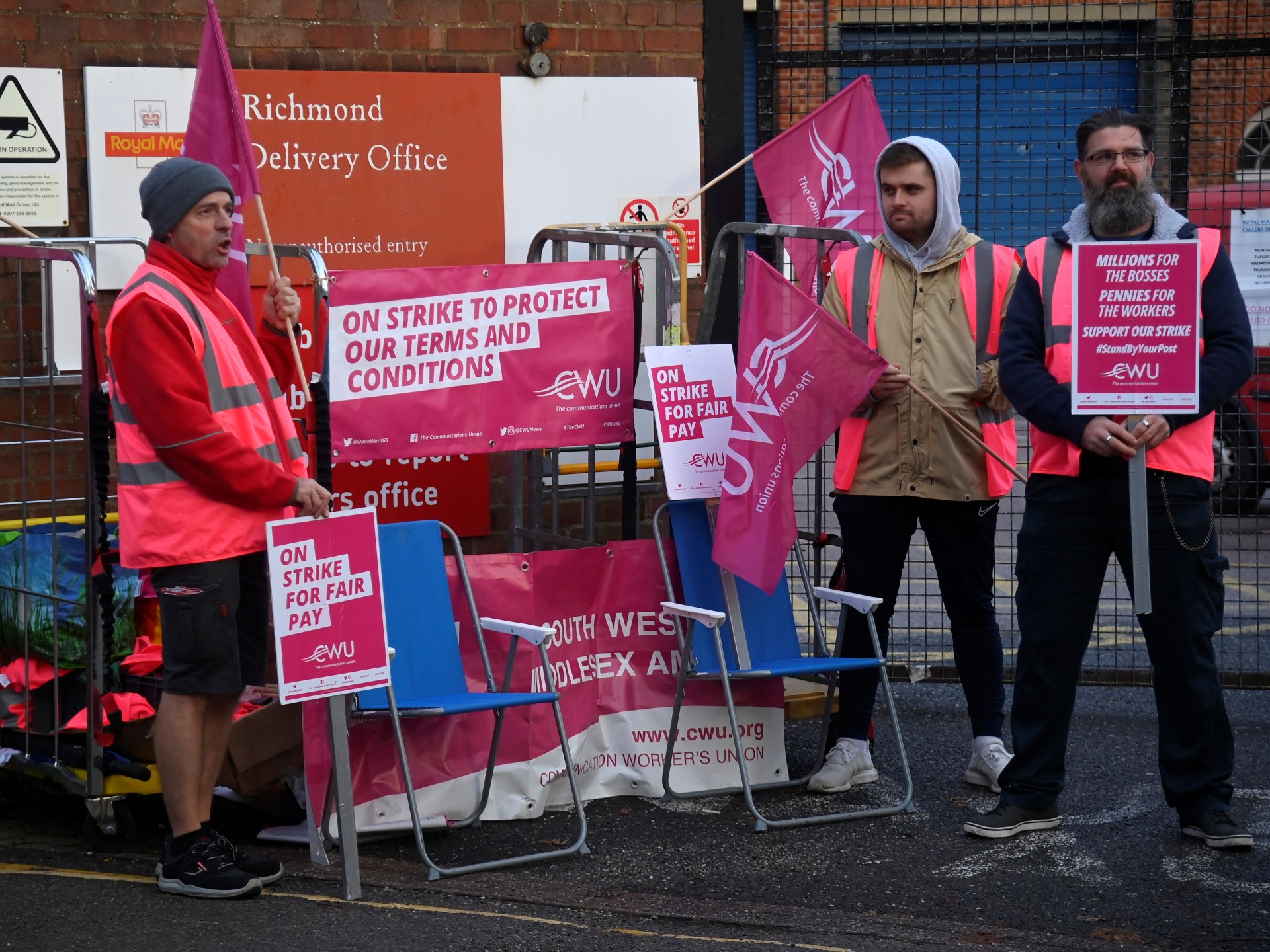 Thousands of postal workers, university lecturers and schoolteachers in the UK have gone on strike to demand better pay and working conditions amid the country’s cost-of-living crisis.

Picket lines were set up outside postal offices, universities and schools on Thursday in one of the biggest coordinated walkouts this year.

Lawyers, nurses, postal workers and many others have walked out of their jobs to seek pay rises that match soaring inflation.

Domestic energy bills and food costs have skyrocketed this year, driving inflation to a 41-year high of 11.1 percent in October.

In Scotland, most schools closed on Thursday as teachers there took the first large-scale strike action in decades.

In universities, about 70,000 academic staff went on strike on Thursday and they will walk out again on November 30 in the biggest action of its kind in higher education. The move affects an estimated 2.5 million students.

Meanwhile, workers at the Royal Mail walked out on Thursday and will do it again on Black Friday and Christmas Eve.

The latest walkouts come after the  National Union of Rail, Maritime and Transport Workers announced on Tuesday that more than 40,000 rail workers will stage strikes in December and January, disrupting travel for scores of people during the busy festive season.

The union said members will walk out for four days from December 13 and in the first week of January.

Pubs, bars and other hospitality businesses have expressed dismay at the latest train strike announcement.

“Continued rail strikes have had a huge impact on our hospitality sector; preventing staff from making it into work and disrupting consumers’ plans, meaning a huge drop in sales for venues across the sector,” said Kate Nicholls, chief executive for the UK Hospitality trade body.

“Further strikes during the busiest time of the year for hospitality will be devastating, just as everyone was anticipating an uninterrupted Christmas period for the first time in three years,” she added.