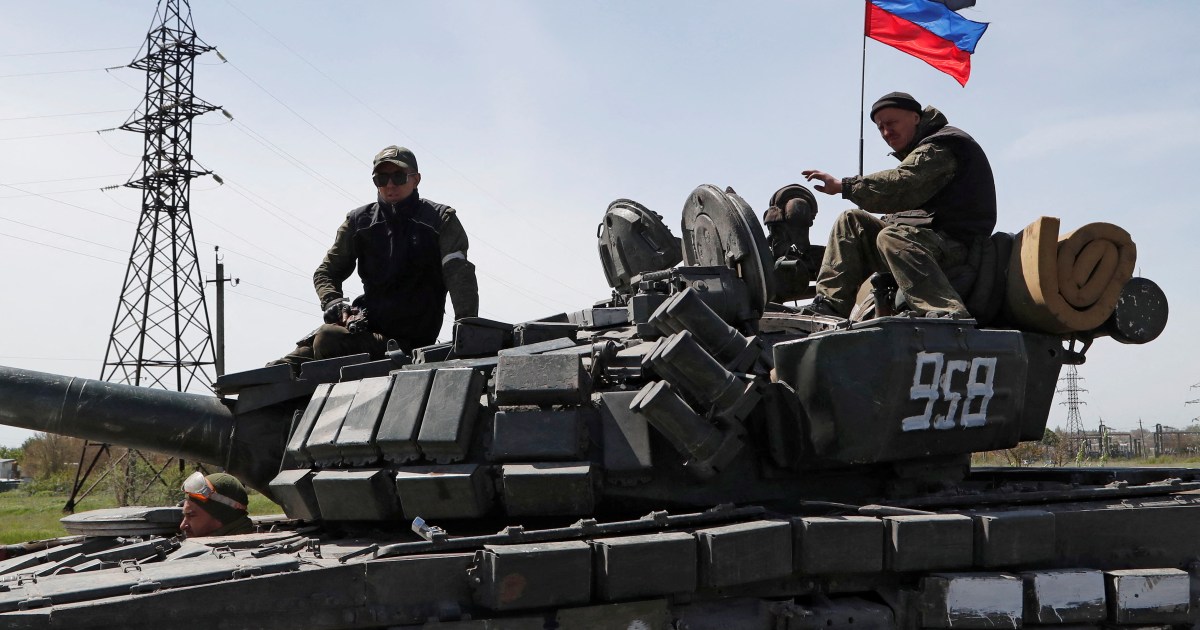 Dylan Healy and Andrew Hill have been charged with mercenary activities in Russian-controlled eastern Ukraine.

The United Kingdom’s Foreign Office has condemned the exploitation of prisoners of war and civilians, after two British men were captured by Russian forces and charged with being mercenaries in Ukraine.

Aid worker Dylan Healy, 22, and military volunteer Andrew Hill have been charged with carrying out “mercenary activities”, officials in the Moscow-backed Donetsk People’s Republic (DPR) said, according to Russian state media TASS. The outlet reported on Friday that the men were refusing to cooperate with investigators.

The Foreign, Commonwealth and Development Office (FCDO) is understood to be actively investigating and is providing support to the men’s families.

“We condemn the exploitation of prisoners of war and civilians for political purposes and have raised this with Russia,’’ the FCDO said in a statement on Saturday.

“We are in constant contact with the government of Ukraine on their cases and are fully supportive of Ukraine in its efforts to get them released.”

It comes after a video shown on Russian television in April featured a man speaking with an English accent who appeared to give his name as Andrew Hill from Plymouth.

Last month, two Britons and a Moroccan were sentenced to death by authorities in the self-proclaimed DPR for “mercenary activities” after being captured fighting for Ukraine against Russia and Russian-backed forces, in what Western politicians decried as a show trial.

Their relatives say they were contracted to fight for the Ukrainian army, and therefore were not mercenaries but regular soldiers entitled to the protection of the Geneva Conventions on treatment of prisoners of war.

TASS reported on Friday that the DPR Supreme Court had received appeals from lawyers for Brahim Saadoun and Shaun Pinner, but that the other Briton, Aiden Aslin, had yet to submit an appeal.

TASS cited the court as saying the appeals would be considered within no more than two months.

It said Pinner had asked for his sentence to be commuted to life imprisonment.

An updated DPR criminal code published on an official website that took effect on Friday says the death penalty will start being used from 2025.

The UK has declined to deal publicly with Russian proxy authorities in the DPR that it does not recognise, preferring to ask Kyiv for assistance. Russia has said the men’s fate is a matter for the DPR.