Skip to content
HomeNewsThe ‘promised land’ in the wilderness 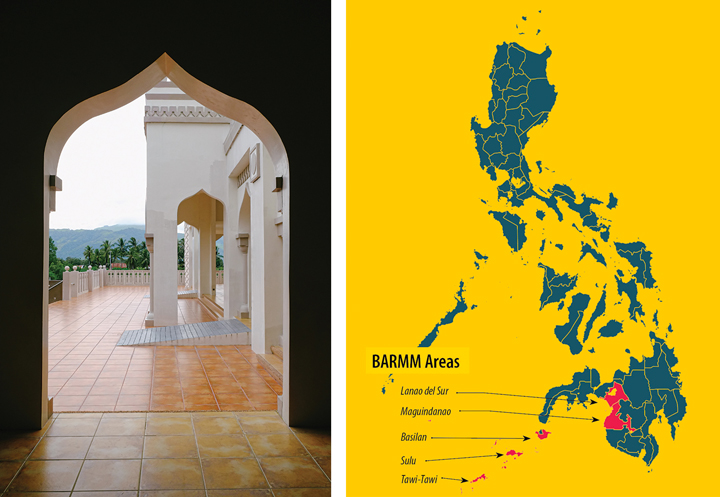 DAVAO CITY—The Bangsamoro region—that’s the autonomous region for Filipino-Muslims in Mindanao—capped a transition year of governance with P6.9 billion in fresh investments, a significant feat for a region struggling with a rather unsavory reputation of violence and bloodshed.

With a few remaining months before 2022 ends, the regional Bangsamoro Board of Investments (RBOI-BARMM) reported the updates, investment performance and milestones in the Bangsamoro Autonomous Region in Muslim Mindanao (BARMM) for the first three years after its inauguration on March 29, 2019.

“For three years—more than two years of which are under pandemic—local investors [have been] boosting the economy with P6.9 billion worth of investments in the region: P4.1 billion in 2019, P114 million in 2020, P2.8 billion in 2021 and P47.41 million for the first semester of 2022,” the RBOI said. These investment years generated jobs for at least 5,704 workers, it added.

Comparing the data, it said the investment approvals of RBOI were at their peak in the first year and suddenly plummeted in the second year due to the pandemic.

The region’s largest industry investor was the banana industry, and agriculture as a whole, with P4.5 billion, or 65.13 percent of total investments.

Sand and gravel operation was next with P1.4 billion, indicating the robust construction sector sprouting in some parts of the region, and showing that investors’ confidence could come aplenty with a dedicated resolve for good governance.

Some P14 million went to install community Internet service, and a bigger single investment of P998 million was allocated for oil extraction and gas exploration.

Another big-ticket investment of P398 million went to improve tourism facilities, including accommodation, and P100 million more was invested in a hotel and restaurant business. Some P49 million was spent for Halal certification, a key investment area to cater to prime assurance to Muslims that their food and other basic items were sold according to Islamic protocols on hygiene and food preparation.

AGRICULTURE topped the investment profile in a region whose lands have been highly untapped due to agrarian conflict and decades of armed fighting between government and Moro guerrillas.

When land cultivation was made possible following the signing of a final peace settlement with armed groups, corporate agricultural companies also journeyed to the fertile lands lying idle.

The expansion lands for banana cultivation, for example, had long been planned, mainly to evade the rampaging spread of the dreaded Fusarium Wilt,  popularly known as the Panama Disease.

“Despite the higher risks for investments due to the Covid-19 pandemic woes of the country and the region, as local BARMM investors, they still proceeded with the project,” said lawyer Ishak Mastura, chairman of the RBOI-BARMM.

He said the investor is establishing its operation in the municipality of Datu Abdullah Sangki and other adjacent municipalities in Maguindanao, with a combined area of 1,000 hectares.

The RBOI said in a news statement the investments worth P950 million “are supposed to generate an annual production of 2,000,000 to 3,300,000 boxes of Cavendish bananas for export to Japan, China and the Middle East.”  The investment project will create jobs for 1,190 workers, it added.

The registration of the investment project of Amavi with the RBOI-BARMM “entitles them to a six-year income-tax holiday, reduced duties for importation of capital equipment, exemption from wharfage dues and additional deductions for labor expenses,” it added.

Mastura said the approval of the registration of Amavi’s investment project “would help revive the banana industry, which has been on a declining trend due to several factors.”

“While the bulk of the banana industry is located in the Davao Region, some of those areas have been hit by the Fusarium Wilt or Panama Disease that made these unsuitable for banana planting. Thus, the BARMM is considered a prospective area for investments in planting of Cavendish bananas for export that could help revive our banana industry in terms of volume and market share in the world market,” Mastura added.

The Pilipino Banana Growers and Exporters Association said banana planters were spread in 16 provinces in Mindanao, but they were hounded by the spreading Panama Disease. While banana continued to be in great demand in the world market, Mindanao plantations have been severely affected by the disease, such that in the years 2014 and 2015 hectarage declined by 2,163.24, prompting plantation owners to seek lands elsewhere in the Davao Region.

The RBOI last year also cited a March 12 Philippine Statistics Authority (PSA) report that said fresh bananas recorded “the worst dip among the top 10 major commodity groups in terms of the value of exports at -46.9 percent as of January 2021.”  PSA data show that the value of banana exports in January fell by 47 percent to $84.659 million from $159.454 million the previous year.

THE next bigger single investments could be in oil and gas, with the Sulu Sea known for rich deposits, extending way south to the Moro Gulf. Another area might be in the Liguasan Marsh, Asia’s largest wetland at more than 11,000 hectares, which has been suspected to be rich in oil and gas deposits.

One single investment alone from ESMaulana last year, worth P998 million, however, had its awarding of the service contracts held in abeyance, “since the modality of processing and awarding of service contracts in the BARMM for petroleum investments would have to be worked out in the Intergovernmental Relations Body, as established under the Bangsamoro Organic Law.”

The proposed investment project covers the Liguasan Marsh and the Sulu Sea but the areas that fall within the BARMM jurisdiction “are subject to the joint determination by the Barmm regional government and the national government,” Mastura said.

THE three-year investment data from the RBOI-BARMM was part of the terminal report of outgoing RBOI chairman, lawyer Ishak Mastura, who is the longest-serving regional BOI chairman since 2011. The BARMM, then called the Autonomous Region in Muslim Mindanao, started to notch splendid performance in investment in 2021 when the national government installed a caretaker and did a house cleaning to report the first multimillion-peso savings and multimillion-peso new investments.

The Moro Islamic Liberation Front was given a free hand to manage and govern the autonomous region and renamed as Barmm in 2019 as part of the peace agreement.

“I am just glad that we were able to deliver a good performance for investments in the past three years for a good beginning for BARMM despite the challenges brought about by the Covid–19 pandemic,” said Mastura.

“Moving forward, I will endeavor to be a voice and representation for investors and the investing public in my new role as Member of the BTA Parliament,” added Mastura.

Meanwhile, the President underscored the importance of representation in the BTA during the oath-taking of newly appointed BTA members on August 12.

“It is important that we’re going to give a voice to all the stakeholders, to all the parties that are involved,” the Chief Executive stressed.