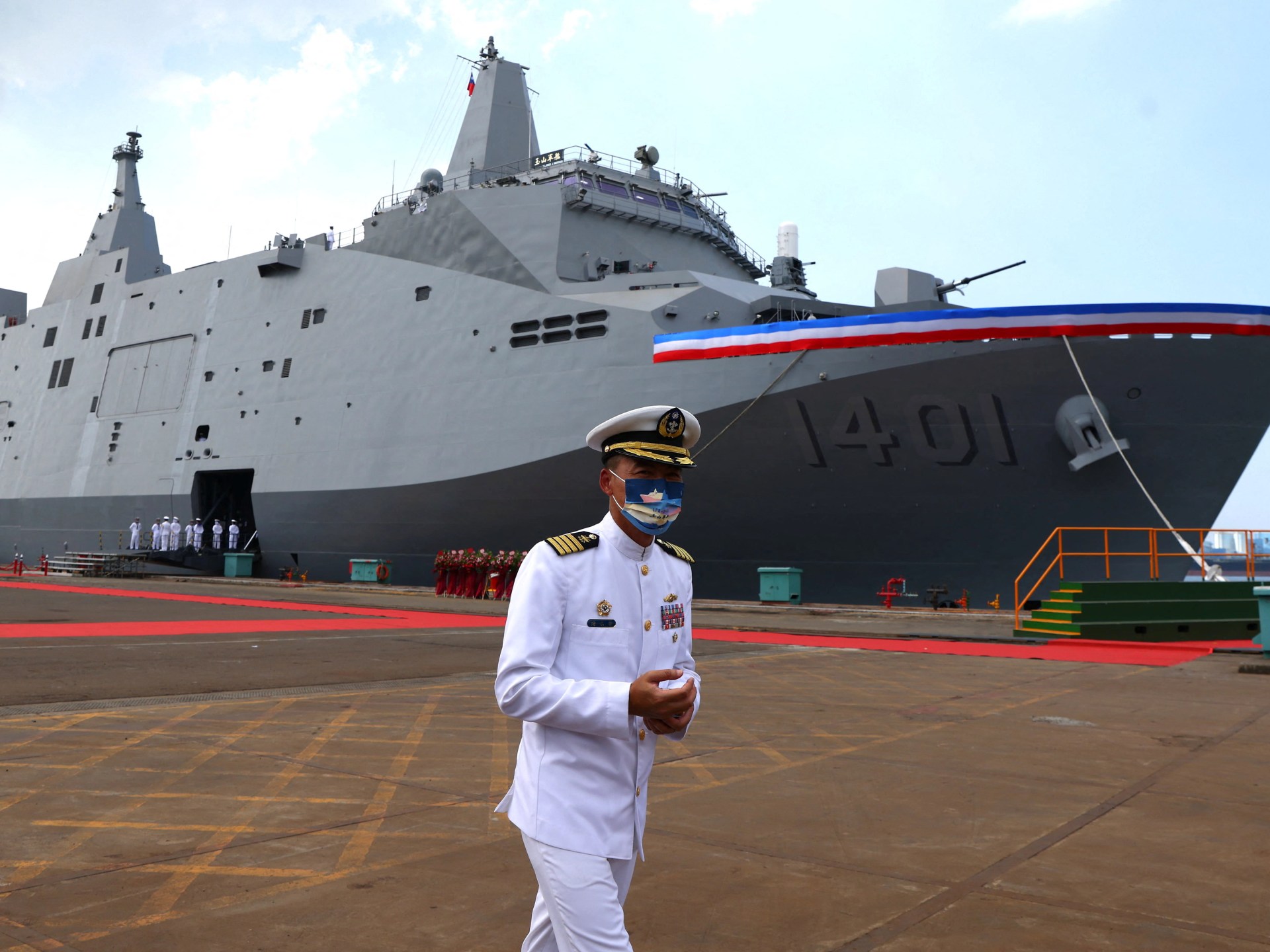 New addition to Taiwan’s navy is part of a initiative by President Tsai Ing-wen to foster defence self-sufficiency.

Taiwan’s navy has taken delivery of a new, domestically made amphibious warfare ship that can be used to land troops and bolster supply lines to vulnerable islands, part of a push by Taiwan’s President Tsai Ing-wen to achieve defence self-sufficiency.

“When it comes to China’s military threats, only by strengthening our self-defence capabilities can there be true peace,” Tsai said at a ceremony on Friday to mark the delivery of the ship in the southern port city of Kaohsiung.

She said the Yu Shan was a testament to Taiwan’s efforts to boost production of its own warships and ensure autonomy in national defence as a means to “defend the country”.

Built by state-backed CSBC Corporation Taiwan, the ship is armed with a forward cannon, for use against air and surface targets, anti-aircraft missiles, as well as rapid-fire Phalanx close-in anti-aircraft and anti-missile guns.

CSBC Chairman Cheng Wen-lung said as well as being an amphibious warfare vessel, with space for landing craft and helicopters, the ship will assume the “main transport role” for the South China Sea and offshore Taiwanese islands that lie close to the Chinese coast. The islands have been long considered easy targets for China in the event of war.

Although Taiwan’s air force has benefitted from big-ticket items such as new and upgraded F-16 fighter jets, the navy is another of Tsai’s focuses, with submarines in production and a launch in 2020 of the first of a fleet of highly manoeuvrable stealth corvette ships.

China carried out more than a week of live-fire drills near Taiwan last month to show its anger at a visit to Taipei by US House Speaker Nancy Pelosi, and Chinese military activity has continued, though, at a much-reduced tempo.

The United States is Taiwan’s most important international arms supplier, and Tsai has bolstered the domestic arms industry to try to make Taiwan as self-sufficient as possible.

The Taiwan News outlet also reported on Friday that China’s armed forces were observed engaging in amphibious landing drills on Chinese beaches in the Taiwan Strait last month and earlier this month.

The exercises involved the use of seven civilian roll-on roll-off car ferries, which had sailed from the Yellow Sea to the Taiwan Strait for the drills.

A military expert cited in the report speculated that the drills could be in preparation for an invasion by Chinese forces of the Dongsha Islands, also known as Pratas Islands, which are located more than 440km (275 miles) off the coast of the Taiwanese city of Kaohsiung, which is responsible for administering the islands.

The Royal United Services Institute (RUSI), a UK-based defence and security think-tank, said last month that China, whose military is untested, would struggle to launch an amphibious assault on Taiwan owing to the island’s anti-ship missile defence systems.