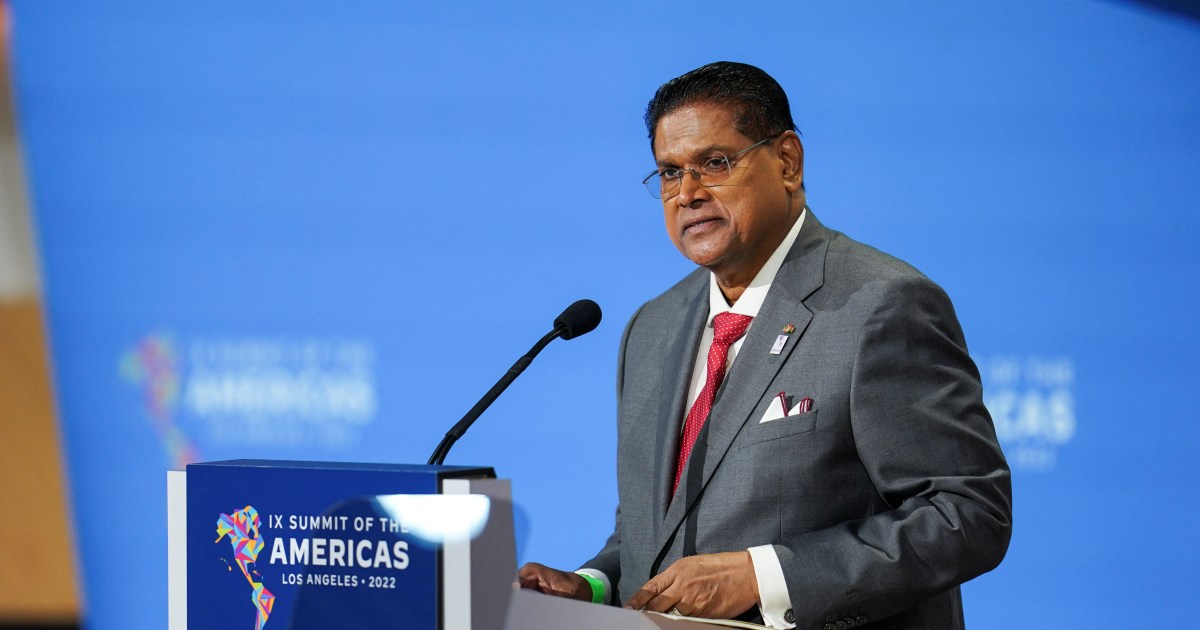 The Latin American country had said it does not have the funds to build the controversial embassy.

The president of Suriname has backtracked on a controversial pledge to build an embassy in Jerusalem, citing budget constraints.

The South American country would have followed the United States, Honduras, Guatemala and Kosovo by locating its embassy in Jerusalem, decisions that have enraged Palestinians, who have long considered occupied East Jerusalem the capital of their future state.

Suriname’s President Chandrikapersad “Chan” Santokhi told the National Assembly on Thursday the country did not have the funds to build the embassy, reversing an announcement made last month that had drawn criticism from some members of parliament.

“There is no budget for setting up an embassy of Suriname in Israel,” the president said.

Israel captured East Jerusalem in the 1967 Middle East war and regards all of the city, including the annexed portion, its capital. Israel’s annexation of East Jerusalem is largely not recognised by the international community.

Santokhi said Noordzee “will continue to serve, support, give substance to the cooperative relationship, from Suriname”.

Santokhi did not rule out the future establishment of an embassy in Israel, but said the country needed “to receive a report [from the foreign minister] and see what the findings are and the recommendations are, and to take follow-up steps based on that”.

Going against international consensus, former US President Donald Trump announced the recognition of Jerusalem as Israel’s capital in December 2017 and moved the country’s embassy to Jerusalem in May 2018.

The administration of President Joe Biden has said it has no plans to return the embassy to its previous location in Tel Aviv, where most countries have their embassies.

Suriname, which has a small Jewish community, has about 14 percent Muslim population.