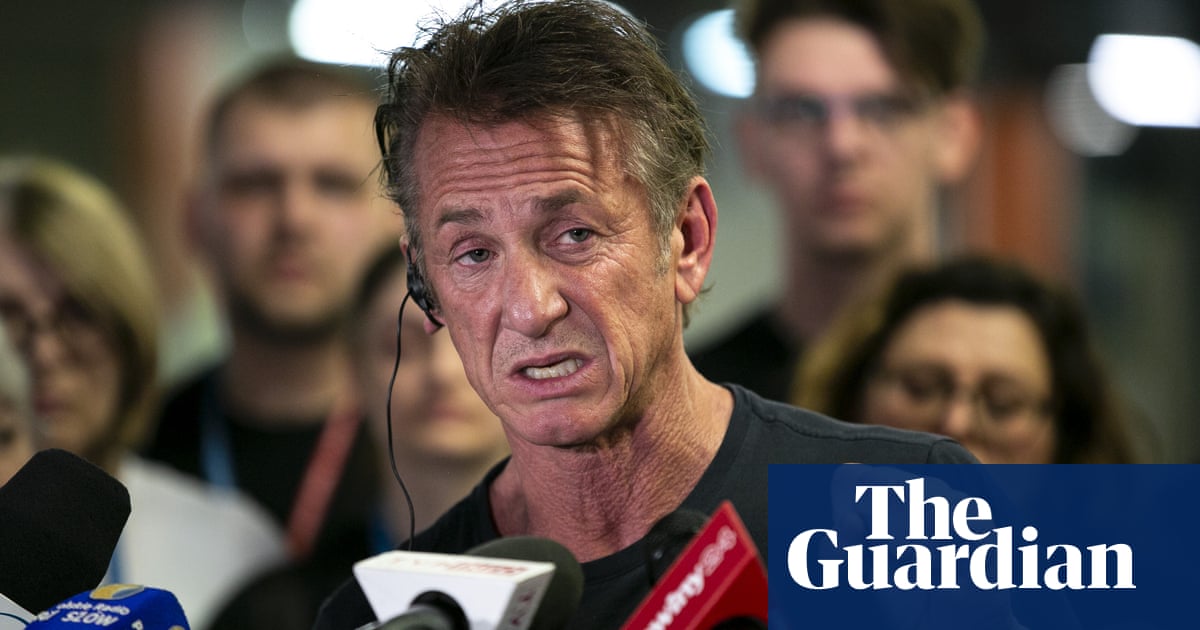 Sean Penn has described any potential lack of backing by the Academy Awards for the Ukrainian people as “the most obscene moment in all of Hollywood history”.

Speaking on CNN, Penn, who has been in Ukraine and Poland making a documentary about the plight of refugees, vowed to publicly melt down his Oscar statuettes if the awards body declined to offer the Ukrainian president, Volodymyr Zelenskiy, a platform at Sunday night’s event.

“There is nothing greater that the Academy Awards could do than to give [Zelenskiy] an opportunity to talk to all of us,” Penn said. “It is my understanding that a decision has been made not to do it. That is not me commenting on whether or not President Zelenskiy had wanted to.”

Penn suggested that if the Academy had “elected not to pursue the leadership in Ukraine, who are taking bullets and bombs for us, along with the Ukrainian children that they are trying to protect, then I think every single one of those people and every bit of that decision will have been the most obscene moment in all of Hollywood history.”

Earlier this week Amy Schumer, one of the three hosts for this year’s ceremony, said she had pitched “a way to have Zelenskiy satellite in or make a tape” but implied that her input had been unwelcome.

“I am not afraid to go there,” she said. “But it’s not me producing the Oscars.” Other sources reported that Zelenskiy had declined an invitation to contribute via Zoom.

Penn urged a widespread boycott of the event should it be confirmed that no approach to Zelenskiy had been made.

“If it comes back to it, I will smelt mine in public,” Penn said. “I pray that’s not what’s happened. I pray there have not been arrogant people, who consider themselves representatives of the greater good in my industry, that have [decided against checking] with leadership in Ukraine. So I’m just going to hope that that’s not what’s happened. I hope [every attender] walks out if it is.”

Soon after Russian forces invaded Ukraine last month, Penn was seen in the country making a documentary for Vice about the war. The actor then travelled to Poland, where the majority of people fleeing the war initially arrive.

Penn, who has won the best actor Oscar twice – for Mystic River in 2003 and Milk in 2008 – is not personally nominated this year, but does appear in Paul Thomas Anderson’s Licorice Pizza, which is seen as a leading contender for best original screenplay.

The 94th Academy Awards return to the Dolby theatre in Hollywood amid continued uncertainty over the attendance of nominees recently diagnosed with Covid. On Saturday night Lin-Manuel Miranda, who has two films in competition – Encanto and Tick, Tick … Boom! – said he would no longer be able to attend after his wife tested positive.

On Friday the Academy further tightened its rules on entry requirements, announcing that anyone within a five-day window of a positive test would be barred, even if they were now testing negative. The health status of the Belfast nominees Kenneth Branagh and Ciaran Hinds, who tested positive shortly after the Baftas a fortnight ago, is not known.

The best picture race is seen as an increasingly tight contest between Jane Campion’s lauded western, The Power of the Dog, and Coda, a small domestic drama about a hearing-impaired family in a small fishing town.