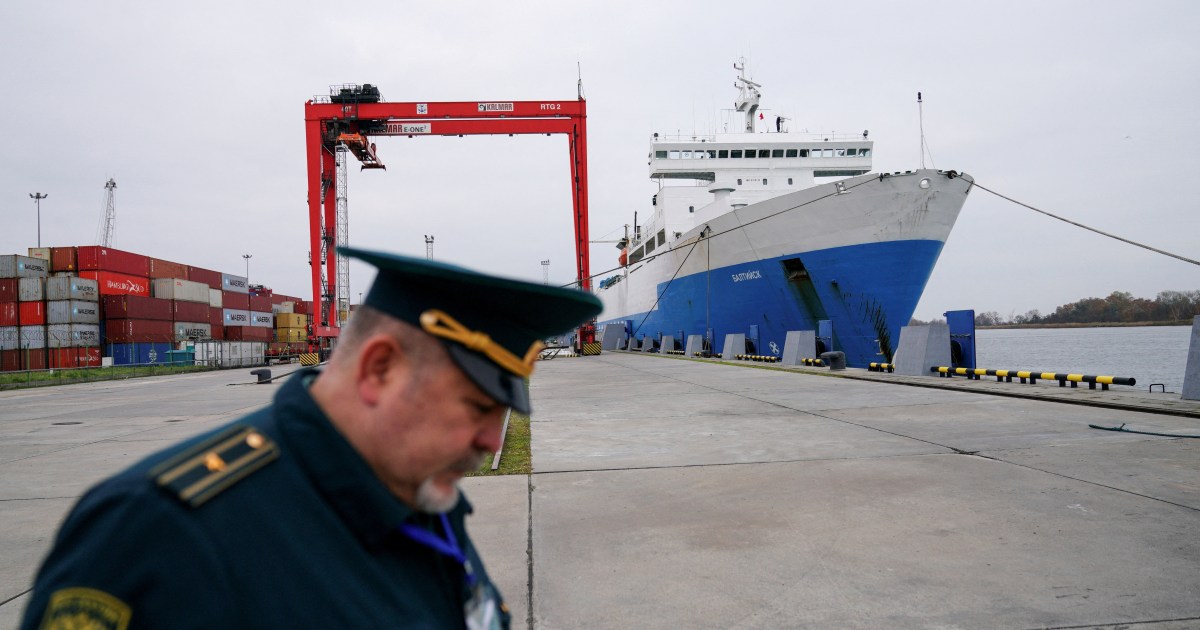 Russia’s foreign ministry has demanded the immediate lifting of Lithuania’s “openly hostile” restrictions on the rail transit of EU-sanctioned goods to Moscow’s exclave of Kaliningrad.

Sandwiched between European Union and NATO members Poland and Lithuania, Kaliningrad receives supplies from Russia via rail and gas pipelines through Lithuania.

The Baltic nation of Lithuania announced last week that it was banning the rail transit of goods that are subject to EU sanctions from mainland Russia to Kaliningrad.

“If in the near future cargo transit between the Kaliningrad region and the rest of the territory of the Russian Federation through Lithuania is not restored in full, then Russia reserves the right to take actions to protect its national interests,” the Russian foreign ministry said in a statement on Monday.

The ministry said it had summoned Lithuania’s charge d’affaires in Moscow to protest against the “provocative” and “openly hostile” measures.

Earlier on Monday, the Kremlin said Lithuania’s decision was “unprecedented” and “in violation of everything there is”.

“The situation is more than serious and it requires a very deep analysis before formulating any measures and decisions,” Kremlin spokesman Dmitry Peskov told reporters.

Lithuanian Foreign Minister Gabrielius Landsbergis defended the move and said his country was simply implementing sanctions imposed by the EU, of which it is a member.

He said the measures were taken after “consultation with the European Commission and under its guidelines”.

“Sanctioned goods (will) no longer be allowed to transit Lithuanian territory,” Landsbergis added.

“Lithuania has not taken any unilateral national restrictions and only applies the European Union sanctions,” Borrell said after a meeting of EU foreign ministers.

“This is, of course, a situation, that can be resolved by diplomatic means,” Alikhanov said on Russian television on Monday. “As far as I know, tomorrow (Tuesday) Marcus Ederer, the European Union ambassador to Russia, will be summoned to the foreign ministry …. and he will be told of the appropriate conditions involved here.”

There was no immediate confirmation from the Russian foreign ministry.

Alikhanov said the Lithuanian ban would affect about 50 percent of all imports to the territory.

The ban was confirmed on Friday by the cargo arm of Lithuania’s state railway service in a letter to clients following “clarification” from the European Commission on the mechanism for applying the sanctions.

Urging citizens not to resort to panic buying, Alikhanov said two vessels were already ferrying goods between Kaliningrad and Saint Petersburg, and seven more would be in service by the end of the year.

“Our ferries will handle all the cargo”, he said on Saturday.

Lithuania’s foreign ministry stressed that passenger travel and the trade in non-sanctioned goods would not be affected by the ban.

“The transit of passengers and #EU non-sanctioned goods to the #Kaliningrad region through the territory of #Lithuania continues uninterrupted,” the ministry said on Twitter.

Home to the headquarters of Russia’s Baltic sea fleet, the exclave was captured from Nazi Germany by the Red Army in April 1945 and ceded to the Soviet Union after World War II.