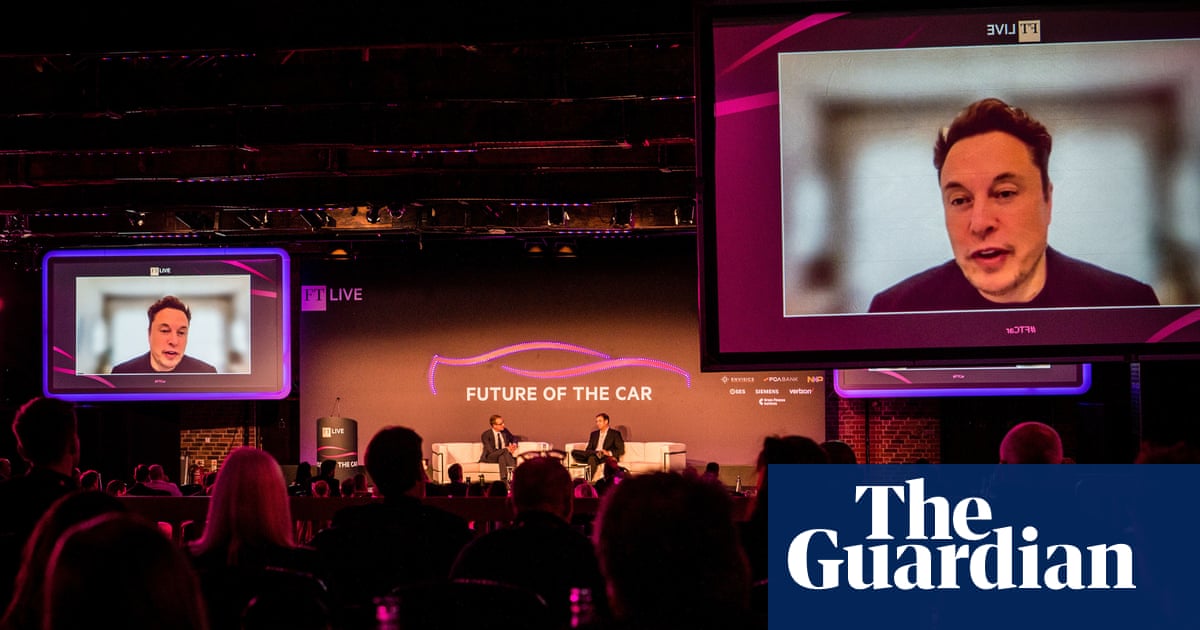 Elon Musk’s promise to reverse a Twitter ban on Donald Trump if he completes his takeover of the social media platform has prompted warnings that it will provoke a backlash among users and could clash with new internet safety laws.

The Tesla CEO and world’s richest man is in the process of buying Twitter for $44bn (£35.6bn) and has described himself as a “free speech absolutist” with doubts about imposing permanent bans on Twitter accounts such as Trump’s, which was suspended after the Capitol riot last January. Experts also warned that Trump’s return could lead to breaches of proposed rules governing digital content in the UK and EU.

Musk confirmed on Tuesday that if he completed the deal he would lift the suspension on the former US president. “I would reverse the permanent ban,” he said, speaking via video link at a car industry conference organised by the Financial Times. “I do think it was not correct to ban Donald Trump. I think that was a mistake. It alienated the country and did not result in Donald Trump not having a voice. I think it was a morally bad decision and foolish in the extreme.”

Kirsten Martin, a professor of technology ethics at the University of Notre Dame in Chicago, said Musk would face a backlash if he reinstated Trump’s account. “If Musk is concerned that many people were upset that Trump was banned, he should see how many more people would be upset if Trump was not banned,” she said. “Musk only appears to be worried about the opinion of a small group of individuals who incite violence or perpetuate hate speech.”

Twitter lost hundreds of thousands of users in the days after Musk announced his takeover deal, as prominent accounts, including Katy Perry and Barack Obama, lost followers. At the same time, some rightwing Twitter accounts gained followers, according to data from the analytics site Social Blade.

PEN America, a free-speech campaign group, said Musk needed a “better explanation” for letting Trump back. “Does he judge that Trump did not engage in incitement, or is he saying that a sitting president egging on his followers to violence or insurrection is fair game on Twitter?,” the group’s chief executive, Suzanne Nossel, asked. “With the great power that Musk seeks to wield over our public discourse comes great responsibility. I hope the law according to Musk consists of something more than one man’s bald decrees over who gets to stay or go on Twitter.”

Media Matters for America, a liberal media watchdog, said Trump’s reinstatement would pave the way for leniency for other banned accounts, such as the conspiracy theorist Alex Jones and the Trump ally Roger Stone. “It won’t just be Trump that Musk will restore. There are scores of people, from Alex Jones to Roger Stone to active white nationalists, who will also have their accounts restored,” said Angelo Carusone, president of MMA.

Other banned accounts on Twitter include Katie Hopkins, the British rightwing commentator, and David Icke, a prominent British conspiracy theorist.

Musk, speaking at the FT conference, said temporary suspensions could be a better solution. “If they say something that is illegal or otherwise just destructive to the world, then there should be perhaps a timeout, a temporary suspension, or that particular tweet should be made invisible or have very limited traction.”

Musk’s comments came after he appeared in a video on Monday with the EU’s internal market commissioner, Thierry Breton, in which the entrepreneur said new rules regulating internet content in the single market were “exactly aligned” with Twitter’s goals. Among the provisions in the Digital Services Act are a requirement that social media platforms allow users to flag illegal content in an “easy and effective way” so that it can be swiftly removed.

Tanya O’Carroll, a tech consultant who coordinated campaigning on the act by civil society groups, said it was “theoretically possible and probable” that Trump rejoining Twitter would result in a clash with the DSA. The act requires major platforms to act on content that is illegal, threatens human rights or could disrupt civic discourse and electoral processes. The big tech firms will be required to flag these risks in annual reports to the European Commission, the EU’s executive arm, which could require further action to mitigate those risks.

“Trump’s behaviour on Twitter has so consistently fuelled hate speech and incited violence, not to mention threatened electoral integrity, that you can easily see a situation where these risks are identified to the Commission and the platform is obliged to take stronger action to deal with them,” said O’Carroll.

In the UK, the online safety bill is also introducing content regulation. One policy expert, who helped shape the regulatory framework of the bill, said the legislation would not prevent Trump returning but could cause the former president problems if his tweets incited violence.

William Perrin, a trustee of the Carnegie UK Trust, said: “The [online safety bill] presents no obstacles to Twitter deciding to readmit Donald Trump. However, if Trump begins to incite violence, several questions are raised. Firstly, in Twitter’s own terms and conditions; secondly, are UK users at risk of violence? If they are, somehow, then the OSB measures against illegal content would be activated, possibly also those on protecting children from harm.

He added: “Then, if Twitter is a ‘category 1’ service, the OSB duty to protect content of democratic importance would have to be balanced against the risk of harm from crime and harm to children as well as other harms to adults.”

Musk disclosed a 9.2% stake in Twitter to theSECon 4 April , a delay of at least 10 days since surpassing the 5% threshold for revealing a shareholding, the report said, according to people familiar with the matter.

An investor who crosses a 5% stake must file a form with the SEC within 10 days. It serves as an early sign to stakeholders that a big investor could seek to control the company.

The SEC declined to comment on the report. Musk did not immediately respond to a Reuters request for comment.

Separately, the Federal Trade Commission is investigating whether Musk violated a law that requires companies and people to report certain large transactions to antitrust-enforcement agencies.

Reuters contributed to this story.