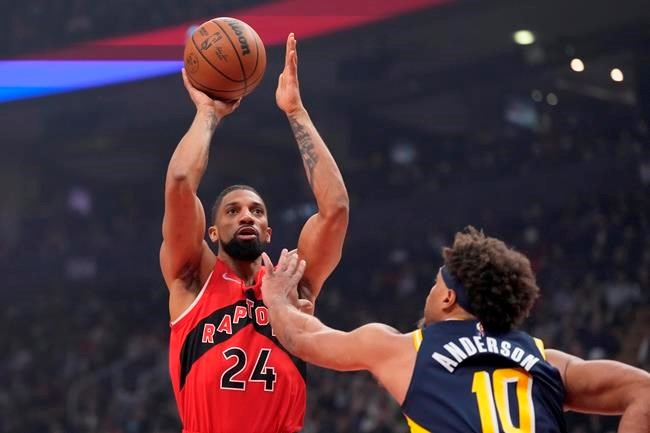 The Raptors says the procedure was performed Wednesday in Los Angeles by Dr. Daniel Kharrazi at Cedars-Sinai Kerlan-Jobe Institute. Birch is expected to be ready for training camp in September.

The six-foot-nine Birch averaged 4.5 points and 4.3 rebounds in 55 games this season, averaging 18 minutes per outing.

The 29-year-old from Montreal is one of 14 Canadians to commit for the next three years to the national team buildup for the 2023 FIBA World Cup and 2024 Paris Olympics.

The 14, who include 11 NBAers, have agreed to come to camp even if injured. Which would be Birch’s case ahead of World Cup qualifying games July 1 in Hamilton against the Dominican Republic and July 4 at the U.S. Virgin Islands.

Sixteen nations from the Americas are vying for the continent’s seven spots in the FIBA Basketball World Cup 2023.

The Canadian men have not made the Olympics since 2000 in Sydney, Australia.

This report by The Canadian Press was first published May 26, 2022