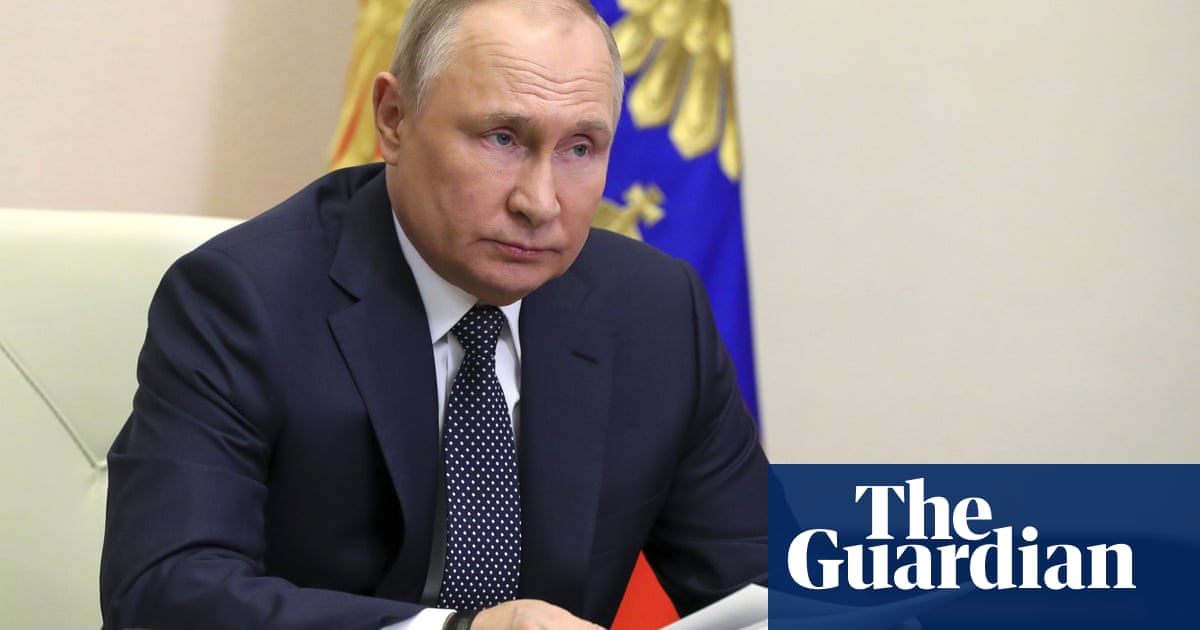 Vladimir Putin has indicated that Russia could rip up contracts to supply gas to Europe unless “unfriendly” states drop their refusal to pay in roubles from Friday.

“To buy Russian gas, they need to open rouble accounts in Russian banks,” Putin said in a televised appearance on Thursday. “It is from those accounts that gas will be paid for, starting 1 April. If such payments aren’t made, we will consider this a failure by the client to comply with its obligations.”

The threat of a gas shutoff was reduced, however, as details emerged about the new deal, which appeared to allow European buyers to continue to pay for gas in euros and dollars.

The convoluted scheme could allow the Kremlin to save face in its standoff with European governments while averting a potential gas shutoff to Europe over Putin’s demands to receive payment in roubles.

The G7 group of advanced economies – the US, UK, France, Germany, Italy, Japan and Canada – had refused to countenance meeting his demand for rouble payments.

One gas analyst said the use of Gazprombank as an intermediary may allow western economies to drop their opposition. He said market prices for gas, which rose slightly on Thursday, did not indicate fears of an imminent major supply disruption.

The impasse had already led Germany and Austria to make preparations for potential gas rationing, activating an emergency plan designed to help it cope with any disruption in supplies from Russia.

Putin spoke to the German chancellor, Olaf Scholz, and the Italian prime minister, Mario Draghi, about the new deal on Thursday. Both sought to calm fears of a gas shutoff, with Scholz telling journalists that he believed Germany would continue to pay for gas in euros.

Draghi gave a similar interpretation of the deal. “What I understood, but I may be wrong, is that the conversion of the payment … is an internal matter of the Russian Federation,” he said.

There are fears Putin could extend the rouble payment plan to include exports of oil, grain, fertilisers, coal, metals and other key commodities.

The value of the rouble collapsed after Russia invaded Ukraine, then made a partial recovery. With the currency still trading at low levels, Russian exports bring in less money to subsidise state services and fund the war than previously expected.

The country has forced large exporters to sell 80% of their foreign currency in order to prop up the rouble as Russia faces unprecedented sanctions over its invasion of Ukraine.

The gas payment plan would perform a similar function, although it is not clear why it would make any difference whether foreign buyers or Russian exporters are the ones to convert dollars and euros into roubles.

Charlie Robertson, Renaissance Capital’s global chief economist, said Russia’s focus may be on avoiding the risk of sanctions rather than in propping up the currency.

“The view from the people I’m speaking to in Moscow is that it’s only about the risk component and the challenge of getting paid,” he said. “There’s nothing to do with strengthening the rouble or making the rouble a global currency that people need to take seriously.”