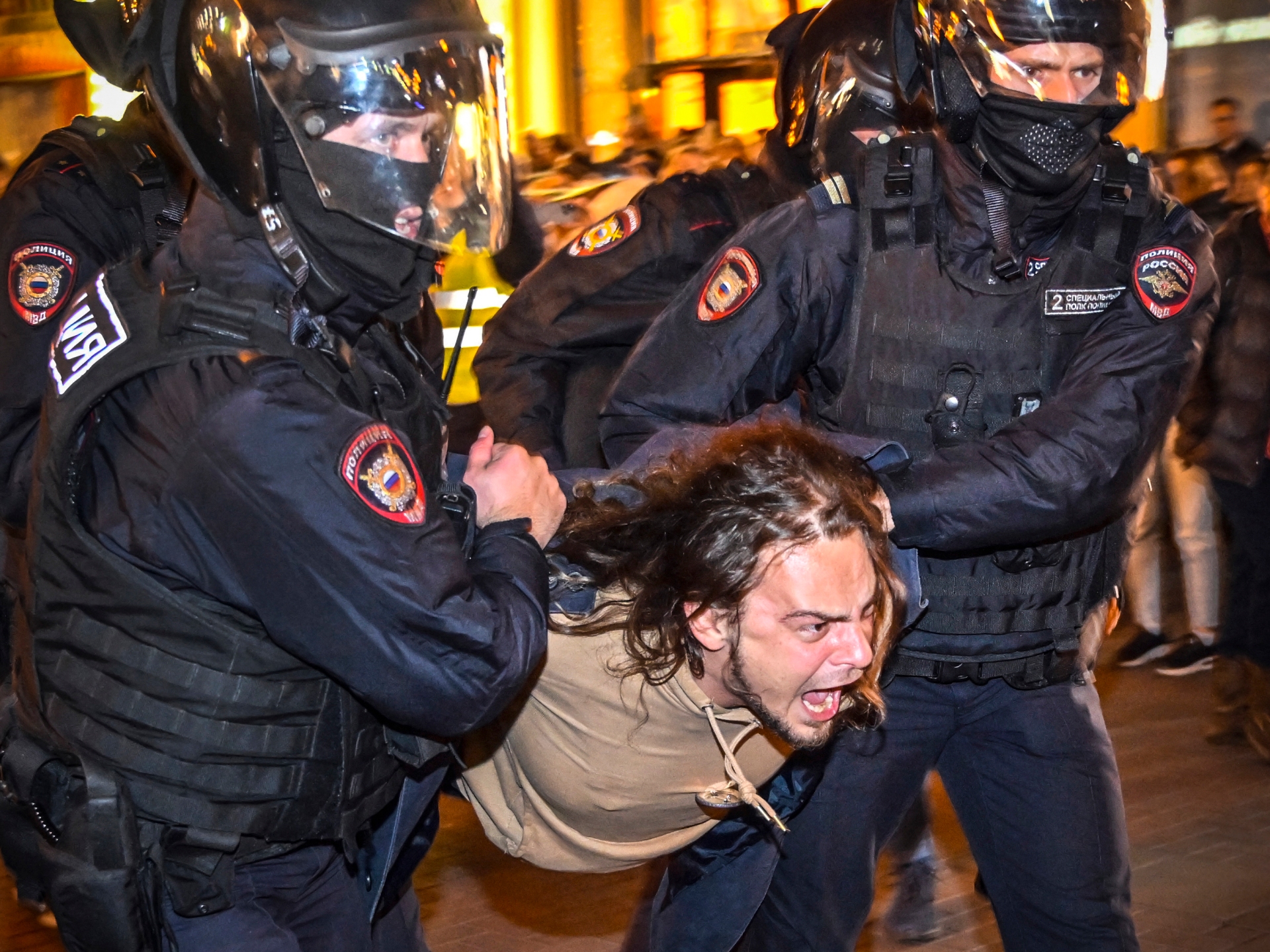 Russian President Vladimir Putin ordered a partial mobilisation of reservists to bolster his forces in Ukraine, an unpopular move that sparked rare protests across the country and led to some 1,300 arrests.

The risky order follows setbacks for Putin’s troops nearly seven months after they invaded Ukraine. The first such call-up in Russia since World War II heightened tensions with Ukraine’s Western backers, who derided it as an act of weakness and desperation.

Despite Russia’s harsh laws against criticising the military and the war, outraged protesters overcame fears of arrest to stage protests in cities across the country.

Hundreds were arrested in anti-war demonstrations in cities including Moscow and St Petersburg, according to the independent Russian human rights group OVD-Info.

The Moscow prosecutor’s office warned organising or participating in protests could lead to up to 15 years in prison.

The total number of reservists to be called up could be as high as 300,000, Russian defence minister Sergey Shoigu said. However, Putin’s decree authorising the partial draft, which took effect immediately, offered few details, raising suspicions the draft could be broadened at any moment.

Shoigu said only some of those with relevant combat and service experience will be called up. He said about 25 million people fit that criteria, but only about 1 percent of them will be asked to serve.