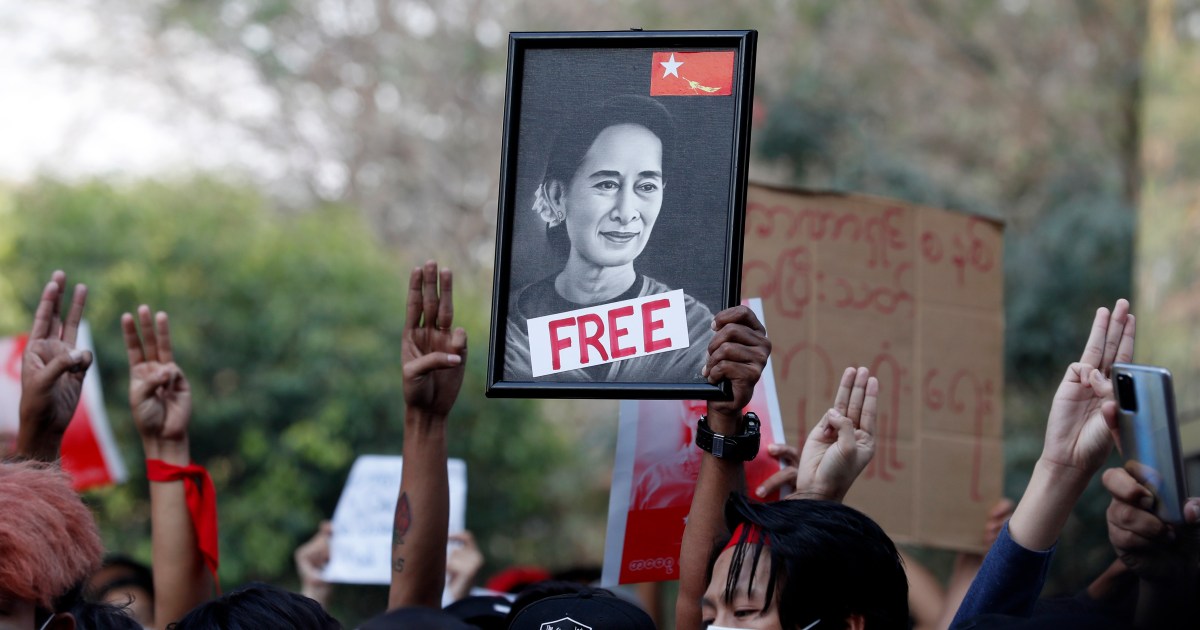 Myanmar’s deposed leader Aung San Suu Kyi has been transferred from a secret detention location to solitary confinement in a prison compound in the capital, Naypyidaw, a spokesman for the country’s military government said.

“In accordance with criminal laws … [Aung San Suu Kyi] has been kept in solitary confinement in prison” since Wednesday, Zaw Min Tun said in a statement on Thursday.

Aung San Suu Kyi was arrested on February 1, 2021, when the army seized power from her elected government. She was initially held at her residence in the capital, but was later moved to at least one other location, and for about the past year was held at an undisclosed location, generally assumed to be on a military base.

That location was reportedly a residence where she had nine people to help with her living arrangements, along with a dog that was a gift arranged by one of her sons.

A source with knowledge of her transfer said the 77-year-old “acts like before and is in strong spirits”.

“She is used to facing any kind of situation calmly,” the source, who requested anonymity, told the AFP news agency.

Separately on Thursday, Tom Andrews, the United Nations special rapporteur on the situation of human rights in Myanmar, urged the international community to do more to address the crisis in the country that was triggered by last year’s coup as the number of people killed in the military’s crackdown on its opponents exceeded 2,000.

“Too much is at stake for Myanmar and its people to accept complacency and inaction by the international community,” he said in a statement.

Phil Robertson, deputy director at Human Rights Watch in Asia, said the generals’ move was “quite clearly” aimed to punish and intimidate the Nobel laureate and her supporters.

“They are trying to show they are tough, they are trying to claim that Aung San Suu Kyi is not going to be able to stay in house arrest with her domestic servants and her dog and will face solitary confinement,” he told Al Jazeera.

“This is going to inflame the hostility of her supporters across the country against the military junta. I think it’s going to backfire spectacularly, this is a junta that doesn’t listen to anybody and just goes its own way.”

Aung San Suu Kyi has been tried on multiple charges, including corruption, at a special court in Naypyidaw that began hearings on May 24, 2021. Each of the 11 corruption counts she faces is punishable by up to 15 years in prison.

She has already been convicted of corruption, incitement against the military, breaching COVID-19 rules and breaking a telecommunications law, with a court sentencing her to 11 years so far.

Aung San Suu Kyi’s supporters and rights groups say the charges against her are politically motivated and are an attempt to discredit her and legitimise the military’s seizure of power while keeping her from returning to politics.

Her lawyers have been banned from speaking to the media and journalists barred from her trial.

Aung San Suu Kyi spent about 15 years in detention under a previous military government, but virtually all of it was under house arrest at her family home in Yangon, the country’s biggest city.