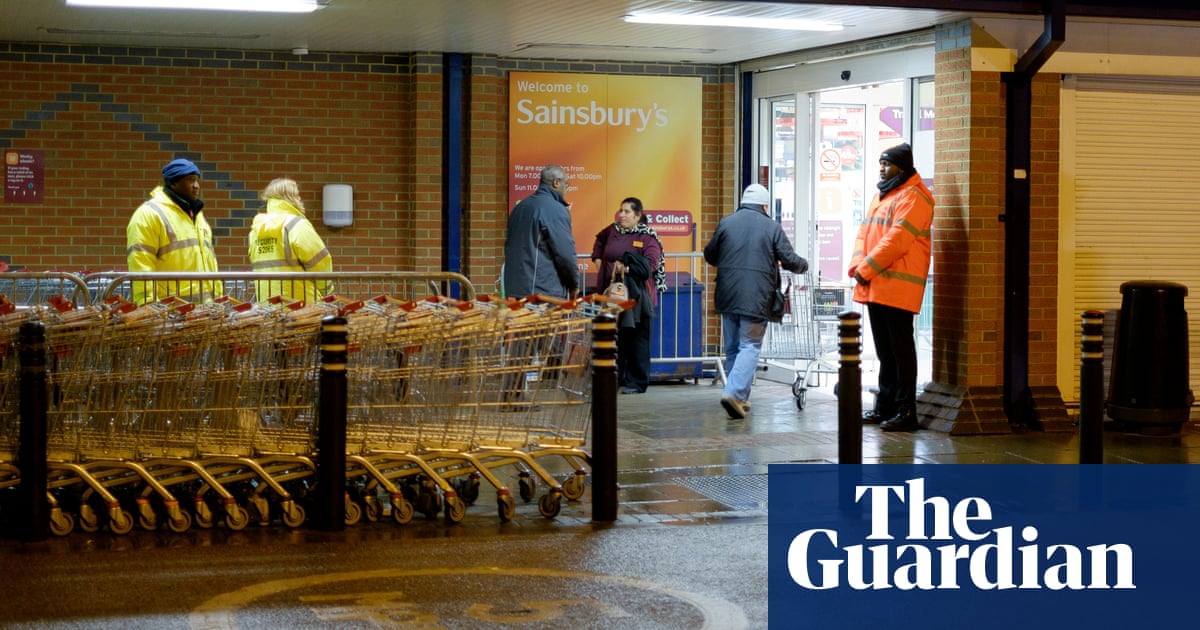 Campaigners pushing for Britain’s biggest employers to pay their staff the real living wage claim to have sent a powerful message after almost a sixth of shareholders at Sainsbury’s voted in favour of a resolution that would have introduced the policy at the country’s second largest supermarket group.

ShareAction, which gained support from investment houses including Legal & General Investment Management, HSBC, Fidelity International and Coutts, the Queen’s bank, for the resolution, said it was pleased with the outcome despite falling far short of the 75% backing required to pass the resolution at the Sainsbury’s annual meeting on Thursday.

The campaign group said it was considering targeting similar motions at other businesses in future and would continue to lobby shareholder groups.

The living wage – currently set at £11.05 in London and £9.90 outside the capital – is calculated each year and overseen by a commission drawn from sectors including business, academia and the public sector.

Sainsbury’s pays the living wage to its 171,000 direct employees across more than 1,400 stores in the UK. However, it is not fully accredited to the Living Wage Foundation’s scheme, as this would require the policy to be extended to contract workers such as cleaners and security guards employed by other companies such as the outsourcing specialist Mitie.

Rachel Hargreaves, a campaign manager at ShareAction, said: “Today’s vote sent a powerful message from shareholders that Sainsbury’s should make a living wage commitment to all of its workers. Investors have shown that they can and do support pay rises for the low paid.

“Equally, we’re disappointed that a large proportion of shareholders chose to prioritise short-term returns over the real long-term issue: rising inequality in our society. As we deal with the continued effects of the cost of living crisis, the conversation around low pay isn’t going to go away, and both employers and investors need to step up.”

Martin Buttle at ShareAction said the intention of the resolution was to “try to move a whole sector, not just one retailer”. He said Sainsbury’s was targeted as it was seen as more likely to move than other supermarkets because it had already “taken a leadership role in other aspects of responsible business and pay”.

Martin Scicluna, the chair of Sainsbury’s, thanked investors for their “overwhelming votes of support and confidence”. He defended the retailer’s record at the meeting, saying it was “a leader in the supermarket world in paying the living wage” and had been among the first to increase pay for shop floor staff this year as soaring inflation triggered a cost of living crisis.

He said Sainsbury’s was committed to paying at least the real living wage to employees but did not want to fully accredit to the national scheme, which would tie it to decisions made by another organisation.

This year, for example, the Living Wage Foundation is expected to bring forward its latest increase by a month, to October, because of the pressure on household finances. “To effectively balance the needs of customers, colleagues, suppliers and shareholders we must preserve the right to make independent business decisions not determined by a separate body,” Scicluna said.

ShareAction’s call for change was backed at the meeting by the Labour MP Siobhain McDonagh and the Equality Trust.

McDonagh said: “The cost of living crisis is hitting hardest those on the lowest pay including store cleaners and security guards. I am supporting [the living wage resolution]. As an organisation that posted an eye-watering profit of £721m in the last months, what possible reason is there to disagree?”

One shareholder at the meeting said Sainsbury’s decision to exclude contractors from its guarantee of paying at least the independently verified living wage meant their pay was in effect being “subsidised by the taxpayer with universal credit”, and they suggested the business cut the pay going to the retailer’s chief executive, Simon Roberts, who received £3.8m last year, a deal which “far outstripped the pay of the workforce”.