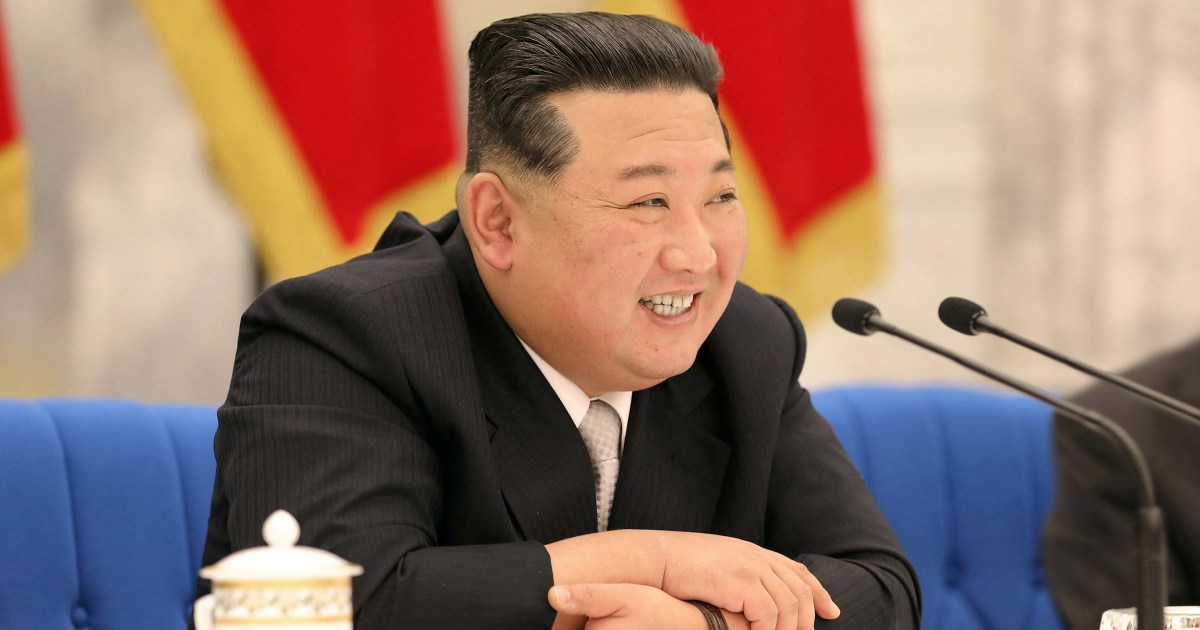 The decisions, reported by state media on Friday, have raised fears that North Korea may be planning to deploy tactical nuclear weapons to front-line artillery units.

Kim presided over the Enlarged Meeting of the 8th Central Military Commission (CMC), where top officials on Thursday “approved an important issue of providing a military guarantee for further strengthening the country’s war deterrent”, according to the state-run Korean Central News Agency (KCNA). The report made a rare mention of North Korea revising its war plans, saying officials at the meeting had decided to bolster the operational duties of the country’s front-line units with “an important military action plan”.

It also said Kim called for his entire army to “go all out” in carrying out the plans to bolster the nation’s military muscle and consolidate “powerful self-defence capabilities for overwhelming any hostile forces and thus reliably protect the dignity of the great country”.

KCNA did not elaborate on the action plan, but analysts say the country could be planning to deploy battlefield nuclear weapons targeting South Korea along their tense border.

Hong Min, a senior fellow at the Korea Institute for National Unification in Seoul, said North Korea uses the term war deterrent to refer to its nuclear capabilities and said the meeting outcome may mean that Pyongyang has “added the possible use of tactical nuclear weapons in its new operation plans”.

Analysts have speculated about a possible North Korean plan to deploy battlefield nuclear weapons at front-line units since April, when Kim supervised a test of a new short-range missile that state media said would “drastically” improve the firepower of front-line artillery units and “enhance the efficiency in the operation of tactical nukes”.

In addition to tests of short-range missiles, North Korea has also test-fired intercontinental ballistic missiles and new hypersonic missiles as part of an unprecedented number of weapons launches this year. Officials in the United States and South Korea also say Pyongyang is also preparing to conduct its first nuclear test in five years.

Jeffrey Lewis, director of the East Asia Nonproliferation Program at the Middlebury Institute for International Studies in the US, said on Twitter that the CMC meeting was likely called to formalise giving front-line artillery units a nuclear mission.

Kim Jong Un just presided over a meeting of the Central Military Commission that made a decision “adopting important military measures to enhance the operational capabilities of the frontline units.”https://t.co/4Mzm3iEVUD pic.twitter.com/62W8DZhnjC

“I presume that giving front-line artillery units a nuclear mission is a big enough change for North Korea, which has previously concentrated nuclear-armed missiles under the [Korean People’s Army] Strategic Rocket Force, that Kim decided to formalise it at CMC meeting,” he said.

The decision was only a first step, Lewis told the NK News website, adding that North Korea will likely have to carry out construction projects to prepare for the deployment of tactical nuclear weapons to the front lines.

Kim will have to grapple with how to handle command and control of tactical nuclear weapons if they are eventually placed at the front line, he added.

Separately, the KCNA on Thursday released a photo of the North’s top officials in a meeting with a map of what appeared to be the east coast of the Korean Peninsula, where South Korea’s nuclear power plants are located.

An official at Seoul’s unification ministry handling inter-Korean affairs said Pyongyang appeared to have intentionally disclosed the photo, and is likely to step up threats against the South down the road.

South Korea’s President Yoon Suk-yeol, when asked about the North Korean meeting, said Seoul was preparing a “firm response” to the North’s activities.