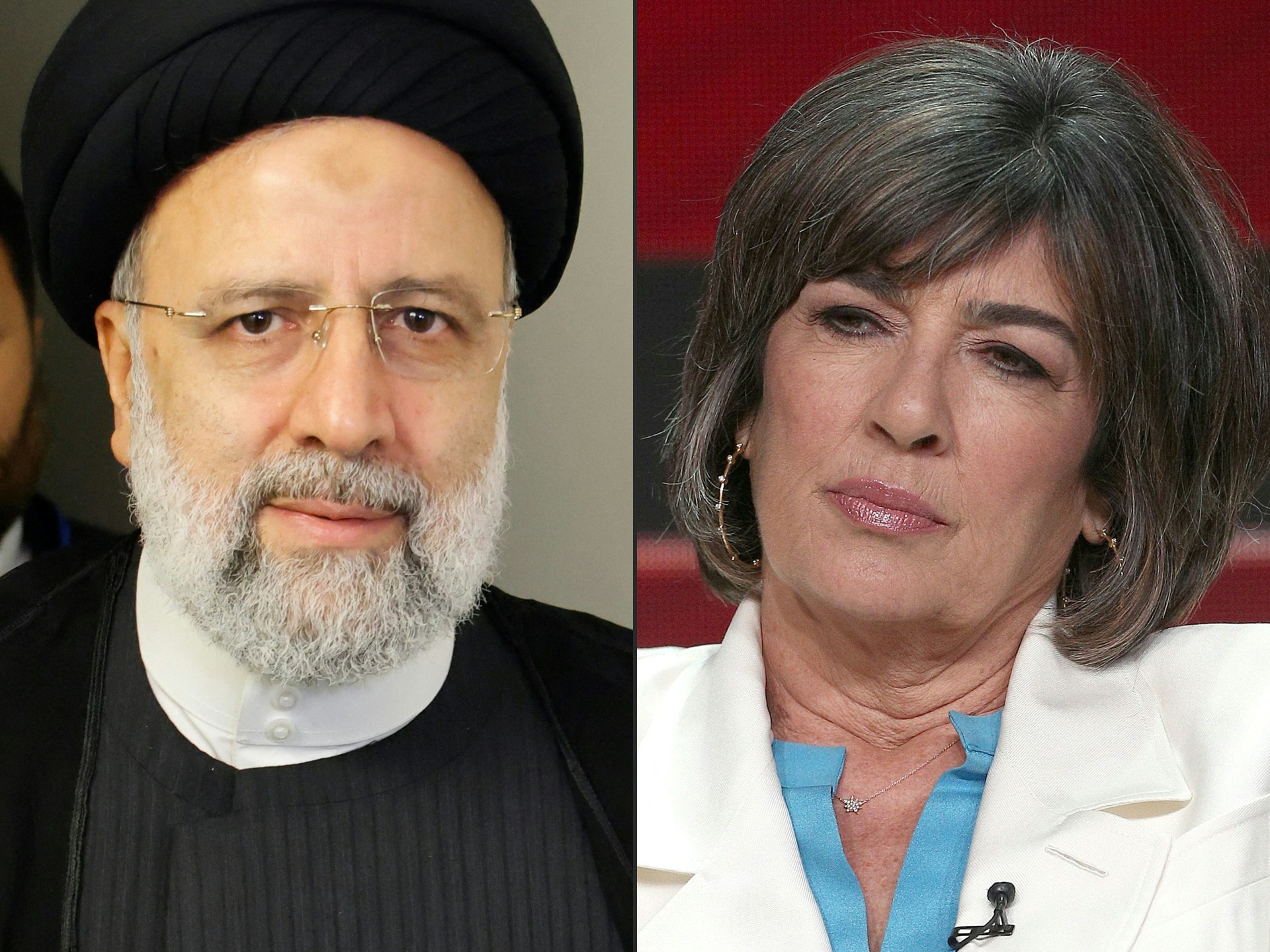 CNN presenter Christiane Amanpour said she was ready for the interview when an aide insisted she cover her hair because of the ‘situation in Iran’.

Veteran journalist Christiane Amanpour says an interview with Iranian President Ebrahim Raisi was scrapped after he insisted she wear a headscarf, the focus of major protests in the country.

Amanpour, the chief international anchor of CNN who also has a show on United States public broadcaster PBS, said she was ready for the interview on Wednesday on the sidelines of the United Nations General Assembly when an aide to the president insisted she cover her hair.

“I politely declined. We are in New York where there is no law or tradition regarding headscarves,” Amanpour, who was born in the United Kingdom to an Iranian father, wrote on Twitter on Thursday.

“I pointed out that no previous Iranian president has required this when I have interviewed them outside Iran. I said that I couldn’t agree to this unprecedented and unexpected condition.”

She posted a picture of herself – without a headscarf – sitting in front of an empty chair where Raisi would have been.

“As protests continue in Iran and people are being killed, it would have been an important moment to speak with President Raisi.”

An aide to Raisi told Amanpour he was insisting on a headscarf because of “the situation in Iran”, she said.

Iran has been swept by nearly a week of protests since the death of 22-year-old Mahsa Amini, who died after being arrested by “morality police” who enforce the Muslim leaders’ rules on how women dress.

At least nine demonstrators have been killed to date based on statements from Iran’s state-run and semi-official media, although activist groups say the death toll is higher.

On Thursday, the US Department of the Treasury sanctioned the country’s morality police as well as seven leaders of Iranian security organisations that it said “routinely employ violence to suppress peaceful protesters and members of Iranian civil society, political dissidents, women’s rights activists, and members of the Iranian Baha’i community”.