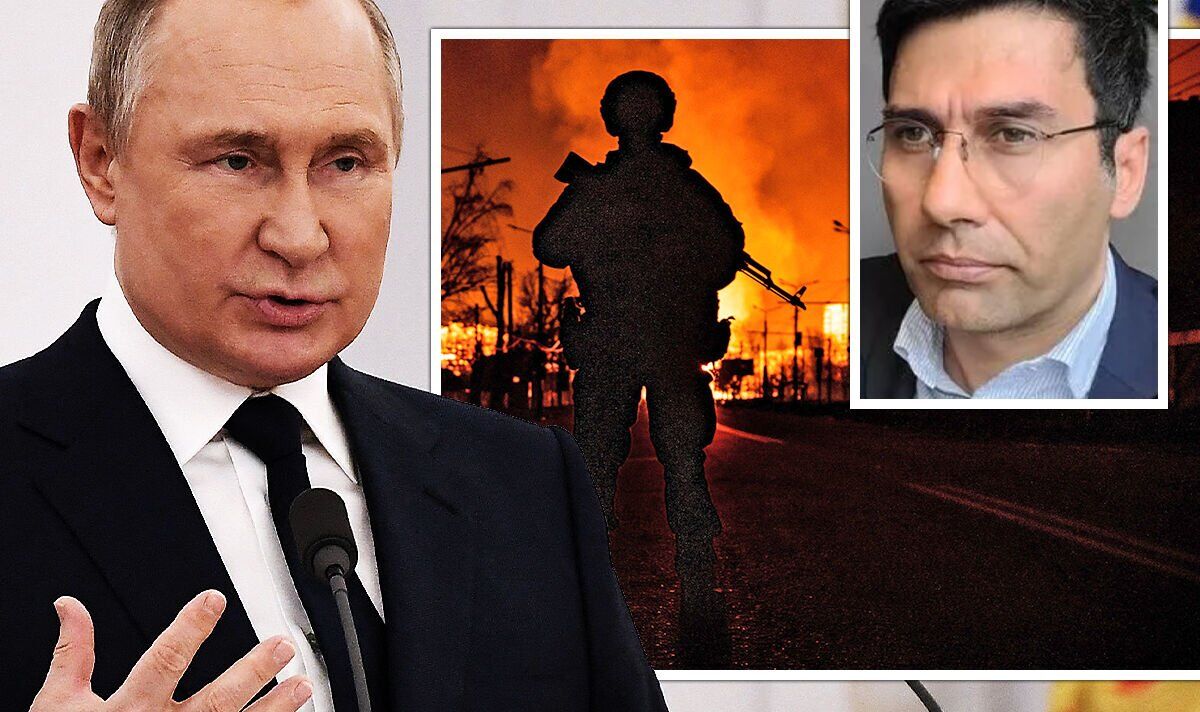 Quoting Roman General Vegetius’ famous quote, Hamidreza Zarifinia, a writer and conflict reporter who recently returned from Ukraine said: “if you want peace, prepare for war.” With Ukrainian president Volodymyr Zelensky repeatedly calling for the West to supply more weapons rapidly, and calls for a no-fly zone over the country, calls are now growing for a more robust intervention by the West against Russia.

Speaking exclusively to Express.co.uk, Mr Zarifinia said: “The discovery of the bodies of more than 410 civilians and mass graves in the city of Bucha, as well as the continuation of Russian war crimes in the port city of Mariupol, highlight the need for Western intervention and military action.

“These human catastrophes are reminiscent of the attacks of Hitler and Stalin and Slobodan Milosevic, and history is repeating itself.”

Speaking in detail of the situation in the besieged city of Mariupol, the journalist said: “Bombings from above and snipers from the ground have made it very difficult for Mariupol citizens to travel and provide food and water, and Russian military operations in Ukraine have intensified.”

He said: “We must find a way and fight to restore peace.

“If you want peace, prepare for war” has a direct bearing on the subject.

“Now in the bloody and tense situation in Ukraine, two fundamental questions arise.

“How long should the world remain silent and respond to Mariupol’s bloody crimes only with economic sanctions?

“How long should the world be silently watching the genocide and massacre of the Ukrainian people?”

Mr Zarifinia went on to explain how important it is for governments to take action when it comes to protecting the people of Ukraine.

He continues: “There is a Principle of Responsibility to Protect.

“Accordingly, the government is not a privilege, but a ‘responsibility’ that leaders must have towards individuals.

“Accordingly, the government is not a privilege, but a “responsibility” that leaders must have towards individuals.

“The international community has a duty to support genocide, war crimes and crimes against humanity.”

He continued: “Furthermore, a government should not engage in war and killing and justify this oppression with “sovereignty” and principles such as “non-interference” and “equality of states”.

“In this case, the international community has the right to intervene in that country and given the global warnings and the failure to correct Russia’s behaviour, it is now necessary for the world to intervene militarily against Russia.

“An intervention that must change the situation in its perspective and end war and killing.”

Should the West intervene in the war as suggested by Hamidreza Zarifinia? Can Ukraine go on defending itself alone against the Russian military? Should Vladimir Putin be put on trial as a war criminal? Let us know what you think by joining the debate in our comments section below – Every Voice Matters!

The veteran journalist went on to say Russian President Vladimir Putin must be tried for war crimes over the atrocities of Ukraine.

He said: “In the current situation, the situation in Ukraine can be described as ‘hell’, and in general, Vladimir Putin’s spirit is in line with the law of silence, and according to this law, the victim has no right to complain even if he is killed under any circumstances.

“Therefore, given Putin’s inhumane behaviour, the world must intervene militarily against Russia in Ukraine and then try Putin in the International Criminal Court.”

Mr Zarifinia ended by saying: “Until this moment, the world has only witnessed Russian atrocities and genocide against Ukrainian civilians, and world military intervention is the last logical solution to Russian evil and the restoration of peace.”

Hamidreza Zarifina is an Iranian writer, researcher and journalist based in London.