Skip to content
HomeNewsHow we met: ‘We drank three pints of beer out of a Frisbee and got very sick together’ 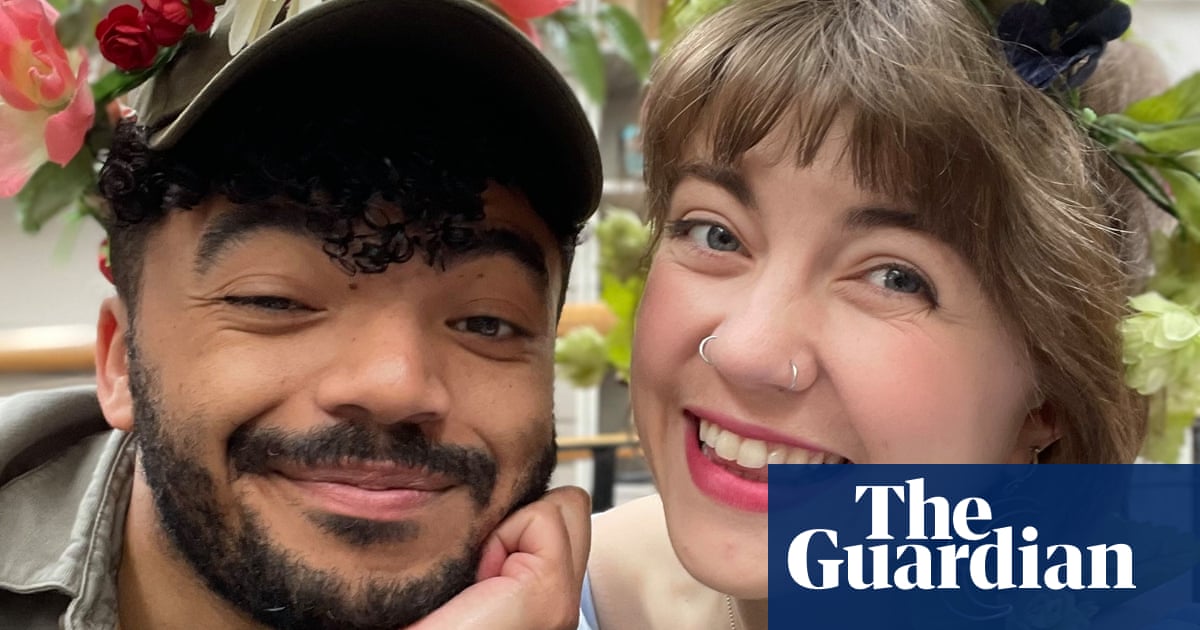 When Grace joined her university Frisbee team in 2012, she was looking for a bit of fun. “I’ve never been sporty but I had friends doing it and I ended up really enjoying it,” she says. That September, a few months after joining the team, she helped to recruit freshers. She soon met Lawrence, who signed up – “to be polite”. “I ended up having a fantastic time though,” he admits. They had a chat at the first training session, and Lawrence was instantly smitten with Grace. “I told my friend she was the most attractive woman I’d ever seen in my life,” he says.

Unfortunately Grace didn’t feel the same romantic spark. “I was quite insecure at the time, and young for my age,” she says. “I would always go out with boys who were non-committal.I don’t think I would have noticed such a nice guy.”

The pair bonded at their first team social, and became firm friends. “For the induction, you had to watch at least two Die Hard movies back to back; it was very nerdy,” she laughs. “You then drank three pints out of a Frisbee. We got very sick together.” They soon began hanging out regularly, but Grace was still unaware of Lawrence’s crush on her. “He became a shoulder to cry on when boys would break my heart,” she says. Lawrence had zero expectations at the time: “I just thought it would never happen so I was happy to be friends.”

The following year, he got a girlfriend and their friendship drifted apart. Then, in 2014, just as Grace was leaving university, she fell ill. “I was diagnosed with a brain tumour,” she says. “I suddenly had to leave and have surgery and radiotherapy.” During that time, she exchanged a few text messages with Lawrence. “I was trying to be supportive,” he says. “Occasionally we’d play online Scrabble and chat.”

Grace continued to struggle with her health. In 2017, she had two major bowel surgeries and found it difficult to launch herself into adult life. “I had to live at home with my parents. It felt like I had regressed,” she says. She turned to blogging and social media as an outlet, and eventually moved out just before the pandemic.

At the start of this year, she was scrolling through her Instagram account, when she noticed Lawrence had followed her. “I didn’t know he’d unfollowed me in the first place, so I sent him a jokey message about it,” she says. Once they reconnected, they began to chat all the time. “I thought he was gorgeous and wondered how I’d never realised it before,” says Grace. They soon became flirty and arranged to meet in Hastings, where Grace was living. “Lawrence lives in the Midlands, but we knew as soon as we saw each other again that this was it.” They now spend weekends together, and plan to set up home in Brighton. “We were so close all those years ago and it feels like we have a bit of a past,” says Grace. “It’s like we met the right person at the wrong time and now we have this second chance later in life.”

Grace still has health problems, but her condition is stable. “I get dizzy easily and can’t stand for long periods but I’ve learned to live with it,” she says. “I’d always seen my illness as something I had to manage on my own or with my family until I was with Lawrence. He’s incredibly kind, and helps to build my confidence. I know I can always count on him.”

Lawrence loves his partner’s positivity. “Everyone knows her and she always wants to connect with people,” he says. “Getting together was so unexpected, but it makes sense and feels right. I’m not sure we would have worked out 10 years ago, but we’ve had the chance to grow up and become the people we are now.”

Want to share your story? Tell us a little about yourself, your partner and how you got together by filling in the form here