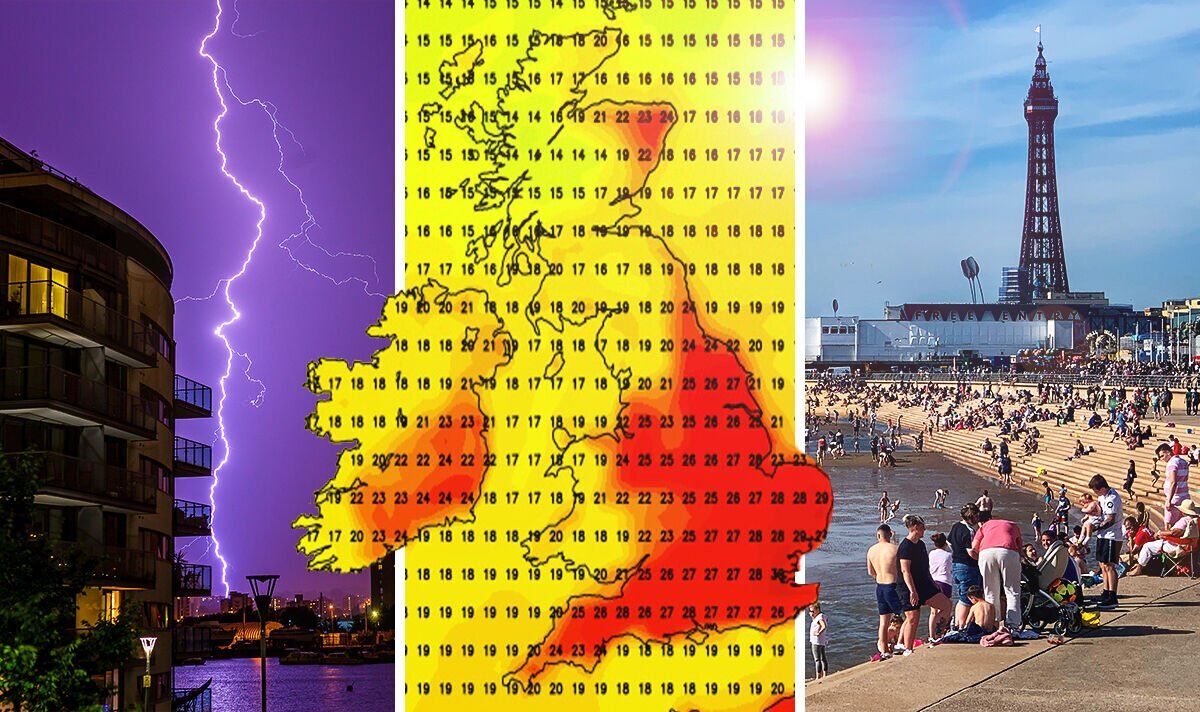 Netweather forecaster Ian Simpson said a frontal system will bring rainy weather from today, beginning in the north-west of Scotland. It will move southwards, with “thundery showers” across East Anglia and the southeast. The weather will then clear, bringing highs of 30C in Kent by Tuesday.

The rest of the southeast will see temperatures of between 28-29C.

Meanwhile, the southwest will see highs of 27C.

Mr Simpson said: “Sunday will be another cloudy day over most of England and Wales, with the band of rain slowly moving south but tending to fizzle as it moves south, so southern England will generally see very little or no rain from it.

“However, isolated thundery showers are expected to break out over East Anglia and the south-east as the front moves in.”

He added: “Brighter, cooler, fresher weather will move slowly southwards through the north of England, and some brighter intervals will also come through elsewhere in England and Wales.

“Temperatures will reach 24 to 26C in the south-east of England, and 20 to 22C in north-east England and the Midlands, but in other areas will generally reach 17 to 20C.

“Scotland and Northern Ireland will have sunny spells, and some scattered showers mainly in the north of Scotland.”

“The odd rumble of thunder may be heard in isolated areas, and it’s going to be pretty muggy and humid, typical of conditions seen in tropical countries.

“Temperatures could climb as high as 29C during the day in southern areas, but it’s going to feel uncomfortable and clammy.”

But he said it will be a “week of two halves”, with drier weather from the middle of the week.

Forecasting for today, the Met Office said: “Rain across England and Wales moving south and turning showery, perhaps thundery in the east.