Skip to content
HomeBusinessGermany to pay for gas in euros despite Russia’s rouble decree, says Scholz 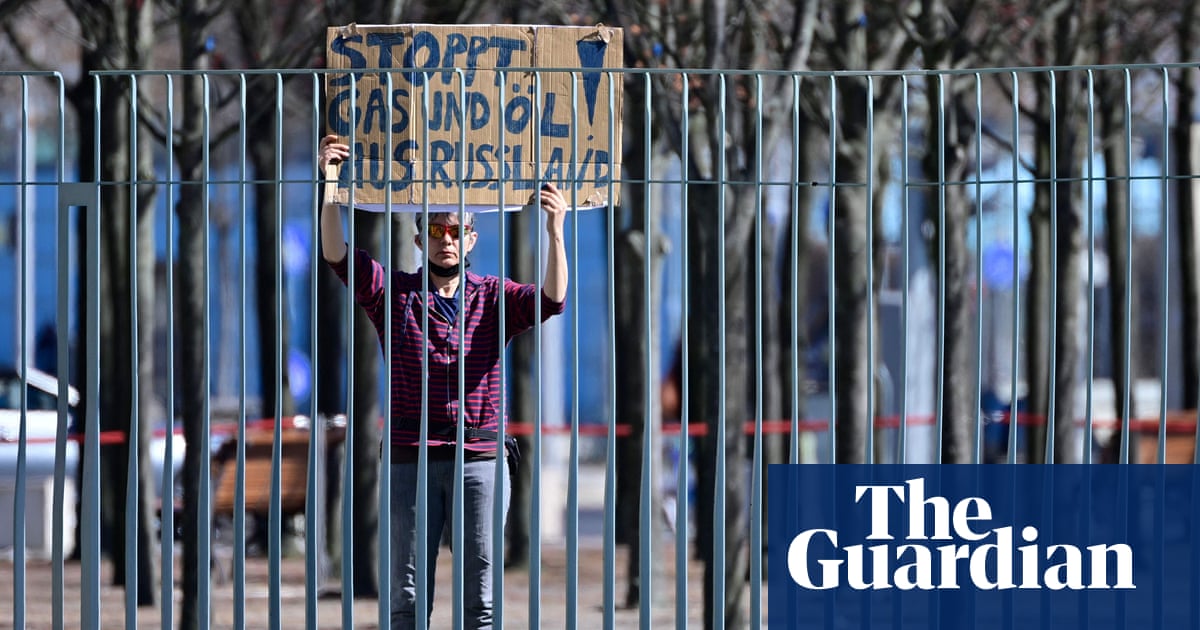 The German chancellor, Olaf Scholz, said he expects his country will continue to be able to pay for Russian gas in euros from Friday, after Vladimir Putin signed a decree threatening to enforce rouble payments from “unfriendly countries” and raising fears Moscow could be about to throttle gas supplies.

Energy contracts between Germany and Russia stipulated payments in euros, sometimes in dollars, Scholz said at a press conference in Berlin on Thursday, shortly after the Kremlin announced Putin had signed the decree. “In a conversation with the Russian president I have stated clearly that this will stay that way.”

The German gas payments in euros would be converted into roubles by Russia’s Gazprombank, German media reported on Thursday, based on the government’s understanding of the process. The Kremlin’s decree is formulated in such a way as to allow authorised banks to convert foreign currency in the payment process, as long as customers sign up to new conditions that include the opening of a rouble account.

Scholz’s reaction to the Kremlin’s decree echoed that of the Italian prime minister, Mario Draghi, who on Wednesday also tried to diffuse fears that Moscow would cut off supplies of gas used for heating and electricity.

Germans have nonetheless been urged to brace for a possible slow-down or halt of natural gas from Russia after the government triggered an emergency plan to manage its supplies.

Robert Habeck, the economics minister, has pleaded with private households and industry to use gas sparingly, telling them: “We are now in a situation where every kilowatt hour of energy that can be saved, is helpful.”

The first part of a three-point emergency plan that decides how and where supplies would be directed in case of a threat to the flow of gas and oil was activated on Wednesday. Hospitals and emergency services would be prioritised, followed by private households. Industries, which use a quarter of the gas delivered to Germany, would be the first expected to shut down.

Businesses are being urged to make individual cases for how much energy they would require if supplies had to be rationed, according to the plan, which was drawn up in 2017. The effect on industry would be a stark and have an immediate negative impact on the economy, including on supply chains and employment.

The head of the association of German towns and cities, Helmut Dedy, on Thursday urged the government to “get serious” about tackling the challenges. He suggested introducing a speed limit on autobahns of 100km an hour, earning the backing of the environmentalist lobby group BUND, which said it would argue for car-free Sundays and an end to short-haul flights.

Dedy said a halt in the flow of Russian gas or oil was now a realistic scenario and measures must be taken immediately, not least to prepare people for the situation. “We don’t want any hysteria, but we do need a stronger awareness by people and in the economy that we may be heading for a crisis of considerable scale,” he told the news agency DPA.

A speed limit on German roads had been proposed for environmental reasons during the negotiations prior to the formation of the current government, but had been rejected after opposition from the pro-business FDP.

Dedy said that Habeck was correct to trigger the emergency plan. “We need to be taking all possible measures at our disposal and on every level in order to prepare us for a supply stop from Russia, for both strategic and practical reasons,” he said.

The vulnerability of Europe’s largest economy has already been greatly exposed by the fact that 55% of its gas imports – higher than other European countries – come from Russia.

The Lithuanian president said it was time for Europe to stop all energy trade with Russia. “The income from it simply serves to finance the attack on Ukraine,” said Gitanas Nausėda at a joint press conference with the Danish prime minister, Mette Frederiksen, in Vilnius.

Germans were first urged to “turn down the thermostat” shortly after Russia’s invasion of Ukraine and, anecdotally at least, increasing numbers appear to be doing just that. Orders for heat pumps as an alternative to gas central heating are reportedly at a record high and people are also heeding calls to save energy, including by not keeping electronic equipment on standby mode, or by switching to LED lights.

As businesses are called to show where they can reduce their energy consumption, some are even urging their employees to switch to laptops rather than using desktop computers, or are turning off showroom lights at night.

Berlin has said it planned to wean Germany off Russian gas, but Habeck has cautioned this would not be possible before mid-2024. He has not ruled out putting a temporary halt on a plan to close coal-burning plants, something that would have been considered unthinkable even a few weeks ago for the Green politician.