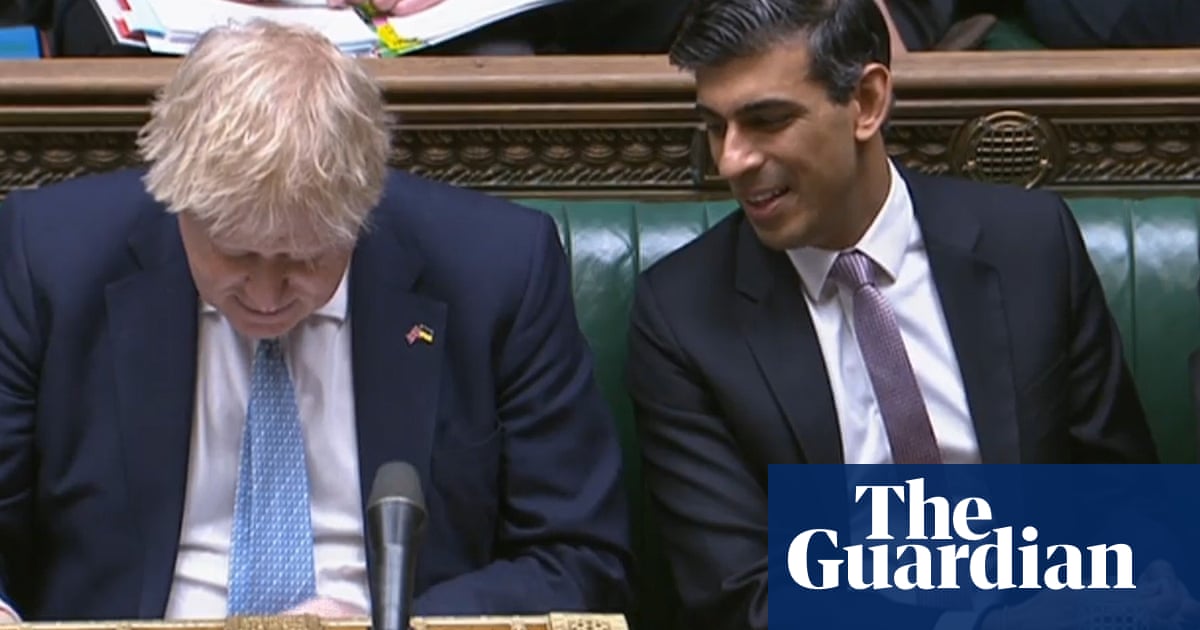 Public sector unions have reacted with fury after ministers announced that pay increases across the civil service would be pegged at an average of 2% for the year ahead, despite surging inflation.

In a written statement published on Thursday, the Cabinet Office minister Heather Wheeler said public sector employers would “have freedom to pay average awards up to 2%”, plus up to an extra percentage point in some cases, to be “targeted at specific priorities in their workforce and pay strategies”.

The chancellor, Rishi Sunak, lifted a freeze on public sector pay last autumn, but the fresh limit for civil servants suggests the Treasury remains reluctant to loosen the purse strings.

By contrast, the latest official figures showed average pay across the economy was increasing at an annual rate of 4.8%.

Mark Serwotka, the general secretary of the Public and Commercial Services Union (PCS), said the offer was in effect a pay cut because of rising inflation and said industrial action could follow.

“The failure of the government to recognise the cost-of-living crisis is a disgrace and shows utter contempt to our members, who have worked themselves to the bone during the pandemic … PCS will now be discussing an industrial response to this outrage.”

Garry Graham, the deputy general secretary of the Prospect union, said:“With inflation rocketing, a national insurance increase coming in and energy prices going through the roof this 2-3% pay remit guidance means yet another crippling real-terms pay cut for civil servants.

“Once again the government is using civil service pay as a political football and attempting to balance the books by penalising the people who have delivered so much through the twin challenges of Brexit and Covid.”

Dave Penman, the general secretary of the FDA, the union for senior civil servants, said: “The government has decided to abandon its own workforce and make no attempt to soften the blow to civil servants, who have spent the last two years helping the country through the health and economic emergencies. Ministers are running around with their fingers in their ears trying to pretend it’s business as usual.”

Sunak was widely criticised after last week’s spring statement for failing to do more to help protect workers against rocketing inflation, which is forecast to peak at 8%.

He told the BBC on Thursday he did not mind being unpopular because he was doing the right thing for the economy.

“The toughest part of this job is not being able to do everything that people would like you to do because we’re already borrowing quite a large amount of money, and I don’t think borrowing lots more would be sensible. Actually, it has the risk of making the problem worse when you’ve got inflation and interest rates going up,” he said.

“Some of these things are difficult. They’re certainly unpopular. But they’re responsible and will help us in the long term and I’m not going to deviate from that just for some short-term popularity gain.”

The director of the Institute for Fiscal Studies thinktank, Paul Johnson, suggested that with civil service pay already having been hit by a decade of real-terms pay cuts, the government was “testing the limits of employee patience and of the labour market”.

The lowest-paid civil servants will benefit from the increase in the national living wage, which is going up by 6.6% to £9.50 an hour from 1 April.

Meanwhile, analysis from the Health Foundation showed that soaring inflation meant NHS staff faced an average pay cut of £845 during 2021-22 and will see their income shrink by even more in 2022-23.

Staff lost at least £845 on average, although for some this was as much as £1,690, because their 3% pay rise was outstripped by inflation as measured by the consumer prices index, which hit 5.5% in February. They were awarded the 3% last summer when inflation stood at 1.6%.

They are facing an even bigger drop in real-terms income in 2022-23 because while ministers have offered them 3% again, the Bank of England has forecast inflation to rise to as much as 8% soon.

“NHS staff are already consumed by money worries when they’re at work giving vital care. These figures show why,” said Sara Gorton, the head of health at the union Unison. “Health workers need a wage rise that helps them absorb the eye-watering bill increases ahead. Otherwise they’ll leave for better-paid work, which will be a disaster for patients.”

Patricia Marquis, the Royal College of Nursing’s director for England, said: “This analysis is staggering and will give our members even greater worries about meeting the rising cost of living.

“The expert analysts are telling government this is likely to lead to NHS staff losses and we know thousands of nursing staff are feeling close to quitting. It is patients who pay the price for the government’s shortsightedness.”