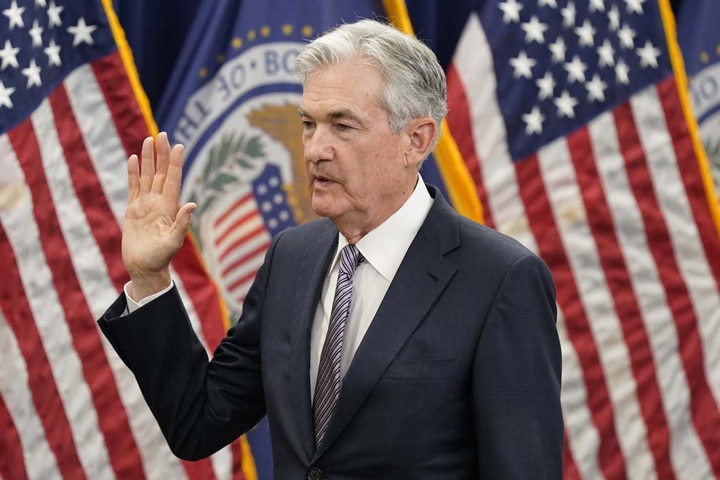 WASHINGTON—Federal Reserve officials agreed when they met earlier this month that they may have to raise interest rates to levels that would weaken the economy as part of their drive to curb inflation, which is near a four-decade high.

At the same time, many of the policymakers also agreed that after a rapid series of rate increases in the coming months, they could “assess the effects” of their rate hikes and, depending on the economy’s health, increase rates at a slower pace.

After their meeting this month, the policymakers raised their benchmark short-term rate by a half-point—double the usual hike. According to minutes from the May 3-4 meeting released Wednesday, most of the officials agreed that half-point hikes also “would likely be appropriate” when they next meet in June and July. Chair Jerome Powell himself had indicated after this month’s meeting that half-point increases would be “on the table” at the next two meetings.

All the officials believed that the Fed should “expeditiously” raise its key rate to a level at which it neither stimulates nor restrains growth, which officials have said is a rate of about 2.4 percent. Some policymakers have said they will likely reach that point by the end of this year.

The minutes suggest, though, that there may be a sharp debate among policymakers about how quickly to tighten credit after the June and July meetings. The economy has shown more signs of slowing, and stock markets have dropped sharply, since the Fed meeting.

Government reports have indicated, for example, that sales of new and existing homes have faltered sharply since this month’s Fed meeting, and there are signs that factory output is growing more slowly. Gennadiy Goldberg, senior rates strategist at TD Securities, suggested that the minutes released Wednesday might reflect a more “hawkish” Fed—that is, more focused on rate hikes to restrain inflation—than may actually be the case now.

Some officials, particularly Raphael Bostic, president of the Federal Reserve Bank of Atlanta, have indicated since this month’s meeting that the Fed could reconsider its pace of rate hikes in September.

And Loretta Mester, president of the Federal Reserve Bank of Cleveland, has said that if there’s “compelling evidence that inflation is moving down,” the Fed could slow its rate hikes, likely to a quarter-point pace.

“But if inflation has failed to moderate,” she added, “a faster pace of rate increases may be necessary.”

The minutes released Wednesday signaled a tentative acknowledgement by some Fed officials that recent inflation data “might suggest that overall price pressures may no longer be worsening.” At the same time, those officials—the minutes don’t name individual Fed policymakers—stressed that it was “too early to be confident that inflation had peaked.”

Fed officials unanimously agreed that the “US economy was very strong, the labor market was extremely tight, and inflation was very high and well above” the Fed’s target of 2 percent. Powell had expressed similar sentiments at his May 4 news conference.

Fed officials are betting that the economy’s broad strength will enable it to withstand sharply higher borrowing rates without leading to extended layoffs or a recession.

When Fed officials decided this month to raise their benchmark rate by a half-point to a range of 0.75 percent to 1 percent, it was their first increase of that size since 2000. The officials also announced that they would start to shrink their huge $9 trillion balance sheet, which has more than doubled since the pandemic.

The balance sheet swelled as the Fed bought about $4.5 trillion in Treasury and mortgage bonds after the pandemic recession struck to try to hold down longer-term rates. On June 1, the Fed plans to let those securities start to mature, without replacing them. That should also heighten the cost of long-term borrowing.

Powell has said the Fed is determined to raise rates high enough to restrain inflation, leading many economists to expect the sharpest pace of rate hikes in three decades this year. Powell says the central bank is aiming for a “soft landing,” in which higher interest rates cool borrowing and spending enough to slow the economy and inflation. But most economists are skeptical that the Fed can achieve such a narrow outcome without causing an economic downturn.

Stock prices have plunged on fears that the Fed’s rate hikes will send the economy into recession. The S&P 500 has fallen for seven straight weeks, the longest such stretch since the aftermath of the dot-com bubble in 2001. The stock index nearly fell into bear-market territory last week—defined as a 20 percent drop from its peak—but rallied Wednesday.

The minutes also showed that some policymakers decided it was appropriate to consider selling some of its holdings of mortgage-backed securities, rather than simply letting them mature. Sales would make it easier for the Fed to transition to a portfolio composed mainly of Treasurys, the minutes said.

The Fed has said that by September it would allow up to $30 billion of mortgage-backed securities to mature each month, along with $60 billion in Treasurys. Many analysts doubt that the cap will be reached for mortgage-backed bonds, because mortgage rates have jumped more than 2 percentage points since the start of the year. That means that fewer homeowners will refinance their mortgages because their current loan rates are lower than the rates now available in the mortgage market.

Fewer refinancings would force the Fed to sell mortgage-backed securities to maintain its plans to reduce its balance sheet.