Skip to content
HomeBusinessFasten your seatbelt: we are flying into months of UK travel chaos. But who will protect passengers? | Callum Tennant 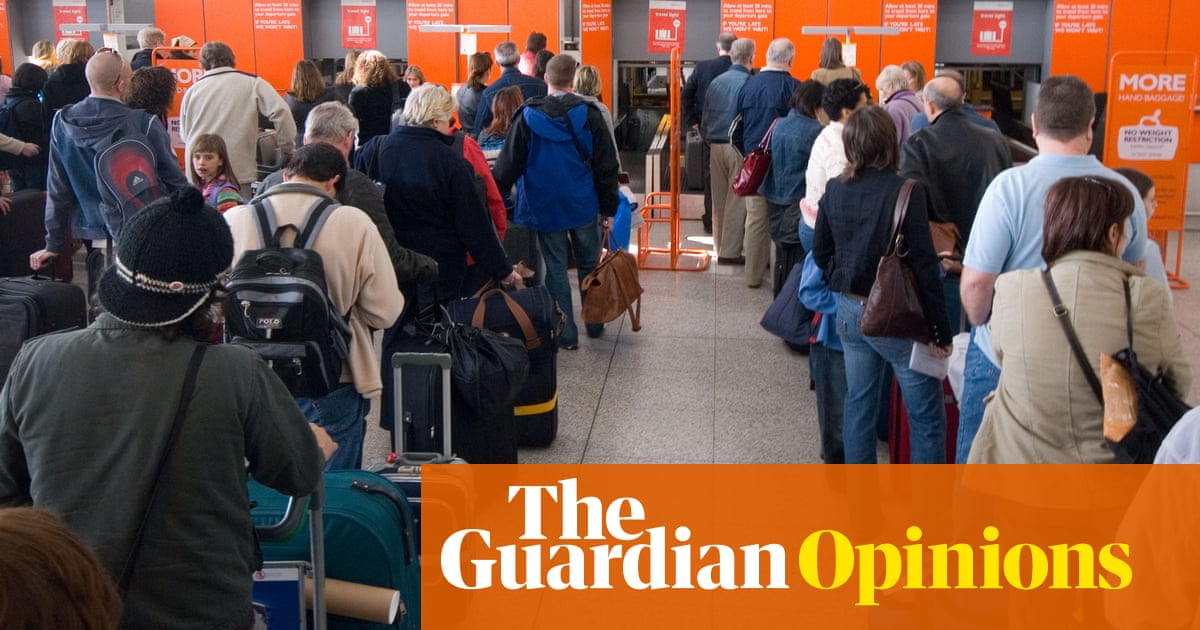 Flying certainly isn’t as glamorous as it once was, but that doesn’t mean it has been as painful as it is right now. Airlines charge customers for small comforts – such as sitting next to the person you booked the flight with – and that’s if your flight even gets off the ground. Many customers have been left grounded after cancelled flights, praying they’ll get the compensation they’re legally entitled to. It’s not a situation that any sector, or regulator, should be happy with.

Aviation is a cutthroat business with extremely tight profit margins. The sector is littered with corpses, such as Monarch and Thomas Cook, showing what happens to businesses with an unsustainable model. But the current crisis is the result of airlines being too focused on profits and not paying enough attention to customers and staff wellbeing.

You may remember a time when airline staff brought round meals on your flight to Spain, but these extras were the first on the chopping board as market liberalisation in Europe led to the rise of budget carriers who would set the pace for a race to the bottom between providers.

Budget airlines tried to poach business travellers from legacy carriers and, in return, legacy carriers embraced a discount airline approach in their economy class. Foreign holidays became more accessible, but travellers began to feel like figures on a balance sheet rather than valued customers.

Staff began to take industrial action over cost-cutting and pay, with staff at British Airways striking in 2009 and again in 2017. While management told staff members of the importance of cost-effectiveness, the message was undermined by pay rises at the top. In 2019, the then chief executive of BA, Alex Cruz, caused outrage when he accepted a “£530,000” pay rise, while pilots did not receive pay increases to the extent they’d requested.

Then Covid-19 hit. Airlines, airports and third parties involved in aviation laid off hundreds of thousands of workers. Many workers whose careers spanned several decades were made redundant without a second thought. Aviation firms have been accused of operating “fire and re-hire” schemes, abusing the spirit of the furlough scheme and of cutting too deep. In 2020, the UK parliament’s transport committee accused some airlines of making a “calculated attempt to take advantage of the pandemic to cut jobs”. Throughout the pandemic, many airlines also failed to provide full cash refunds to consumers when they were required to do so by law.

As we come out of the pandemic, it often seems that things are getting worse rather than better. Wizz Air’s chief executive József Váradi said staff should go “the extra mile” when tired so the airline could avoid cancelling flights. The comment was met with outrage by pilot unions, who said the comments demonstrated a “deficient safety culture”. Wizz Air denied that Váradi was specifically targeting pilots, insisting that he was speaking to all staff, and said that “safety has, and always will be, our first priority”.

As thousands of flights are cancelled over the coming months, there are fears that consumers might again be misled by airlines seeking to limit payouts. The UK’s own air regulator, which is in charge of protecting travellers, has admitted its enforcement powers regarding airline refunds are insufficient.

At the end of April, the UK parliament’s transport committee said that the UK Civil Aviation Authority urgently required the power to impose financial penalties on airlines that did not provide full refunds to consumers when they were required to do so by law. The parliamentary committee also urged the government to introduce a mechanism to ensure that when entitled to a refund by law, airline passengers were granted automatic compensation.

But it’s not all bad news. In a sign that shareholders might also have had enough, BA’s parent company, IAG, is facing a possible shareholder revolt over a decision to increase chief executive Luis Gallego Martín’s share awards, despite enormous losses during the pandemic. Starting earlier this year, BA passengers were once again given free food and drink on short-haul flights after the airline’s boss admitted scrapping perks had been a mistake.

Restoring faith in UK aviation will take more than just a sandwich, however. Job security for staff and new powers to the industry regulator must also be on the menu.