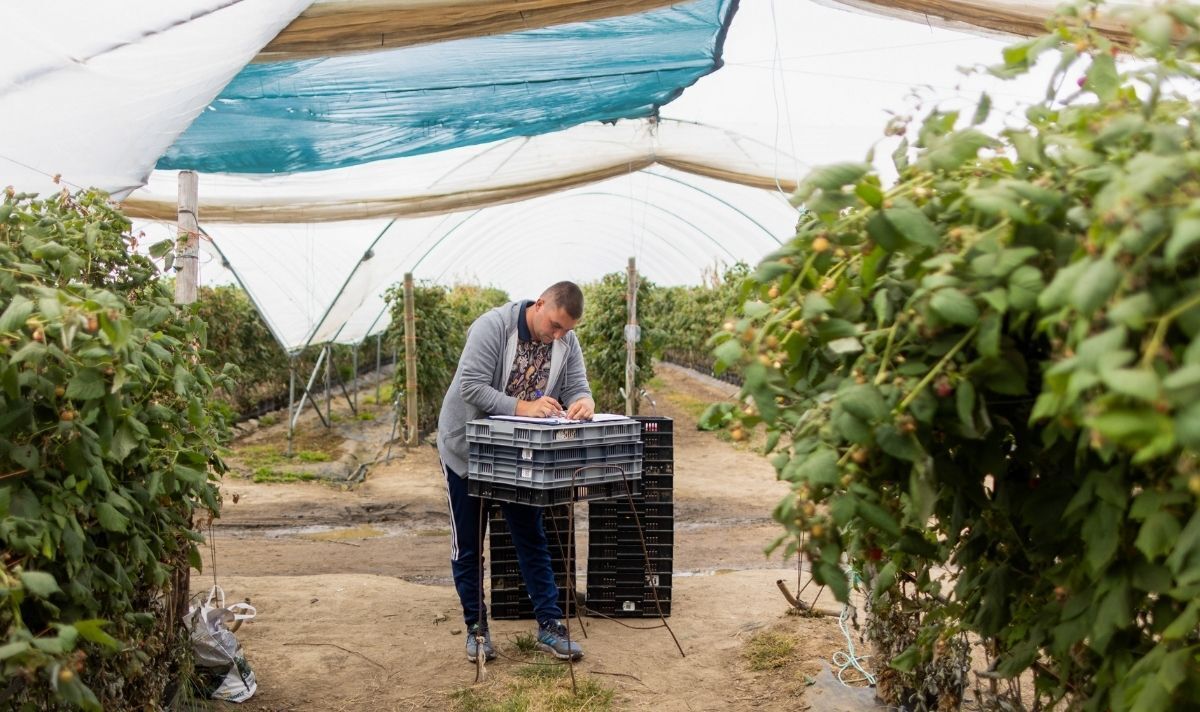 The shortage of workers has led to millions of pounds being lost as crops remain unpicked in turn increasing food inflation up to 20 percent, according to the agriculture sector. Not only is the issuing of post-Brexit seasonal working visas impacting the farms, but the invasion of Ukraine also means there is a lack of workers hoping to come to the UK to earn money.

Last year, over 60 percent of those who came to work under seasonal visas came from Ukraine and eight percent came from Russia and with law preventing men leaving either country, these workers are no longer available.

Managing director of Sandfield Farms Derek Wilkinson spoke to Sky News about the labour shortage after his company usually employs over 750 foreign workers to pick fresh produce on his farm in Worcestershire.

Mr Wilkinson is already noticing a negative impact on his business as delays in processing visas have already cost approximately £250,000 of his spring onion and asparagus crop farmed in Worcestershire.

He said: “If we haven’t got the people, we simply can’t harvest the crop.

“We try to recruit locally and there just aren’t the people out there.

“British people just don’t want seasonal work, if you live in the UK you need a permanent job. We do try to recruit but we’d get very little uptake.”

The “ridiculous” visa delays have seen the processing time take approximately six to seven weeks whereas in other countries in Europe it takes a matter of days.

Mr Wilkinson said that the delays in the UK are “just ridiculous in my opinion” and he added: “I speak to growers in Holland and Germany all doing the same thing and they can get a visa processed in a few days, so I’m not sure why it takes so long.

It is thought that the Government will seek to phase out seasonal working visas by 2024 in order to allow robots and domestic workers pick up the slack which has been criticised by those in the industry.

The deputy president of The National Farmers Union Tom Bradsaw said: “We have a very low level of unemployment, we have four percent unemployed and millions of vacancies so it is unrealistic for it to be delivered from the domestic workforce when there are plenty of permanent roles.”