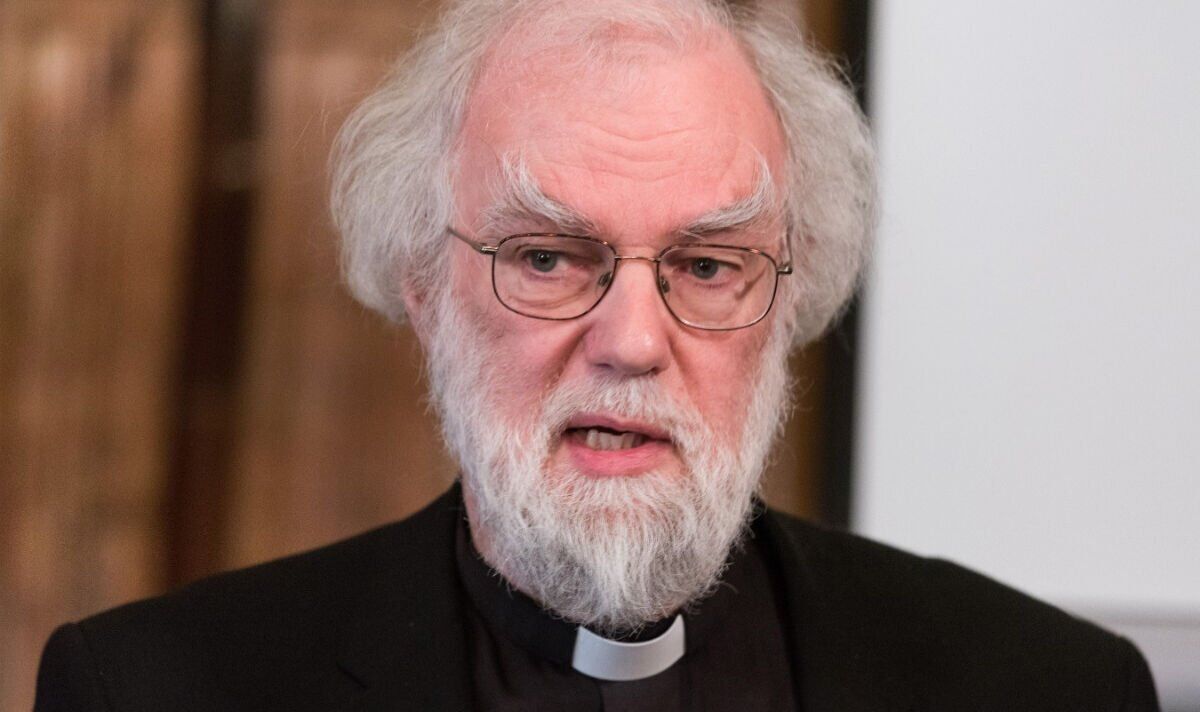 Ex-Archbishop of Canterbury Lord Rowan Williams of Oystermouth, 71, sat down with Kirsty Wark, 67, on BBC Newsnight as the pair looked ahead to the Queen’s Platinum Jubilee and discussed the Government’s Rwanda immigration policy. Lord Williams, who resided in Lambeth Palace from 2002 to 2012, spoke openly about the 96-year-old monarch’s evolving role in public life and even claimed Brits are approaching “the end of an era”.

Lord Williams said: “There is certainly a widespread sense isn’t there that like it or not we are coming towards the end of an era.

“The era of that steady visibility of the Queen in our public life.

“We are going to have to cope with other ways of thinking about her and she’s certainly never been a Queen Victoria, retiring to a dignified and sad remoteness, that is not her style.”

Lord Williams, who previously served as the Archbishop of Wales from 2000 to 2002, added: “But she’s clearly calculating what she can cope with and what she can’t.

“Also calculating what’s going to be helpful in making the transition possible for people when the time comes and typically thinking it through.”

JUST IN: Prince Harry to run back to UK ‘with tail between legs’ as Duke not ‘totally happy’ in US

Lord Williams also confessed the relationship he struck with the Queen altered his own view of the monarchy.

The ex-Bishop of Monmouth, who Ms Wark described as a radical and previously on the left, said: “I’d never been a great monarchist by conviction, though I wasn’t a principled republican either, I hadn’t really thought it through very much.

“I think, if I can say it, sheer personal affection to somebody who was unceasingly supportive and kind and generous in my regard, did make a difference, of course.

“I liked her, I liked spending time with her.

He added: “Faced with the alternative with the monarchy and an elected head of state, I am certainly not going to rush down a republican road here.”

However, Lord Williams’ comments came after it was revealed his successor at Lambeth Palace, the Most Reverend Justin Welby, 66, will miss Platinum Jubilee celebrations at St Paul’s Cathedral.

In a statement, Mr Welby said he was “deeply saddened” to not be attending the celebration but would be praying for the Queen and giving thanks to her “extraordinary 70 years of service to us all”.

The Archbishop of York, Stephen Cottrell, 63, will stand in for the sermon in his place.