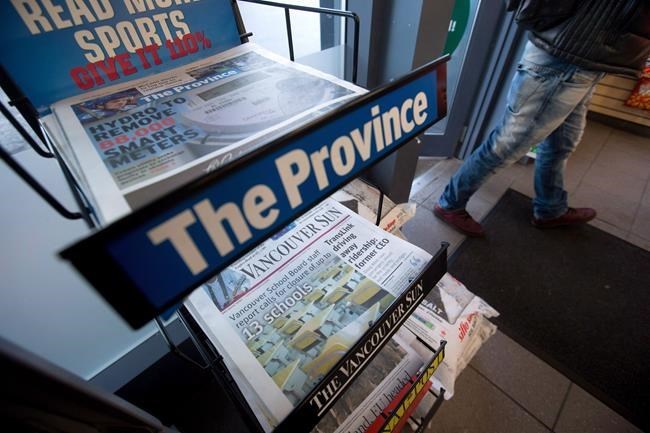 One expert at the intersection of journalism and policy says Postmedia Network Inc.’s decision to end the Monday print edition of nine of its urban daily newspapers next month is an “important moment” for news media in Canada.

The Vancouver Sun and the Province, Calgary Herald and Calgary Sun, Edmonton Journal and Edmonton Sun, Ottawa Citizen and Ottawa Sun and the Montreal Gazette will all be affected when the move takes effect on Oct. 17. Postmedia said no jobs will be cut in its announcement earlier this week.

EPaper versions of the affected newspapers – a digital replica of the print edition – will be published on Mondays and each outlet’s websites will still be updated with stories and news content.

Postmedia said it makes the move as reader habits continue to change and that it is confident in its digital offering.

Greenspon notes that Monday has always been a weak day for newspaper revenue in general, adding that physical newspapers might eventually become a “luxury item” reserved for weekends.

This report by The Canadian Press was first published Sept.23, 2022.