Skip to content
HomeNewsDavid Hare: ‘There is an awful lot of pious theatre at the moment’ 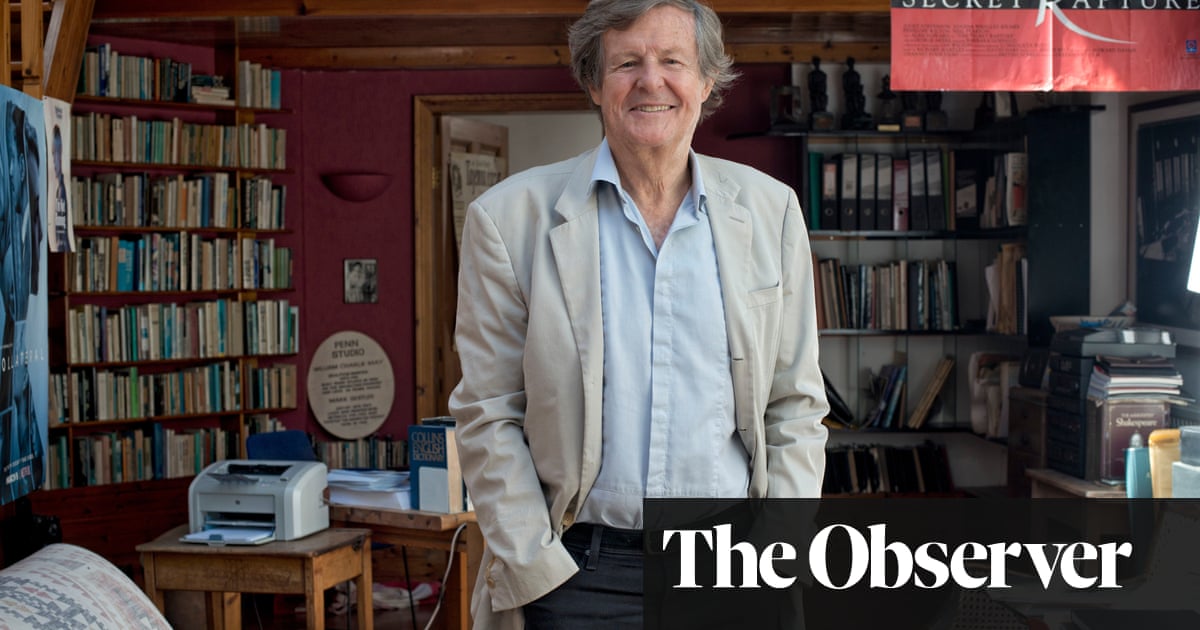 David Hare, 75, is the author of more than 30 stage plays, many of them dealing with politics and major British institutions, including Plenty, Racing Demon, Stuff Happens and The Absence of War. He has also written (and sometimes directed) numerous screenplays and television series such as Collateral and Roadkill. We Travelled, just published in paperback, brings together reminiscences, reflections on his ideal theatre, political polemic and tributes to some of the artists he admires – as well as a selection of his poetry, published for the first time.

What led you to write – and now publish – poetry?
I started writing poetry because [my wife] Nicole [Farhi, the fashion designer turned sculptor] complained that I never wrote about her. And I said, considering the kind of writer I was, it was probably a great compliment! I began with love poetry and then expanded from there. I published it privately as a 70th birthday present to myself… There is obviously a poetry establishment in this country [and] people said I was very brave to write poetry when I knew nothing about “the state of poetry”.

You describe your essays, on everyone from Sarah Bernhardt to Jimmy Savile, as “palate-cleansers”…
Writing a play takes a long time and a huge amount of effort and then, when I get asked to write an essay, it’s quite exhilarating, it only takes two or three weeks. When I get my thoughts clear about a subject, it does me a lot of good. It clears the gutters of my mind.

Which of the essays particularly stand out for you in retrospect?
The lecture that I’m proudest of [reprinted in the book as “In the Oxford Madrasa”] is the one that I gave in 2016 about conservatism being in a hopeless philosophical mess. It was at a time when conservatism was riding extremely high and the lecture was very badly received in Oxford. Cameron and Johnson represent the worst of British culture and they went to a university that trained them to believe that everything was about personal ambition and nothing was about personal responsibility.

What do you mean by “pious theatre” and how do you guard against its dangers?
There is an awful lot of pious theatre at the moment, where you go to have what you already believed reinforced. You are simply told that gay people are people just like everyone else, that racism or misogyny is a terrible thing. You are confirmed in your own righteousness. I have been guilty of it in passages of my plays, but, as producers have been keen to point out to me, I very rarely send audiences out of the theatre confirmed in their wonderfulness. I tend to examine the ills of the world and leave people with very ambiguous feelings about what can be done about them and their own involvement.

What are the particular pleasures of adapting other playwrights’ work?
The more confident I became of my own voice, the happier I was to enable others. Taking Brecht or Ibsen or Lorca or Chekhov into “the garage”, taking them apart and seeing how they work is just professionally fascinating. You just go: “So that’s how they do it!” It’s really good fun.

One of your essays challenges the rather rose-tinted image that Chekhov’s admirers sometimes present of him…
He liked to seduce women and, once he had slept with them, they became repellent to him. That is a syndrome that men suffer from. And it’s not an enviable or desirable state for a bloke. Chekhov was trailed around by women who were bewildered by his behaviour. That is not the secular saint of legend.

Which playwrights of your own generation do you keep returning to?
I’ve become fonder and fonder of Brian Friel and Faith Healer has sort of become my favourite play. He has this wonderful idea that a guy is a travelling faith healer who has a gift and is able to heal people – sometimes but not always. He doesn’t know where the gift comes from and then the gift disappears. Everyone gets angry with him and accuses him of being a fraud. To me, that is just such a metaphor for life – you have no idea where your power, if you have any power, comes from and then, when it vanishes, you have no idea why it’s vanished. The first time I saw that play, I thought: “You clever bugger! That is the best metaphor ever for human life.” I was jealous as hell.

Tell us about a contemporary play you particularly admired.
I loved the Beth Steel play The House of Shades, written by a 30-year-old trying to explain to the people who went to the Almeida theatre [in London’s Islington earlier this year] why people from a working-class community in Nottingham might not share their worldview. It was a wonderfully eloquent account of the feelings that made them so disillusioned with people [on the liberal left].

Which recent books have you been particularly impressed by?
I was knocked out by Jonathan Freedland’s The Escape Artist [a biography of Rudolf Vrba, “the man who broke out of Auschwitz to warn the world”]. I thought that has got a tone I’m not sure anyone else has quite achieved in writing about those events. I’ve been reading – and fighting – Maggie Nelson’s The Argonauts; feeling admiration and anger in equal parts. But she’s very stimulating. I think Rachel Kushner is a great writer. The Hard Crowd, her book of essays including “Is Prison Necessary?”, is completely fantastic and so is her novel The Mars Room.

Which writers do you turn to for help in understanding the current political and cultural scene?
Anne Applebaum – I think she’s brilliant. Fintan O’Toole is the best commentator on Brexit. Colm Tóibín, whenever he bothers to write politically – he’s a kind of genius political commentator. Helen Lewis is a fantastic writer about politics. There was a period at the New Statesman when she was also given space to write profiles and she wrote the best theatre profiles since [Kenneth] Tynan. One of them was of [writer and theatre director] Robert Icke, who’s a friend of mine, and I just read it and said: “This nails Robert so beautifully.”