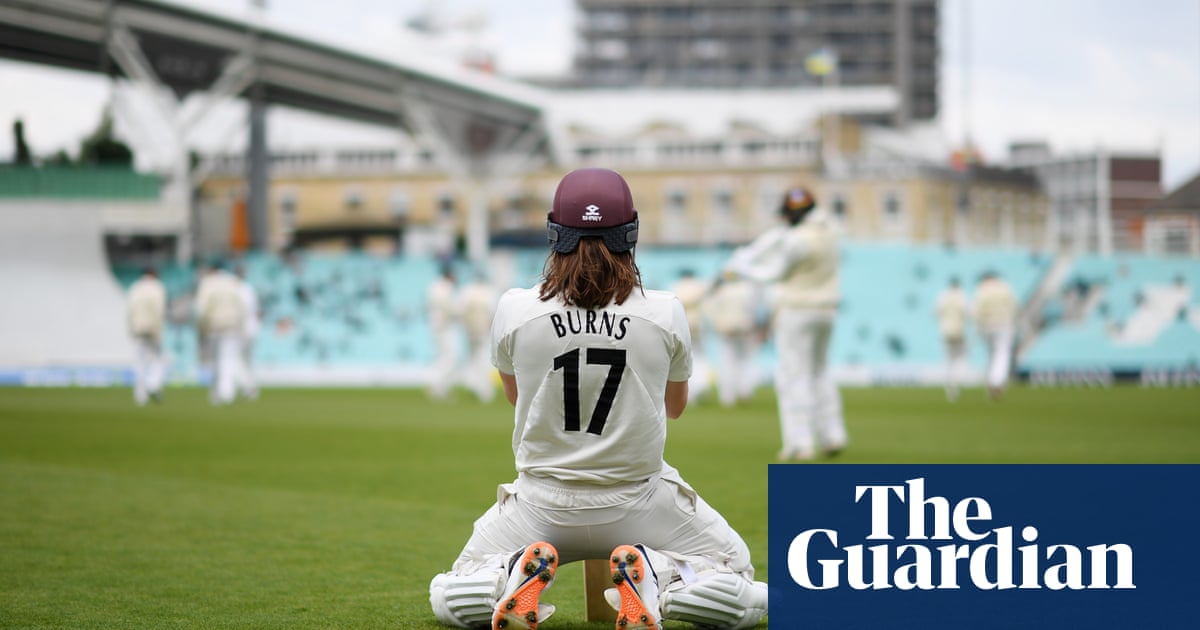 One way a captain can get ahead in a game and open up pathways to a victory is to win the toss, bat first and contribute a daddy hundred. With his team’s batting almost comically fragile this season (his own form no small part in that), Tom Abell batted more than 100 overs for his undefeated 150, looked at his four international bowlers – plus Jack Brooks, who is closing in on 500 first class wickets – and must have thought Somerset’s nightmare start to the season was finally to be arrested.

But Rory Burns had routes of his own to the win that would keep Surrey top of Division One. His lay in a phalanx of bowlers who bat and batters who bowl. One of the former, Sam Curran, top scored in the first innings to keep the leaders in the game and one of the latter, Ryan Patel, hit a century in the second to make it two wins out of three for the Londoners.

Bowling options are often cited as essential in white-ball cricket, but they can be just as important in the first class game, both in a match and also across a season of varying conditions. Seven Surrey bowlers delivered at least 10 overs in the game and six took wickets – that’s healthy competition for a place in the XI and for the next over from the Pavilion End.

Hampshire bounced back from last week’s shellacking by the leaders to deal out an innings win of their own, Kent feeling the backlash at Canterbury.

The home side won the toss and elected to bat and their innings followed a similar pattern to Somerset’s 70 miles or so to the west, Daniel Bell-Drummond with the daddy ton at No3. Keith Barker led the attack with six wickets, as the seamers shared the scalps.

But Hampshire are an ageing/experienced XI (delete as you prefer) and, coming in with the new ball blunted, all three of the middle order men with 160+ matches on their records, James Vince, Liam Dawson and Ben Brown, plundered centuries. The hosts looked deflated long before Vince decided he had enough banked and declared, 652-6 on the board at almost four and a half an over.

There were yet more runs from Ben Compton, with Jordan Cox and Darren Stevens chipping in to ensure that the points were not given up lightly, but Hampshire are beginning to justify the pre-season tipsters’ confidence. They are second in the table after last week’s hiccup and are likely to have fewer international call-ups than their rivals later in the season.

We will know more about Hampshire’s championship credentials after this week’s match against high-flying Lancashire, who eventually overcame a tremendous rearguard from an outclassed Gloucestershire, whose spirit did the grand old Championship proud.

If Hasan Ali and Matt Parkinson are putting together a highly clickable showreel of Wasim and Warne tribute dismissals, the Pakistan quick literally shattering stumps, fewer will be seeking out Josh Bohannon’s innings highlights.

That said, aficionados will do so with delight, particularly after too many years watching England batters quirky techniques unravel the moment a ball is travelling at over 87mph or spun hard in their direction. Lancashire’s No3 was orthodoxy personified, going forward or back as length demanded, his head, hands and feet in a vertical line, his compact style making him look smaller than he is – never a bad sign in a batter. Leg side deliveries were hit to that side of the field; off side deliveries were hit to the other; half volleys were driven; short balls were cut or pulled; and the good ones were defended back from whence they came.

Bohannon, who turned 25 earlier this month, is building an irrefutable case for Test selection. If he continues his form in these early rounds of Championship fixtures, he should be given one of the slots either side of Joe Root in the England order to face New Zealand.

The 2021 champions comfortably defeated the 2020 Bob Willis Trophy winners at Edgbaston, Michael Burgess adding a 170 to go with his 178 from his previous match, as his run of runs continues. But Essex are nothing if not fighters and their second innings of 323, having conceded a deficit of over 200, was just as expected, if not enough to stretch the home side.

Danny Briggs is a decade on from his England days but, at 30, he is entering the prime years of a spinner’s life. His five wickets in the match gives him eight in two Division One matches to go with Matt Parkinson’s 11 in two and Zafar Gohar’s 10 in three. One can hardly complain at Surrey leaving out Amar Virdi and Dan Moriarty considering their results but, if spinners are good enough, they can thrive in April when given the chance.

After George Hill’s maiden first class century and more runs for Harry Brook, Yorkshire had almost four sessions to bowl out Northamptonshire and match Lancashire’s two wins from two start to the season.

New Zealand opener Will Young batted for six hours and found company in his captain, Ricardo Vasconcelos, and middle-order men, Rob Keogh and Lewis McManus, as Yorkshire’s lack of threat with the ball was exposed. Dom Bess, with 14 Tests caps, held an end, going at less than two an over, but he took just the single second-innings wicket, despite having a mountain of runs behind him. With Jack Leach yet to take a wicket all season, England’s two most recent spin selections have work to do to make their cases for 2022.

In Division Two, a very strong Nottinghamshire XI despatched Durham by an innings and plenty to go top of the table, a point clear of Derbyshire.

While Ben Slater’s 225 caught the eye (how tempted must he have been to run out last man Dane Paterson just before the declaration and add a “carried his bat” to reports?), Liam Patterson-White’s seven wickets in the match took him to 18 for the season, leading the standings across the Championship’s two divisions.

Patterson-White is another spinner in form but he may catch the eye of white-ball rather than red-ball selectors as he can bat handily and has seldom been collared in his short career so far. It’s too early to be punting him for honours just yet, but he’s likely to be playing Division One cricket next year if he continues in this form and he can press for consideration in all formats if so.