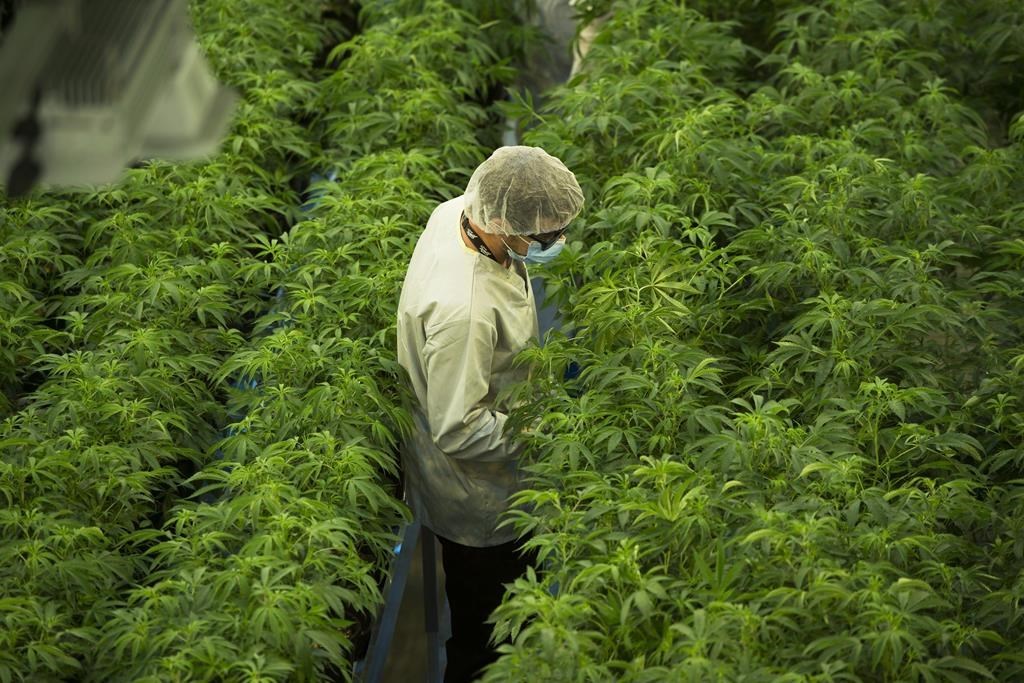 Canopy Growth Corp.’s share price fell more than 11 per cent Friday morning after the cannabis company announced a $1.72 billion non-cash writedown it took in its most recent quarter contributed to a net loss of more than $2 billion.

The Smiths Falls, Ont., company’s share price dropped about 40 cents to $3.29 after reporting the first quarter net loss, which compared to net earnings of more than $389 million at the same time last year.

The impairment charge for the period ended June 30 was linked to Canopy’s pot operations and came as its recreational business-to-business cannabis sales fell 38 per cent since last year because of price compression and increased competition.

As part of the plan, 243 affected Canopy workers spanning Canada, Europe and the U.S. lost their jobs in April, the latest in a string of layoffs Canopy and its rivals have carried out during the COVID-19 pandemic.

Canopy anticipates its moves will create between $100 and $150 million in savings within a 12-to-18 month range and — like a series of other cannabis companies who have embarked on overhauls recently — help it reach profitability by better aligning supply with demand.

“The cost saving program announced earlier in the quarter combined with sound expense discipline contributed to a meaningful decline in operating expenses during the quarter,” said Judy Hong, Canopy’s chief financial officer, in a release.

“We expect cost savings to ramp in the second half of the year, enabling us to execute on our path to profitability even as we continue to invest in strategic growth initiatives including in BioSteel and our U.S. THC ecosystem.”

The net loss incurred by the company behind the Tweed, Tokyo Smoke and Doja brands amounted to a loss of $5.23 per diluted share compared to a loss of 84 cents per share in the second quarter of 2021.

Analysts expected the company to report a net loss of US$111.6 million or 28 cents per share, according to financial data firm Refinitiv.

This report by The Canadian Press was first published Aug. 5, 2022.

Companies in this story: (TSX:WEED)