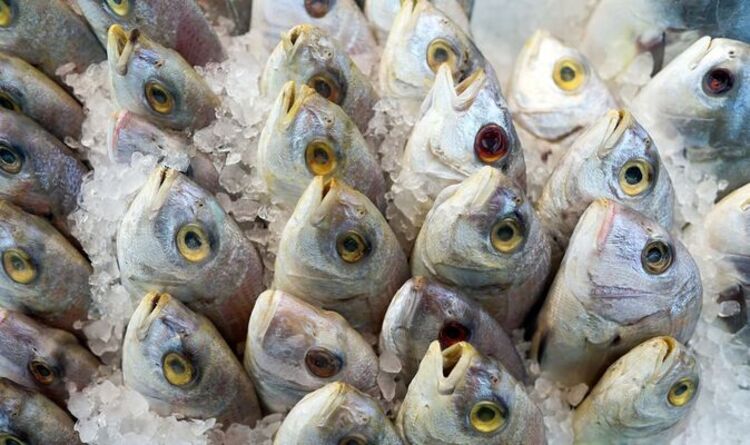 A Government official said the sanctions have been “delayed while we sort some technicalities,” but stressed that “we are totally committed to them.”

Any suggestion the plans had been dropped entirely was “totally untrue,” the official confirmed.

Around 30 percent of the UK’s whitefish comes from Russia, which controls an estimated 40 to 45 percent of the global supply, according to industry body Seafish.

When the measures were first announced there was opposition from the seafood processing industry and fish and chip shops who rely on the supply of Russian whitefish including cod.

They were concerned the measures could squeeze their businesses in an already struggling industry.

Andrew Crook, president of the National Federation of Fish Friers told Politico they would support “any measures” to end the war in Ukraine.

He said: “I think Government wants more time to investigate the impact of sanctions on whitefish so have just held off for the time being.

“We of course support any measures they deem suitable to bring the conflict to a speedier conclusion.”

A spokesperson from Seafish, a public body that supports the UK’s seafood industry, said the Government was using the delay to allow for “further work” to understand the “specific implications” of the proposed tariffs.

They said: “This specific tariff change has been delayed to allow for further work by Government to understand the specific implications of this change for the seafood sector.

“We will continue to work with Government and seafood businesses to help ensure there is a clear understanding of the complexities around seafood trade and processing to ensure these measures have maximum impact on Russia while taking care that UK businesses are not penalised unnecessarily.

“We will also continue to provide advice and guidance to businesses to help them to adapt to these changes.”

A spokesperson for the Department for Environment, Food and Rural Affairs (DEFRA) said the Government is imposing the “most punishing sanctions ever on Russia” following Moscow’s invasion of Ukraine.

They said: “We intend to introduce a 35 percent tariff on imports of whitefish from Russia, subject to further work on the specific implications for the sector.”

“We continue to speak with the industry body, the National Federation of Fish Friers, and other sector representatives about potential pressures as they navigate any changes.”