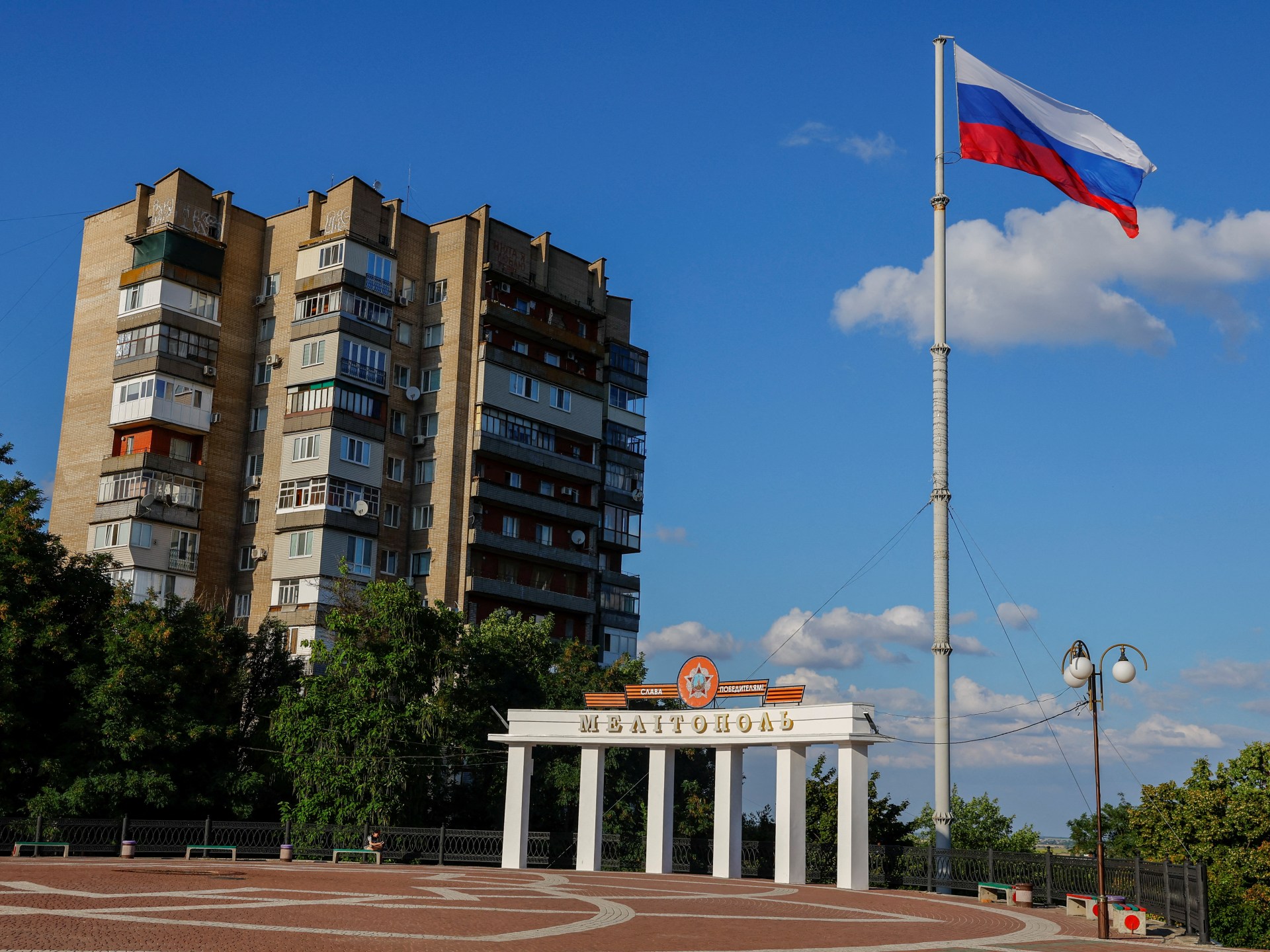 Ukrainian officials say three soldiers killed in the blast, one day before a controversial referendum to join Russia is set to take place.

An explosion has hit a crowded market in the southeastern Ukrainian city of Melitopol, with Ukrainian and Russian-installed officials trading blame.

Melitopol, in Zaporizhia region, was one of the first Ukrainian cities to fall into Russian hands after Moscow launched a full-scale invasion of Ukraine in late February.

In an apparently coordinated move, pro-Moscow regional leaders in the regions of Luhansk, Donetsk, Kherson and Zaporizhia announced referendums on joining Russia. The process, which will take place between September 23 to 27 under military occupation without any outside oversight, has been denounced as a sham lacking any legitimacy by Ukraine and its Western allies.

Ivan Fedorov, Melitopol’s exiled mayor, said the explosion had been deliberately staged by the occupying Russian forces in order to accuse Ukraine of “terrorism”.

Fedorov said it had killed three soldiers, while the number of civilian casualties was not clear.

Vladimir Rogov, a member of the Russian-installed local administration, said the attack had been carried out by Ukrainian special services to intimidate civilians ahead of the referendums.

Fighting is continuing in all four regions, which represent about 15 percent of Ukraine’s territory.

The integration of the regions into Russia would represent a significant escalation of the war, as Moscow would be able to claim it is defending its own territory from Ukrainian forces.

That would raise the risk of a direct military confrontation between Russia and the NATO military alliance, a scenario that US President Joe Biden has said could lead to World War III, because NATO members are supplying arms and giving intelligence to Ukraine.

If formally admitted to the Russian Federation, the occupied territories, where Ukrainian counteroffensives have gathered pace in recent weeks, would also be entitled to protection from Russian nuclear weapons under Moscow’s nuclear doctrine.

On Thursday, former Russian President Dmitry Medvedev said any weapons in his country’s arsenal could be used to defend territories incorporated into Russia from Ukraine.