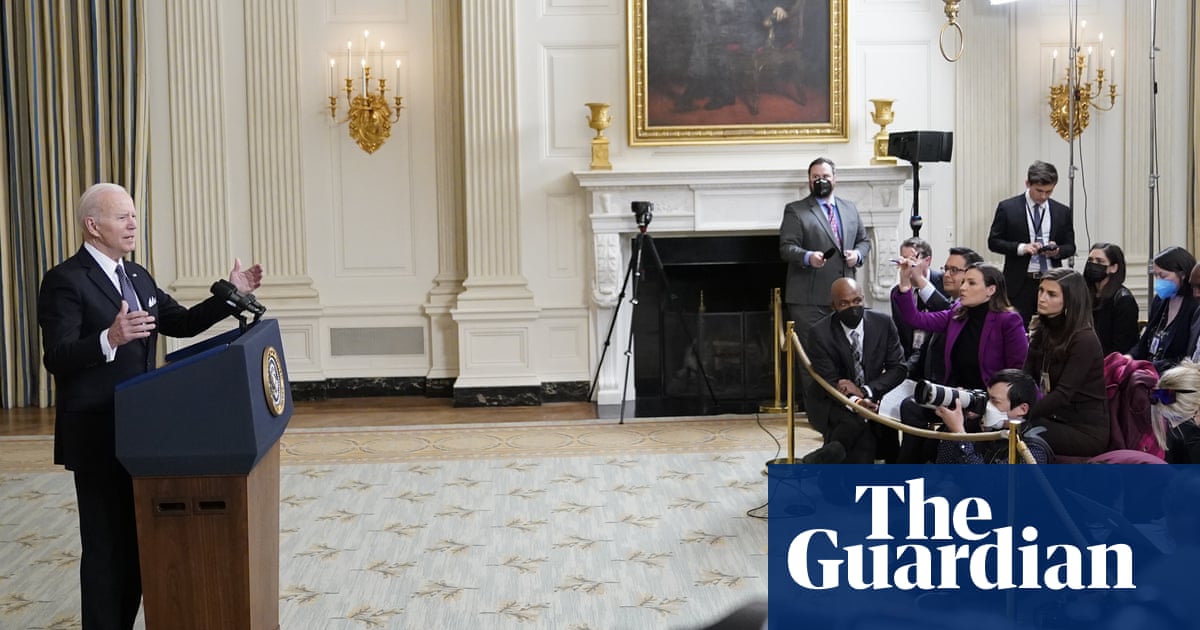 Joe Biden proposed a new tax on America’s richest households when he unveiled his latest budget on Monday.

The Biden administration wants to impose a 20% minimum tax on households worth more than $100m. The proposal would raise more than $360bn over the next decade and “would make sure that the wealthiest Americans no longer pay a tax rate lower than teachers and firefighters”, according to a factsheet released by the White House.

The plan – called the “billionaire minimum income tax” – is the administration’s most aggressive move to date to tax the very wealthiest Americans.

The tax is part of Biden’s $5.8tn budget proposal for 2023, which also sets aside billions for the police and military as well as investments in affordable housing, plans to tackle the US’s supply chain issues and gun violence.

“Budgets are statements of values, and the budget I am releasing today sends a clear message that we value fiscal responsibility, safety and security at home and around the world, and the investments needed to continue our equitable growth and build a better America,” Biden said in a statement.

Billionaire wealth grew significantly during the coronavirus pandemic, helped by soaring share prices and a tax regime that charges investors less on their gains than those taxed on their income.

“In 2021 alone, America’s more than 700 billionaires saw their wealth increase by $1tn, yet in a typical year, billionaires like these would pay just 8% of their total realized and unrealized income in taxes. A firefighter or teacher can pay double that tax rate,” the White House factsheet notes.

Under the plan households worth more than $100m would have to give detailed accounts to the Internal Revenue Service of how their assets had fared over the year. Those who pay less than 20% on those gains would then be subject to an additional tax that would take their rate up to 20%.

The Biden administration calculates that the tax would affect only the top 0.01% of American households, those worth over $100m, and that more than half the revenue would come from households worth more than $1bn.

The budget also looks set to tackle another issue that some economists have argued contributes to widening income inequality: share buybacks.

In recent years cash-rich companies including Apple, Alphabet, Meta and Microsoft, have used their funds to buy back huge quantities of their own shares, boosting their share price. Last year companies in the S&P 500 bought back a record $882bn of their own shares and Goldman Sachs estimates that figure will rise to $1tn this year.

Research by the Securities and Exchange Commission (SEC) shows that there is “clear evidence that a substantial number of corporate executives today use buybacks as a chance to cash out”.

The Biden proposal would stop executives from selling their shares for three years after a buyback is announced.