Skip to content
HomeEntertainmentSouth Pacific review: an inventive and exhilarating thing of wonder 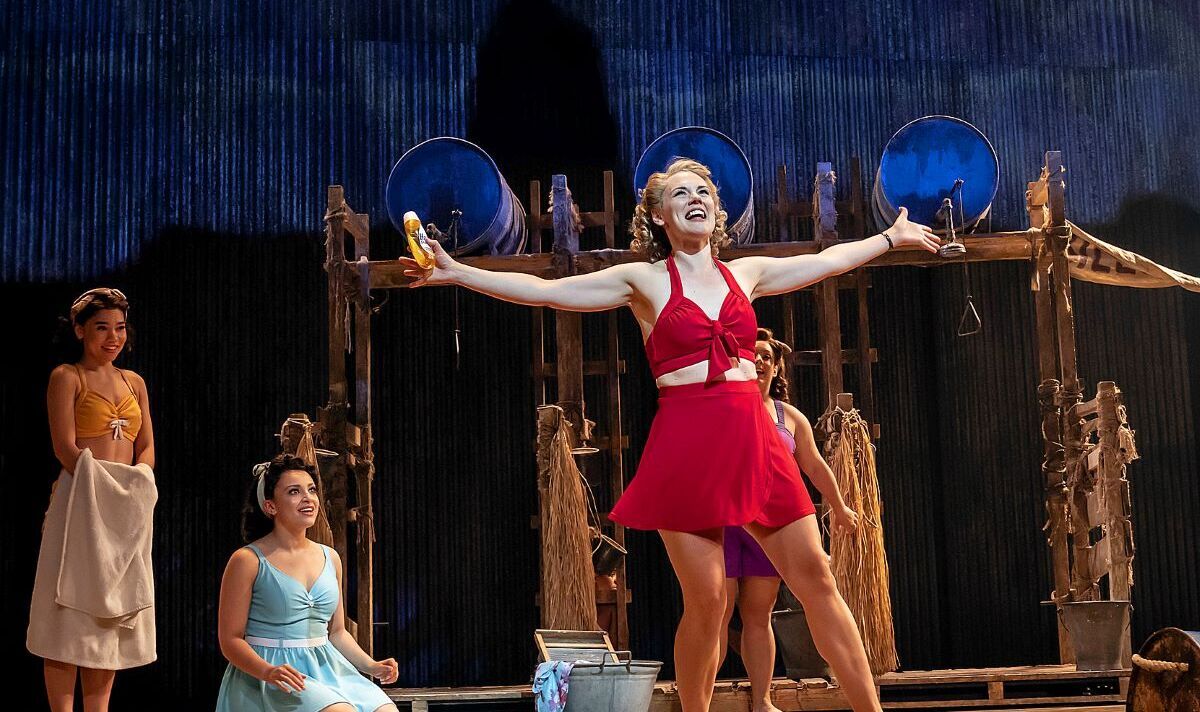 I haveve heard it said that if Shakespeare were alive today, he would be writing musicals, and South Pacific is one of very few that can hold its head up in the company of Much Ado About Nothing, Henry V and The Winter’s Tale.

On a remote island in the South Pacific, a unit of US Navy Seebees await news of the invading Japanese. As a romance develops between French expat-with-a-past Emil de Becque (operatically-voiced Julian Ovenden) and US nurse/entertainer Ensign Nellie Forbush (Gina Beck, channelling Doris Day’s Calamity Jane), restless troops compete for trade with the islanders led by Bloody Mary (Joanna Ampil).

Every song sets up a thrill of recognition – Some Enchanted Evening, Younger Than Springtime, There Is Nothin’ Like A Dame – while issues of mixed-race relationships, personal sacrifice and justifiable homicide are threaded through the story like titanium wire.

Each song is exquisitely delivered, from the big, joyful ensemble numbers like I’m Gonna Wash That Man Right Outa My Hair in the makeshift shower and the lamplit exoticism of Bali Ha’i to the devastating corrective to racism You Have to Be Taught and the heartbreaking This Nearly Was Mine.

Hats off to the entire cast including Douggie McMeekin as knavish entrepreneur Luther, who combines Sgt Bilko and Milo Minderbinder from Catch 22, and dancer Maehara Lyat whose expressive grace conveys oceans of emotion.

When the entire mood pivots on Emil calling out Nellie’s racism with a single word – by referring to his deceased Polynesian wife as “coloured” – it is clear that we are witnessing not just a great show but one of the most brilliantly calibrated musical dramas ever written.

There are heaps of good musicals around as well as some great ones. Then there is South Pacific. If you see one musical this year, it has to be this.

South Pacific is on at Sadler’s Wells until August 28 (UK & Ireland tour until November 19). Tickets: southpacificshow.com