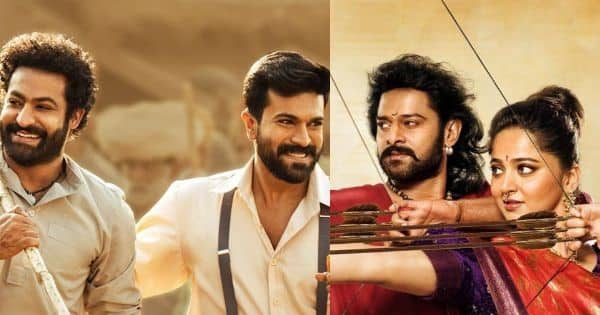 Director S.S. Rajamouli’s eagerly awaited epic, RRR, starring Jr. NTR, Ram Charan, Alia Bhatt and Ajay Devgn in an extended cameo, was delayed for the umpteenth time after earlier announcing that it would arrive in January, owing to a new set of theatrical restrictions, arising from the threat posed by the Omicron variant of COVID-19 and the effect it might have had on the movie’s box office collection. Well, now the movie has finally released, with theatres all over the country returning to normalcy, including 100% occupancy and night shows, too, operating as before. Well, if you’re among those who’ve already watched RRR on day 1 or are eagerly looking forward to it, then its box office opening is sure to send your excitement through the roof. Also Read – Trending South News Today: RRR smashes box office records on day 1, Nithiin’s Macherla Niyojakavargam first look and more

In doing so, SS Rajamouli’s RRR has also claimed the record for the biggest ever in the history of Indian cinema. So, which all movies has the Jr NTR and Ram Charan starrer (with Alia Bhatt and Ajay Devgn in extended cameos) beaten to claim the top spot? Here’s the new list of the top ten biggest openers of Indian cinema, including all languages (Note: only domestic and not overseas collections have been considered, owing to the difficulty to source overseas numbers, but, worldwide, too, RRR is Indian cinema’s biggest opener)… Also Read – Baahubali, Kapoor family and more – 14 Guinness world records made by Indian movies and film stars