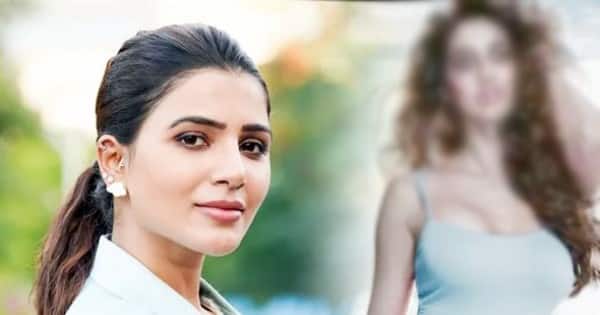 Samantha Ruth Prabhu set the screens on fire when she sizzled on screen alongside Allu Arjun on Oo Antava in Pushpa. Oo Antava became a top trend not just on music charts but also on Youtube, Instagram. And it is still a hit. Samantha’s sizzling moves left fans grooving across the country. Reels were made, dance challenges were created and whatnot. Samantha’s popularity increased evermore after featuring in Oo Antava. It was said that she is one of the most sought after actresses post her stint in Pushpa. Also Read – Salman Khan gets court summon for misbehaving with a journalist: Times when celebs lost their cool on media

And now, deets of a new item number in Pushpa 2 has surfaced. A report in Koimoi.com states that a well-known Bollywood actress might replace Samantha in the film. Yes, you read that right. Salman Khan‘s former co-star may feature in a special song number for the next instalment of Pushpa. Disha Patani‘s name has surfaced to be the top contender for the song in Pushpa 2. The sequel to Allu Arjun starrer is one most anticipated films of the year. It is said that the fans of Samantha Ruth Prabhu are unhappy. It seemed they expected Samantha to be back in the film with a new item number. Also Read – Samantha Ruth Prabhu DELETES all traces of Naga Chaitanya from her life

Talking about Disha Patani, the actress has previously featured in Do You Love Me, Slow Motion Mein and had impressed the fans with her groovy moves. Apart from her pretty smile and acting chops, Disha is known for her sensuality, fitness. She surely knows how to hold the attention of the audience. Also Read – Sunil Grover all set to resume work post his bypass surgery – read details

Meanwhile, Pushpa 2 will mark the return of other cast that is Rashmika Mandanna Fahadh Faasil, Jagadeesh Prathap Bandari, Sunil, Rao Ramesh, Dhananjaya, Anasuya Bharadwaj to name a few. Pushpa is helmed by Sukumar.