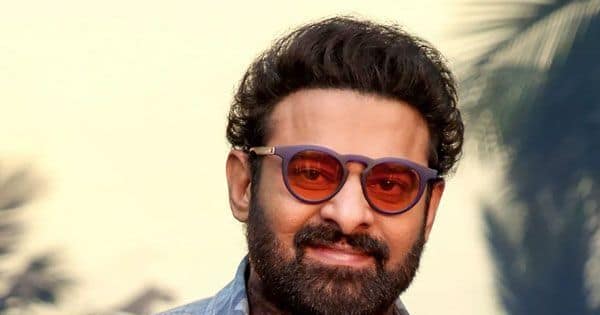 Prabhas and his projects are making news non-stop. Now, reports are coming that Tollywood’s big producer DVV Danayya has backed out from Prabhas’ movie that was supposed to be directed by Maruthi. This has been reported by Telugu film portal Great Andhra.com. The portal said that there is gossip that DVV Danayya has left the project. They have reported that DVV Danayya had already paid an advance of Rs 50 crore to the Baahubali star for the film. It seems he was supposed to dedicate one week in a month for this movie. However, Prabhas’ calendar is too full now. He is shooting for Nag Ashwin’s Project K and dubbing for Adipurush and Salaar. Also Read – Prabhas, Akshay Kumar and more stars who after back-to-back flops now desperately need a hit

With DVV Danayya backing out, the team is looking for a producer once again. They need someone who can apparently give an advance of Rs 50 crores to Prabhas and be patient enough for the dates. As per Great Andhra.com, there are rumors that UV Creations might take over the project. Prabhas has worked with them in Saaho and Radhe Shyam. But it looks like that is nothing happening. Another big distributor and producer was also keen to take on the Maruthi project but he is clear that he wants a commitment on the dates from Prabhas. Now, a big banner has come forward to back the movie. It seems the production house have had a huge hit recently. So, while the team remains unchanged, Prabhas’ film has a new producer. Also Read – Aamir Khan’s Laal Singh Chaddha, Prabhas’ Radhe Shyam and more movies starring superstars that were most-awaited films but turned out to be MASSIVE FLOPS

The movie is tentatively titled Raja Deluxe. It is going to be a comedy. Maruthi’s past few films have tanked at the box office. It looks like Malavika Mohanan will be the heroine of the film. Prabhas’ Salaar will come on theatres on September 28, 2023. The film will clash with Hrithik Roshan-Deepika Padukone’s Fighter. Salaar is made by Prashanth Neel with Shruti Haasan as the leading lady. Also Read – Prabhas Vs Hrithik Roshan: Saalar to clash with Fighter at the box office