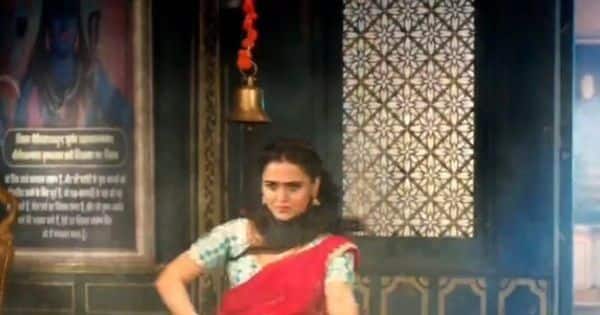 Rehan tries to get close to the new girl whom she has brought into his house to get physical with her. But little did Rehan knows that the girl has been planted by Pratha to expose his ill deeds. Pratha records their episode in her phone and rescues the girl from Rehan’s clutches. Pratha then shows the recording to the family members. Rishabh reprimands Rehan for his actions and slaps him right across his face. Also Read – Rupali Ganguly-Gaurav Khanna’s reel romance, Hina Khan-Helly Shah at Cannes 2022, Nakuul Mehta’s video and more – Meet the TV Instagrammers of the week

As Pratha tries to reveal what Rehan has done to the girl named Ambika, the latter switches gears and tells everyone that Pratha has given her money to speak against Rehan. An agitated Rishabh grabs her by her hand and kicks her out of the house. Pratha is heartbroken and inconsolable as she walks out. Seema comes out and mocks Pratha that she has been finished. Also Read – Naagin 6, May 21, Written Updates: Pratha tries to find the connection between Seema, Nevla and Chanda maa

Both Pratha and Rishabh are left heartbroken after everything that transpired. They cry and recall the past memories of their relationship. Ambika then apologises to Pratha that she had to stand against her because Rehan and his associates threatened to hurt her family members. Pratha accepts her apology and vows to teach these rich spoiled brats some life lessons, so that they would not be able to play with other girls feelings. Also Read – Trending celeb pics of the day: Shehnaaz Gill steals the limelight at Giorgia Andriani’s birthday bash; Karan Kundrra kisses Tejasswi Prakash and more

Here, Rishabh looks on at his photograph with Pratha and breaks the glass by crusing it with his bare hands. Rhea expresses her concerns and tries to kiss Rishabh to make him feel better. Rishabh snaps back at her and tells her that he is a married man and asks her to leave.

Later, Rishabh overhears Seema and Reynaksh talking about something. He rushes downstairs. Reynaksh tells Rishabh that Pratha has taken away his mother and kept her hidden somewhere in a temple. Reynaksh and Seema manage to convince Rishabh that Pratha is vengeful. Rishabh promises them that he will bring his mother back to him. Seema then tells Reynaksh that as soon as Rishabh brings Chanda maa out of the temple, she will kill him herself.

Here, Chanda maa tells Pratha and Mehek that she vividly remembers where their mother had hid Amrit Kalash. She tells them that Amrit Kalash is somewhere hidden in the country’s belly button. Pratha is now convinced that the Amrit Kalash is nearby the Ujjain temple. Meanwhile, Seema manages to poison Rishabh before he leaves home to trace Chanda maa’s whereabouts.

Pratha prays to Lord Shiva to show her the way to find Amrit Kalash. Lord Shiva gives hint that the Kalash is in Paataal lok. Pratha is now determined to bring it back. But Mehek reminds her that it is not possible even for Shesh Naagin to go to Paataal lok. Mehek tells her that she will be at her weakest self during the grahan and she will also have to do Tandav in order to open the gateway. Pratha says she will do anything to keep the Amrit Kalash safe from evil forces.

Here, Seema and Reynaksh leave with Rishabh in the car enroute Ujjain temple. While driving, Rishabh starts feelings dizzy and nearly misses hitting the traffic. Seema cheekily asks him if he is alright, however, she feels happy that the poison has finally showing its signs.

As Pratha performs Tandav, everything starts falling apart after the doorway to hell opens up. Mehek and Chanda maa get buried under the rubble. Pratha tries to help them but Mehek asks her to hurry up as she needs to come back before the 7th clock ticks off. Pratha makes a quick move and goes to Paataal lok in her Shesh Naagin avatar. Seema along with Reyanaksh and Rishabh too arrive near the temple premises. Pratha finally finds the Amrit Kalash. Now it remains to be seen if she would be able to protect it from the evil forces.