Skip to content
HomeEntertainmentLock Upp: Payal Rohatgi REVEALS she did black magic to boost her career, Kangana Ranaut recalls her past 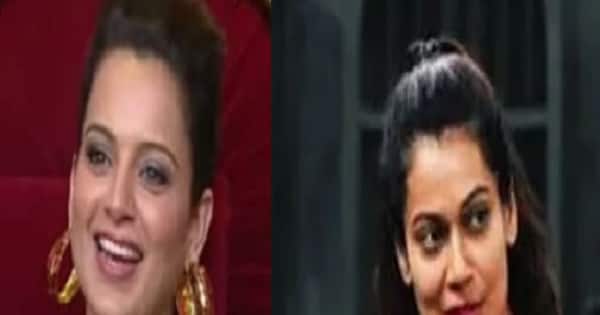 Lock Upp contestant Pay Rohatgi made a shocking revelation when asked to reveal one of her secrets. The actress revealed she did black magic to boost her career. In an interaction, she revealed that she did a vashikaran puja to save her drowning career. She said, “I have been in the industry for 15 years and there was a time when my career was not doing well. Shockingly or unschockingly, I had done tantrik puja (black magic) to push my career forward. My career wasn’t going well, someone told me I should get this puja (ritual) done. I don’t think any educated woman, woman or professional think that one should do the puja to take their career forward. I did the puja in Delhi via a priest. It was a vashikaran puja. I did vashikaran to save my career. It’s a different matter that it didn’t help me at all. It was for the producer with whom I wanted to work. I have not told anyone about this, not even my mom.” Also Read – Oscars 2022 Will Smith-Chris Rock row: Throwback video of Neil Nitin Mukesh asking Shah Rukh Khan and Saif Ali Khan to ‘shut up’ resurfaces

Kangana then joked and asked Sangram about his shocking reaction to his fiance Payal’s revelation, he said, “What did you do? Kaala jaadu (Black magic)? You tried to influence people by doing black magic. Payal, I think you are so beautiful and talented, you don’t need tantrik to influence people. You can anyway influence them.” Also Read – Trending Hollywood News Today: Will Smith punches Chris Rock at Oscars 2022, Kim Kardashian-Kanye West reunite for son and more

Recalling her past, Kangana added, “I think there is lot of prejudice. When I came in the industry, I was also told ‘This girl does black magic’. When a girl is successful, people doubt her credibility. There must be some magic power with her, how can she be successful? You have shown lot of strength in telling this though it bombed.” In past, Kangana was asked by her ex-boyfriend Adhyayan Suman of performing black magic on him in an exclusive chat with DNA. Also Read – Neetu Kapoor dances her heart out on Sawan Mein Lag Gayi Aag at a wedding; fans say, ‘You rocked it’ – Watch Video