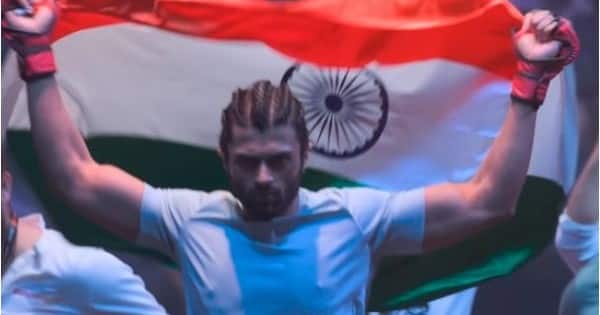 Vijay Deverakonda and Ananya Panday starrer Liger is all set to release on 25th August 2022. While the Telugu version hits the big screens tomorrow, the Hindi version will have its paid previews on 25th August and it will get a full-fledged release on 26th August. Liger is shot in Telugu and Hindi, and it will be dubbed and released in Tamil, Kannada, and Malayalam. With Vijay heading the cast, the movie’s main target audience is Telugu. So, what will be the first-day collection of Liger Telugu? Also Read – Liger First Movie Review out: VIjay Deverakonda, Ananya Panday, Puri Jagannadh film showered with praise; hailed as ‘Seeti mass entertainer’

BollywoodLife recently spoke to Trade Analyst Ramesh Bala about how Liger Telugu might collect at the box office on day 1. He told us, “Liger is in a better position and has a mass-friendly genre. In Telugu advance booking is rocking, so expecting good numbers in the Telugu markets. I am hoping that in South it should do around Rs. 15 crore.” Also Read – What to watch this weekend: Liger, Maharani 2, Delhi Crime 2 and more outstanding releases in theatres and OTT [Watch video]

Film exhibitor and distributor Akshaye Rathi is also very confident about the film’s business in the Telugu markets. He stated, “There’s no doubt that in down South it will open very strongly, and advance bookings in Telugu speaking states are very encouraging. So, I am expecting strong numbers in Andhra Pradesh and Telangana.” Also Read – Liger: Did you know Vijay Deverakonda has never said ‘I love you too’ to anyone? Here’s the shocking reason

Liger has created a good pre-release buzz. From trailer to songs, everything about the movie has grabbed the attention of the audience. However, the ‘Boycott Liger’ trend has created a small negative impact on social media. But, the trade experts feel that it won’t affect Liger much as it did to Aamir Khan starrer Laal Singh Chaddha.

Directed by Puri Jagannadh, Liger also stars Ramya Krishnan, Ronit Roy, and Vish in the pivotal role. Everyone’s eyes are on Liger and let’s hope that the film gets audiences back to the theatres.